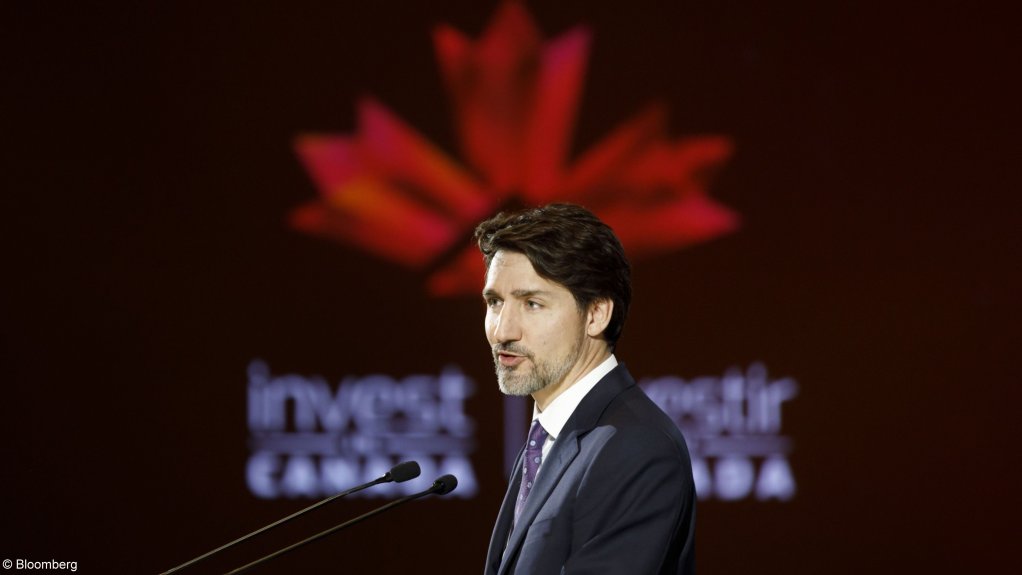 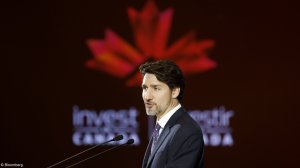 Canadian Prime Minister Justin Trudeau at the Prospectors and Developers Association of Canada convention in Toronto on Monday.

The Canadian government will extend the zero-emission-vehicle incentive for businesses to include offroad vehicles, like mining fleets, Prime Minister Justin Trudeau announced at a major mining conference in Toronto on Monday.

The incentive would make it more affordable for businesses to invest in zero-emission vehicles by providing a 100% write-off of the purchase cost of eligible vehicles and automotive equipment in the year they are put in use.

“Electric vehicles are not only for city streets. They are also for cleaner mining operations that protect the health of mineworkers and the environment,” Trudeau said.

The country has already made advances with electric mobility in mines. Newmont’s Borden mine, in Chapleau, Ontario, for instance, is an all-electric gold mine.

The Mining Association of Canada (MAC) said it strongly supported the announcement of the government's commitment to write-off the full cost of clean energy equipment.

"This announcement is welcome news for Canada's mining sector and responds to one of MAC's specific budget requests," said MAC president and CEO Pierre Gratton.

"Last year, Canada opened its first all-electric mine, and the deployment of electric vehicles across Canada is accelerating. Nonetheless, such equipment has a significant cost premium, so today's announcement will help de-risk such purchases and accelerate the adoption of electric vehicles at more mines. This news, coupled with recent announcements on critical minerals and the Canadian Minerals and Metals Plan, show the government is committed to enhancing our sector's competitiveness."

The announcement of a tax incentive for zero-emission vehicles to the mining industry comes as Trudeau spoke about the role that the industry could play in the country’s transition to a low-carbon, clean-growth economy.

He told delegates at the Prospectors and Developers Association of Canada convention that a thriving mining industry did not have to be an impediment to fighting climate change.

“They can not only be part of that fight, but essential partners,” Trudeau said, noting that the mining industry could profit from a global switch to clean growth.

“To produce high-density batteries and wind turbines, you need copper, nickel and cobalt. To build a solar panel, you need 19 metals and minerals. Canada is home to 14 of them.”

The Prime Minister reaffirmed his government’s commitment to limit carbon-pollution to net-zero by 2050, and reminded delegates that the government had put a price on carbon across all regions of the country.

Last week, the Alberta Court of Appeal, however, ruled that the federal carbon tax is unconstitutional because it intrudes on provincial jurisdiction.