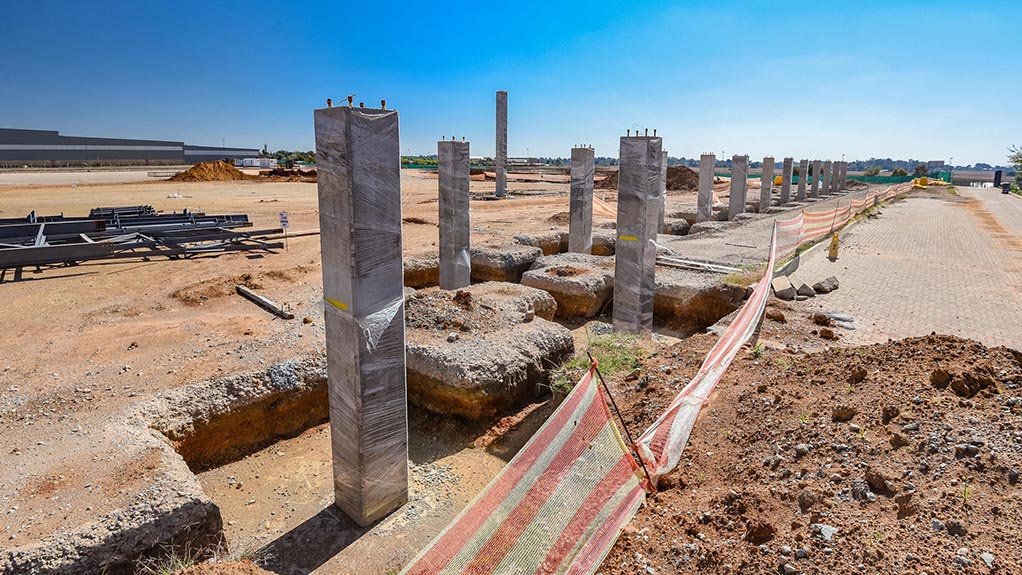 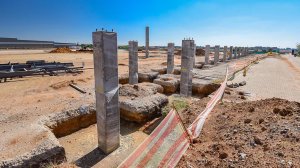 Work has begun in earnest at the Toyota Parts Distribution Warehouse in Atlas Road, East Rand, where Toyota South Africa Motors (TSAM) is doubling the facility’s size from 40 000 m² to 80 000 m².

TSAM is investing R365-million in the project and, when completed in 2021, the facility will be the largest automotive parts warehouse in the southern hemisphere.

“This investment will strengthen our position as a Toyota regional manufacturing hub with an ability to fully support any locally manufactured vehicles, regardless of the destination,” says TSAM president and CEO Andrew Kirby.

The expanded parts distribution warehouse will allow TSAM to improve the availability of service and replacement parts for all its vehicles – including Toyota, Hino and Lexus.

The facility will support more than 250 dealerships in the Southern Africa region, as well as 70 international destinations where South African-built Toyota vehicles are found.

The current warehouse building was officially opened in 2012 and was designed to be environmentally sensitive.

It has a water collection and irrigation system aimed at reducing the total water consumption at the facility.

There is also an underground retention tank with the capacity to hold up to 175 000 l of rainwater, collected from the warehouse roof, and then drained through a bio-filter before it is used to irrigate the landscaped areas.

The new phase will feature a two-million-litre tank for the harvesting of rainwater.

Already a state-of-the-art mega distribution centre, the warehouse will be turned into an ultra-facility, absorbing all the operations from the company’s first warehouse of 22 000 m2 located in Sandton.

“The sheer size and scale of the warehouse we are building is a clear indication that we are committed to the South Africa automotive sector, as well playing regional hub to the rest of the continent,” says TSAM sales and marketing senior VP Leon Theron.

While progress on the construction site was slightly hampered by lockdown in the months of April and May, both TSAM and developer Investec – who built the original structure – are positive that the facility will be officially opened next year.

“The project has been delayed and will now also be impacted by the December holiday period. The original plan was to complete construction by end of November, but we then lost two months due to lockdown,” says TSAM customer service VP Anand Pather.

The design and layout of the Phase 2 facility have already been updated to promote physical separation, social distancing and adequate ventilation, while it also provides space for temperature screening.