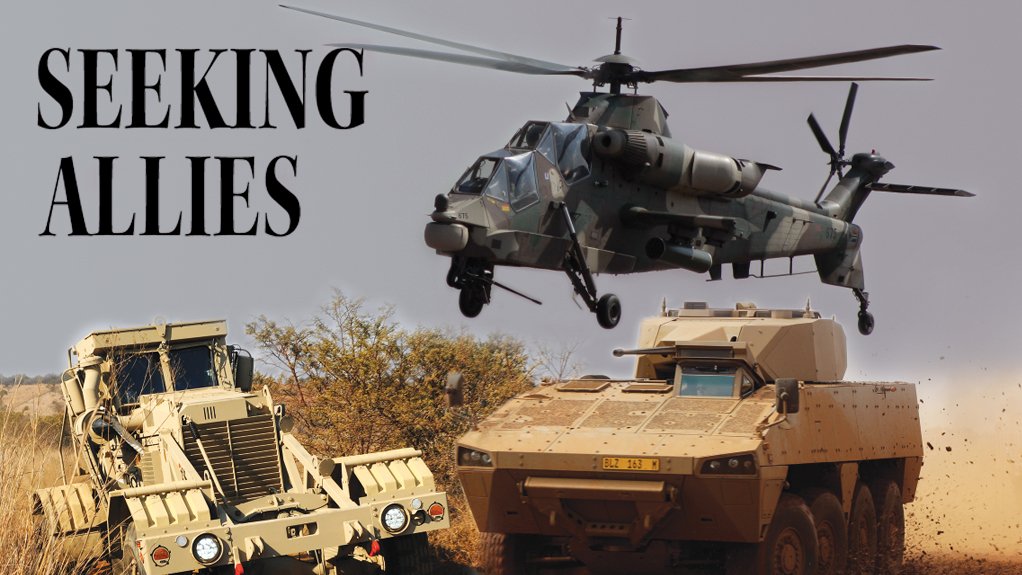 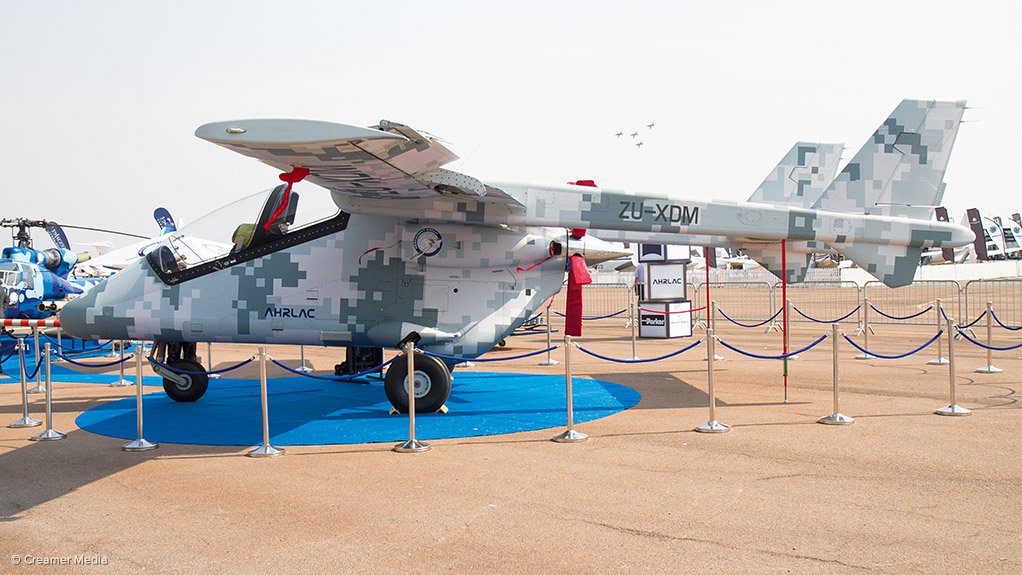 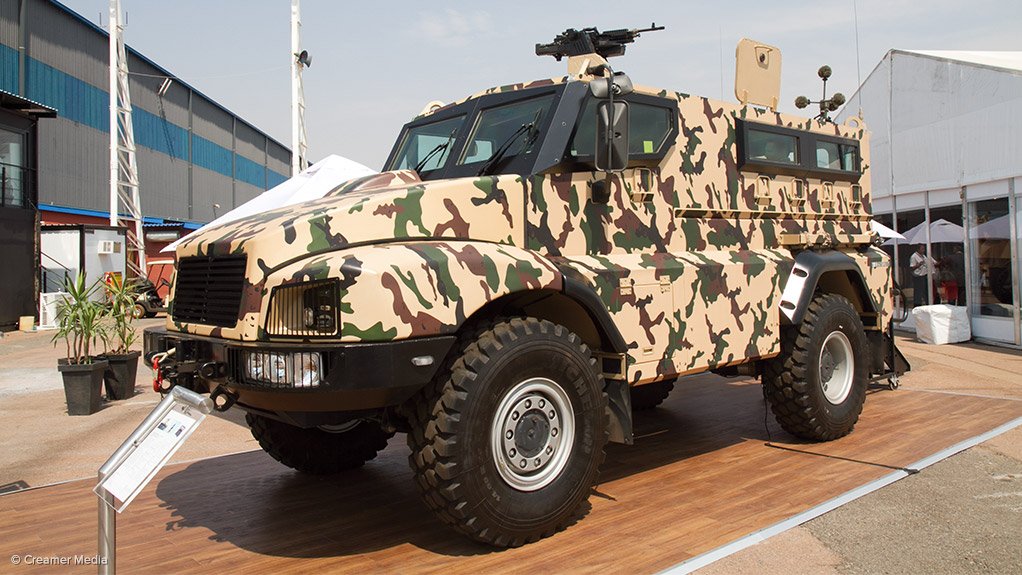 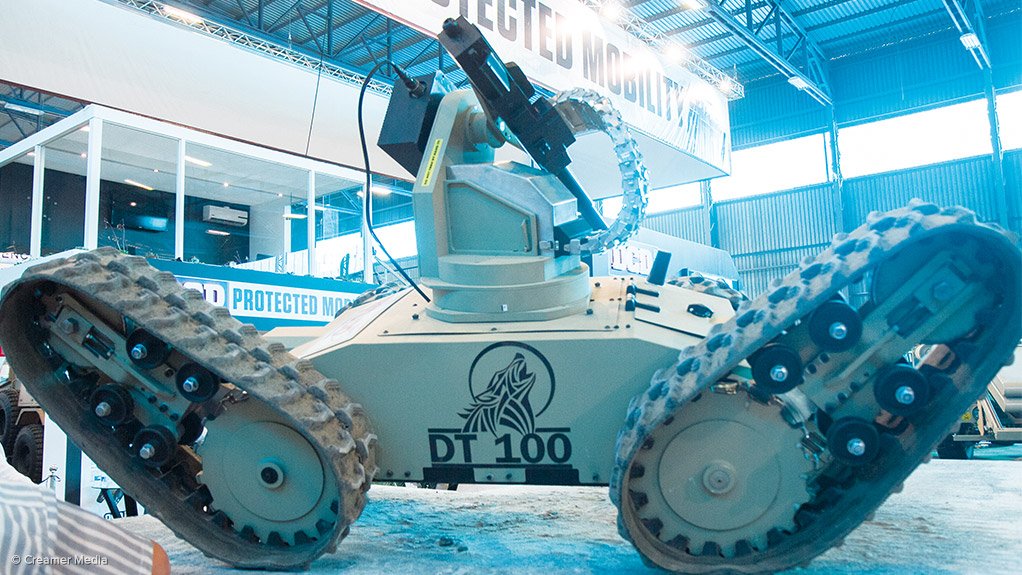 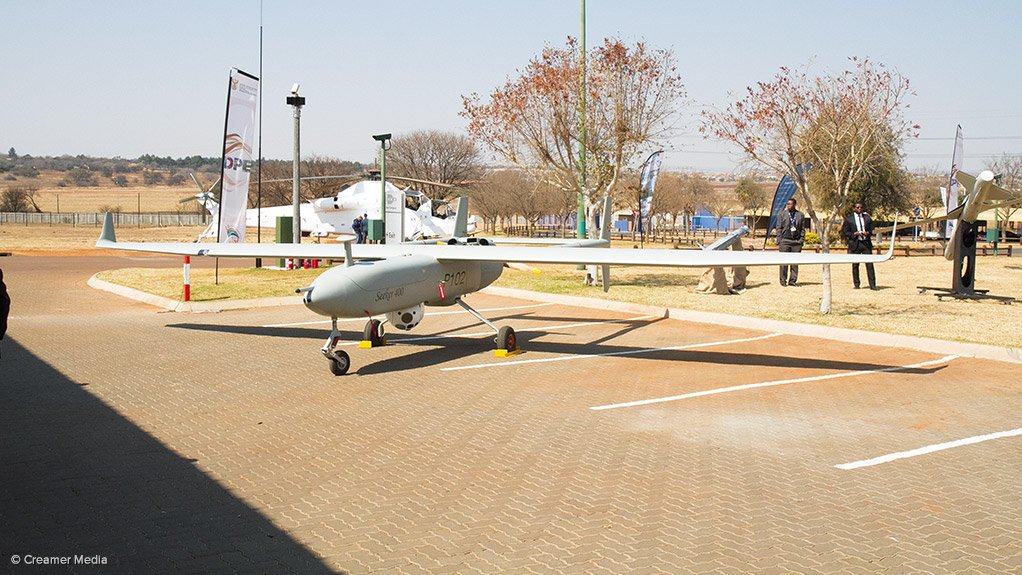 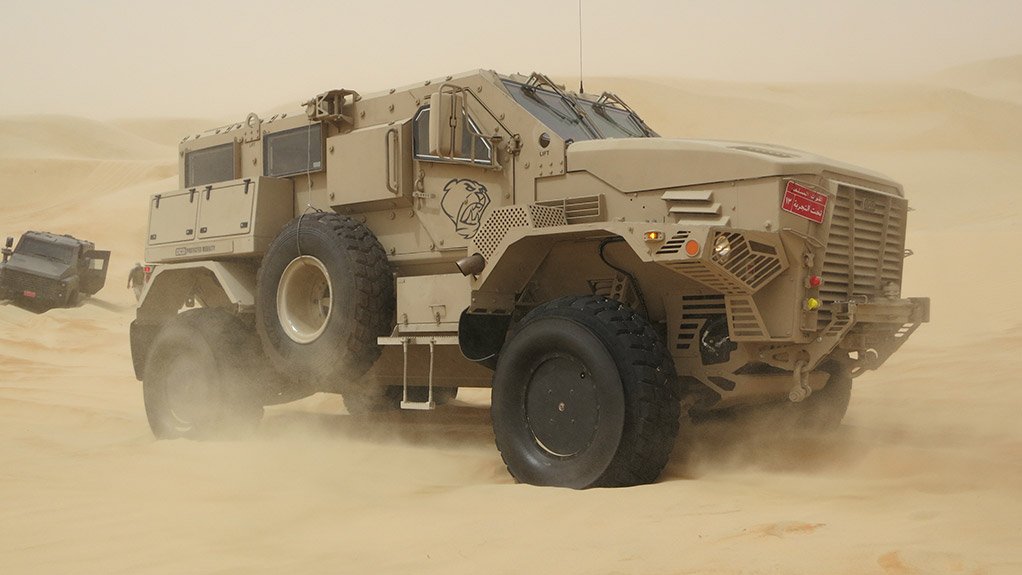 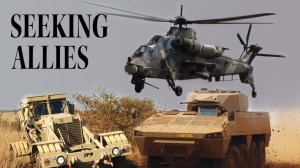 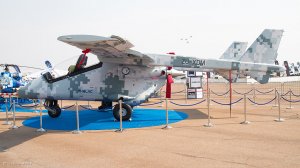 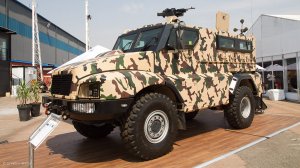 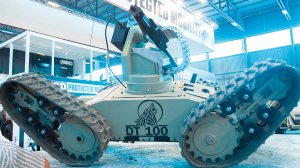 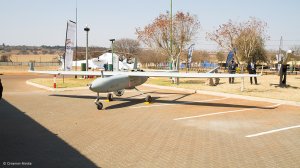 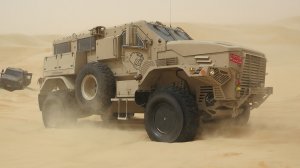 South Africa’s defence, aerospace and maritime industries contribute to the country’s economy through the development and maintenance of high-level scientific, engineering, technological and technical skills and jobs, as well as advanced design, development and manufacturing processes. They have developed excellent reputations in the global market and the bulk of their production is exported, earning most of their revenues in hard currencies. South African aerospace and defence products – ranging from complete systems to subsystems to major components to parts – can be found in service on virtually every continent.

According to the South African Defence Industry Directory 2014–2015, in 2012, the broad South African defence industry (that is, including aerospace and maritime companies) had a total turnover of R13.3-billion (of which 67% was from exports) and directly employed 15 000 people. It spent R1.2-billion on research and development and achieved “value added” to the tune of R5.8-billion. It paid R1.2-billion in taxes to government.

However, to give scale, the National Association of Automobile Manufacturers of South Africa reported that the automotive industry is responsible for some 30% of the country’s manufacturing output and last year accounted for 11.1% of South Africa’s total exports (worth R102.7-billion – automotive exports in 2012 came to R94.9-billion). The industry directly employs 29 900 people. These figures exclude the automotive components industry, which, according to the Department of Trade and Industry (DTI), had sales of more than R75-billion in 2011, 35% of which were exports, and directly employed some 70 000 people.

Thus, the South African defence industry is still relatively small, even by local standards. Yet, while individual companies might be (or have recently been) struggling, the industry as a whole is also clearly successful. How can this success be built upon? How can the sector grow and increase its contribution to the economy? To further stimulate the dis- cussion, State-owned defence industrial group Denel on September 15 held the first Denel Aerospace, Maritime and Defence Conference, just 48 hours before the start of the Africa Aerospace and Defence (AAD) 2014 exhibition.

In his address to the conference, Denel Group CEO Riaz Saloojee stated that an objective of the conference was “to develop a common appreciation of the challenges and opportunities currently facing the industry . . . It is common cause that the global defence, aerospace and maritime industries are in the middle of a period of transition and uncertainty.”

Home Front In the domestic arena, a key development has been the release of the Defence Review. This calls for modest increases in defence spending over the coming years in order to, initially, halt the current decline in the capabilities of the South African National Defence Force (SANDF) and then, subsequently, to rebuild it. This would take place over a period of 25 years. The review also recognises the importance of the local defence industry, although, naturally, more in terms of its role in national security than in terms of producing high value added manufactured exports.

The Defence Review was welcomed by the Minister of Defence, but it has still to be approved by Parliament and progress in this regard is very slow. Nevertheless, Secretary for Defence and Military Veterans Dr Sam Gulube assured in his presentation to the conference that the South African Department of (DoD) will support the future development of the South African defence industry. “We will also support the industry in its international export efforts. A vibrant defence industry is a national asset.”

He assured that the DoD would work with its partners in the National Defence Industry Council (which is not yet fully functional). It would align its acquisition policies with those of the DTI and with the National Development Plan. He noted that local manufacture of defence systems would help South Africa’s socioeconomic development.

“We will acquire our equipment in such a manner as to ensure sovereign control over certain technologies to ensure our independence,” he explained. Among these technologies are software, including key algorithms and the optimisation of equipment and systems. This, however, does not rule out partnerships with foreign countries and companies. “We will develop locally, where that makes sense,” he stated. “We will manufacture locally to foreign designs, when that makes sense, and import when the is no alternative . . . When we import equipment, we expect industrial participation.”

For the SANDF, the Defence Review states four strategic goals. Goal 1 is to defend and protect South Africa; Goal 2 is to safeguard South Africa (for example, secure the country’s borders); Goal 3 is to promote peace and security (outside South Africa); and Goal 4 is entitled “developmental and other ordered tasks”.

Regarding the defence industry, South African Navy deputy chief Rear Admiral Hanno Teuteberg reported, the Navy would like to see its projects – codenamed Biro and Hotel – acquire, on the one hand, new offshore and inshore patrol vessels and, on the other, a new hydrographic ship, used to develop the local shipbuilding industry and create South African maritime original-equipment manu- facturers (OEMs) that could also supply other African navies and provide domestic maintenance and sustainment capabilities.

As for the South African Air Force (SAAF), its deputy chief, Major General Gerald Malinga, stated that for “the SAAF, a local defence industry affords benefits to South Africa”. Among other things, it helped the country become a “learning country” and not to be a “technology colony”. It allowed the development of unique “winning edge solutions”, the optimisation of systems to local conditions and concepts, the integration of various platforms to create unique capabilities, the integration of new weapons and systems on platforms, experimentation, test and evaluation and reduction of dependence on standard overseas systems. The SAAF sees the local defence industry as a strategic partner.

Alliances The aspirations of the arms of the SANDF are one thing – funding them is another. Defence spending remains low, at 1.2% of gross domestic product, at best. And, despite the Defence Review, there is no sign yet that there will be any meaningful improvement. This means that the main focus of the local industry has to remain exports. But, in a world in which more and more countries are seeking to develop their own aerospace, defence and maritime industries, the global market is becoming ever more competitive.

Denel Land Systems (DLS) CEO Stephan Burger argued that the response to this was for local companies to collaborate with each other and with international partners. “If this [collaboration] is not part of your business plan, the sustainability of your business is in doubt,” he warned. As an example, he cited the new Badger infantry fighting vehicle, being acquired by the South African Army under Project Hoefyster. DLS is the prime contractor, but, for example, the technology for the vehicle comes from international partner Patria and the gun drive comes from another international partner, Curtiss Wright.

“We regard ourselves as an industry leader and we can only do that through partnerships and trusted relationships,” he affirmed. One has to be the best, but Denel cannot be the best at everything – hence, the importance of collaboration. “The Badger consists of about 5 000 replaceable items. We manufacture eight at Denel Land Systems!”

He pointed out that Denel existed to support the strategic needs of the SANDF. “We see Denel as playing a primary role as a systems engineer and integrator.

“In our role as being a prime contractor, we believe it is absolutely important that [defence acquisition agency] Armscor and the industry, our technology partners, are all aligned,” he stated. “We believe that Denel can play a major role in bringing all these visions together.”

As for Armscor itself, it, too, supports collaborations and partnerships, between local companies and between local and foreign enterprises. “I’m calling for partnerships to share research and development costs, manufacturing costs and even markets,” urged Armscor acting CEO Johannes Mkwanazi. And those partnerships should include other African countries. “We have such experience with strategic partnerships with Western countries, with Ibsa – [India, Brazil, South Africa Dialogue Forum] – and Brics – [Brazil, Russia, India, China and South Africa] – but I am calling for similar partnerships in our own region.

“Armscor stands ready to participate in Pan African trade relations side by side with the local defence industry, especially our sister State-owned company, Denel,” he added. “Armscor wants to do this in partnership with other countries, especially the Brics and African countries.”

Consequently, the South African aerospace industry could serve as the foundation for the growth of the African aerospace industry. However, in addition to supporting overseas OEMs, the local industry should also have its own aircraft project to maintain local OEM design, development and manufacturing skills developed through the Rooivalk attack helicopter programme. This would further strengthen the local sector and make it an even more desirable international partner. DAe and sister company Denel Aviation have proposed the South African Regional Aircraft project as such a programme.

DCD Protected Mobility GM Andrew Mears cited partnerships as a basis for success. “We are a global leader in the design, manufacture and support of special-purpose tactical wheeled vehicles. We see our business as assured mobility, or, more particularly, route clearance – [clearing land mines and improvised explosive devices],” he explained. “With our local and international partners we have become world leaders in route clearance. We have created very valuable partnerships and friendships, especially in the US.”

The very next day after the conference, DAe provided a concrete example of both local and international collaboration when it signed a tripartite memorandum of understanding (MoU) with South African private-sector aerospace group Aerosud and European company Airbus. In terms of the MoU, the three companies will jointly develop industrial projects that will enable Aerosud and DAe to jointly bid for work packages on Airbus airliner programmes that would be larger than the work packages each could bid for on its own.

Another, although less prominent, theme at the conference was consolidation. This is an important trend in the industry worldwide. “Denel has taken the bold step to consolidate,” said Burger. The group is in the process of acquiring BAE Systems Land Systems South Africa, which produces medium armoured vehicles. Mears agreed. “Consolidation is needed in the South African industry,” he said. “There are too many [players].” “But consolidation is not everything,” cautioned Burger. “Collaboration is important.”