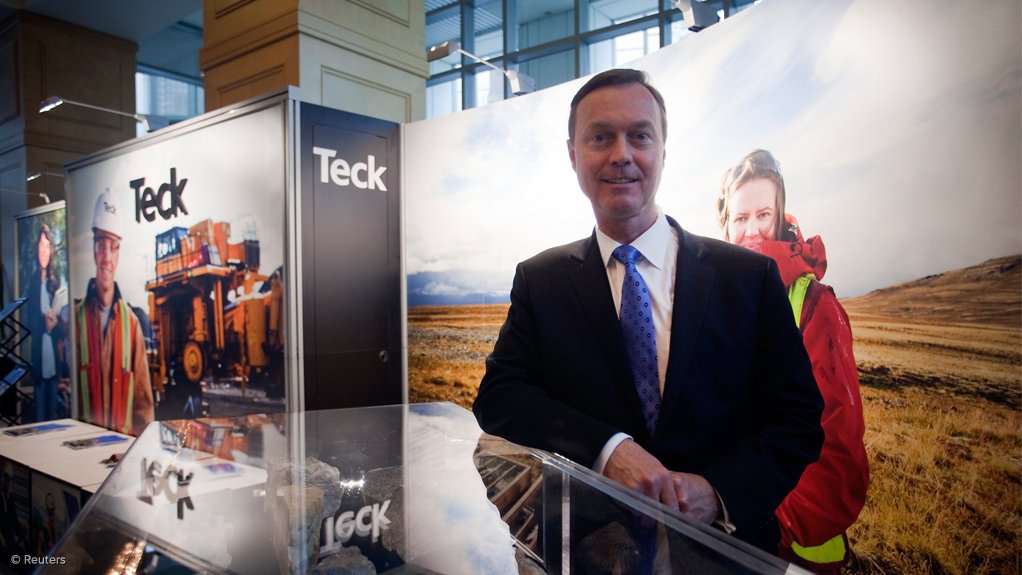 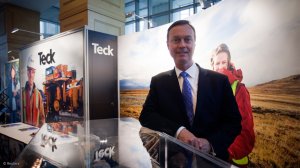 Notwithstanding the challenges related to the fast-spreading coronavirus, Canadian diversified miner Teck Resources president and CEO Don Lindsay on Wednesday reported that all the group’s operations remained in production, albeit on a reduced basis.

The Vancouver-headquartered group announced that it had slowed operations and reduced its crews by up to 50% of regular levels at its steelmaking coal operations and Highland Valley Copper operations, in British Columbia, in response to the Covid-19 pandemic.

These measures started on March 25 and would be in place for an initial two-week period.

At the Trial Operations, also in British Columbia, the number of employees on site had been reduced by one-third, while production continued at planned rates.

While production levels would vary from site to site, Teck’s overall steelmaking coal production would be reduced to between 80% and 85% of normal levels during the initial two-week period.

This comes as the miner reported better-than-expected results from the steelmaking coal unit, which had a rough start to the year, with sales threatened by heavy rain, snow and mudslides.

But Teck on Tuesday reported that results in the steelmaking coal unit improved significantly in late February and March, with first-quarter sales estimated at 5.6-million tonnes, exceeding its guidance of 4.8-million to 5.2-million tonnes.

At the same time, it expected adjusted site costs of sales of about $65/t, which would be “well below” previous expectations.

Further, in spite of a difficult start to the year, the steelmaking coal logistics supply chain performed well for the remainder of the quarter, with CP and CN recovering from early weather-related disruptions and blockades.

Regarding capital projects, the miner said that the Neptune facility upgrade continued to advance and major equipment deliveries were on track.

The shutdown at the Elkview Operations to complete the plant expansion from seven-million tonnes to nine-million tonnes was also progressing and would be completed by mid-April.

Meanwhile, at Red Dog, in the US state of Alaska, zinc production remained at planned levels, despite significant travel restrictions and modified schedules required to maintain safe operations due to the fly-in, fly-out nature of the operation.

In Peru, the Antamina mine continued to operate at full production levels with less than half of the normal workforce.

At Carmen de Andacollo in Chile, full production had also been maintained to date with reduced workforce levels. Construction of the QB2 project, in Chile, remained suspended.

Citing the high degree of uncertainty associated with the current Covid-19 crisis, Teck suspended its guidance for 2020.

“Covid-19 has the potential to affect both our customers and certain of our suppliers, and we are closely monitoring potential impacts on demand for our products, as well as our supply chain.

"Our operating plans will depend in part on regulatory restrictions that may affect our business, as well as the progress of the pandemic generally, and the extent of additional measures, if any, required to protect the health and safety of employees. The actual degree and duration of production slowdowns and/or staff reductions and related costs is unknown at this time,” said the company.