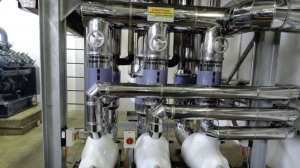 BREATHE IN BREATHE OUT Reducing harmful greenhouse gases is expected to lessen global warming by up to 0.5 ˚C by the end of the century

The Department of Environmental Affairs has drafted a phase-out plan for the use of hydro chlorofluorocarbons (HCFCs) across industries to be down to 2.5% by 2030, with the refrigerants industry already achieving results of 2 556 t in 2016, compared with 3 163 t in 2013.

South African Refrigeration & Air Conditioning Contractors Association (Saracca) director Barney Richardson says companies have been facing a constant decrease in the importation of R-22, especially, which is a colourless gas commonly used as a refrigerant and propellant for air conditioning, heat pumps and refrigeration.

Saracca says the HCFC plan was gazetted in May 2014 and is still due to be signed in accordance with the Kigali amendment, which is an agreement signed by various countries globally to commit to reduce the production and, subsequently, the consumption of the harmful greenhouse gases – HCFCs – by more than 80% over the next 30 years. Reducing HCFCs under the Kigali amendment is expected to lessen global warming by up to 0.5 ºC by the end of the century.

Changing from harmful HCFC refrigerant gases to natural alternatives as required by the Kigali amendment stems from the Montreal Protocol of 1987 and its amendments. The protocol is an international treaty designed to phase out the production of several groups of ozone-depleting and global warming potential substances that are classified according to chemical families.

The protocol further divides the world economies into three groups, each with a target phase-out date for eliminating the use of HCFCs completely.

The richest countries, including the US and some in the EU, will stop the production and consumption of HCFCs from 2019.

Other countries, including China and Brazil as well as the African continent, are required to stop using HCFCs by 2024.

A small group of the world’s hottest countries, such as Bahrain, India, Iran, Iraq, Kuwait, Oman, Pakistan, Qatar, Saudi Arabia and the United Arab Emirates, have the most lenient timeframe and will stop HCFC use by 2028.

Richardson notes that using alternative, natural refrigerants is placing a great responsibility on the refrigeration practitioners, as the mechanics have to accommodate new refrigerants.

“The mechanic installation type of skills have to be upgraded to handle new gases, and it is also not common knowledge how the gases will react with equipment in the long run,” Richardson points out.

He says natural refrigerants – such as carbon dioxide (CO2) and ammonia, which are often used in supermarket refrigeration – are coming into favour as an alternative refrigerant.

He adds that hydrocarbons, also an alternative, are used in small refrigeration units, however, these are highly flammable and need specialised handling skills.

“Methylene fluoride is also considered for use in rooms and packaged air conditioners,” says Richardson, adding that this is an indication that the alternatives to harmful HCFCs suit various applications.

There is no one-stop alternative refrigerant gas for all applications, he says, but adds that effort is being made to find the most suitable alternatives for every application to avoid using harmful HCFCs.

“South Africa can compare favourably with European countries, Japan and Australia in terms of using alternative refrigerants as an innovative promoter of CO2 refrigeration.”