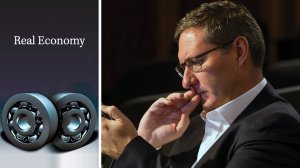 At the peak of South Africa’s load-shedding crisis, much emphasis was given to adding new capacity, especially private capacity, as well as to increasing energy efficiency. These remain laudable objectives. However, in the absence of demand growth, the most important issue then, and now, lies in ensuring that the existing fleet of coal-fired power stations delivers the power for which it is designed.

To be sure, if Eskom had been able to operate anywhere close to its old 90-7-3 operating model, South Africa would never have descended into an electricity crisis. Under that framework, the power stations would be available 90% of the time, with planned outages of 7% and little room (3%) for unplanned breakdowns. Some believe the model may have been unrealistic and that, in the context of an ageing fleet, sustaining an energy availability factor (EAF) of 90% helped precipitate the high level of breakdowns and the eventual slump in the EAF below 70%.

After the collapse on November 1, 2014, of a coal silo at the Majuba power station, which followed not long after the Duvha Unit 3 explosion, it became critical for Eskom to focus on fleet stability and recovering its fast-deteriorating EAF. In the event, the utility and the now defunct war room established by Cabinet in December 2014 set a new 80-10-10 objective, to be achieved by 2021.

However, the State-owned electricity producer reported last week that it may well be on course to achieve an EAF of 80% well ahead of that deadline, possibly during the current financial year. CEO Brian Molefe reported that the EAF recovered to 78.6% between April and June this year, a material improvement on the 69.6% reported for the corresponding period in 2015. The figure, Molefe said, had climbed to above 80% in June and July.

The improvement added over 3 700 MW of capacity period-on-period, the equivalent of a large power station. It also facilitated a sharp fall in the use of the diesel-fuelled open-cycle gas turbines in the Western Cape, where energy sent out fell from 1 801 GWh in the first quarter of Eskom’s 2016 financial year to only 16 GWh in the same period this year. Period-on-period diesel costs also fell 98%, from R3.9-billion to R86-million.

The performance is laudable. However, the critical question is whether an 80%-plus EAF can be sustained over the medium to long term. If it can, it changes the supply dynamics materially, with Eskom – which is also adding significant new capacity – moving into surplus once more. In other words, in a back-to-the-future-type scenario, it will be looking for new markets, rather than introducing levers of dampening demand.

But, before South Africa pulls back from any of its plans to introduce new generation capacity, it will be important for government to conduct an independent assessment of whether an 80% EAF can indeed be sustained, particularly at some of the older stations. There are a number of risks, not least being in the area of coal supply and quality.

If it can be sustained, then electricity could, once again, become an export earner, while the prospect of reliable supply could even become an investment draw card – what a change that would be from the recent past.