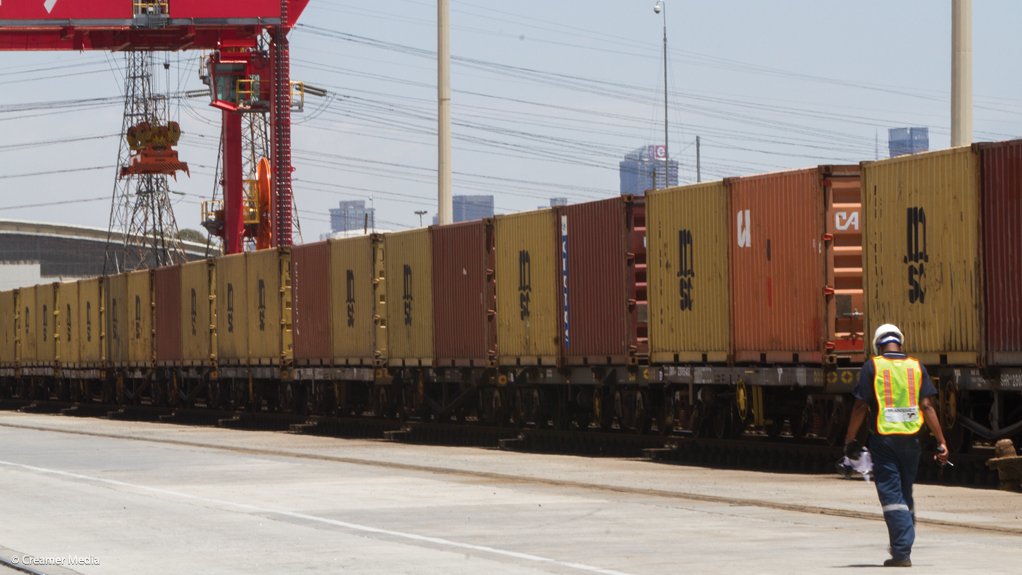 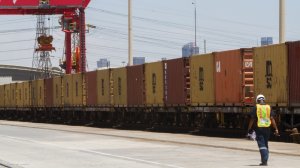 State-owned freight logistics utility Transnet has named a consortium led by black-empowerment group Southern Palace as the preferred bidder for a 20-year concession to build and operate a new R2.5-billion inland container terminal in southern Gauteng.

The public­–private partnership, dubbed the Tambo Springs Intermodal Terminal, is expected to reach financial close by September, with sod turning currently set down for November.

All going to plan, the 225 000 twenty-foot equivalent unit (TEU) a year facility will begin operating during the third quarter of 2022, but the concession agreement includes scope for an expansion to 560 000 TEUs a year. It also allows for the concession term to be extended.

Besides Southern Palace, which has holdings in various industrial companies such as Scaw, Genrec and Concor, the consortium includes Italian infrastructure group Ferrovie dello Stato Italiane, as technical partner, as well as local supply-chain company Makoya, as logistics and marketing partner.

Transnet chief business development officer Gert de Beer says the selection process took longer than anticipated partly because of the group’s recent governance failings, which have been ventilated at the Commission of Inquiry into State Capture.

As a result, the new board, led by Dr Popo Molefe, insisted that the process be revalidated to ensure it did not fall foul of either the group’s stated public-sector-participation policy, or South Africa’s legal requirement for such public procurement processes to be fair, transparent and competitive.

The terminal will be developed on a 607 ha property near Vosloorus, in Ekurhuleni, which has been earmarked for development of a larger multi-modal logistics hub being promoted by the Tambo Springs Development Company.

Transnet Freight Rail’s Natcor corridor, linking the inland market of Gauteng with the Durban Container Terminal, in KwaZulu-Natal runs through the property, which is also adjacent to the N3 motorway.

The terminal and the hub are aligned with government’s Strategic Infrastructure Project 2, which aims to develop growth-supporting infrastructure along the Durban-Free State-Gauteng Corridor. The intermodal terminal also forms part of the Gauteng Integrated Transport Master plan.

In addition, the Gauteng government plans to invest R6.5-billion to strengthen the road infrastructure around the Tambo Springs Logistics Gateway.

About 60% of South Africa’s import and exports flow through Gauteng and yearly container movement to and from the province is expected to grow to four-million TEUs by 2021, from three-million TEUs currently. The new terminal should, thus, ease pressure on Transnet’s existing inland container terminal at City Deep.

Tseki says it will also incorporate state-of-the-art technology and systems, which will help to improve the cost and efficiency of logistics in Gauteng, as well as the experience of cargo owners.

The focus between June and September will be on dealing with outstanding conditions precedent, including the purchase of an additional tract of land, and on finalising project funding, which will comprise 70% debt and 30% equity.