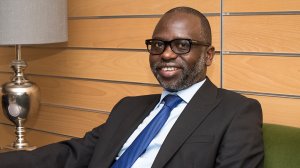 For the South African mining industry to thrive, it needs to focus on its competitiveness and it should embrace the Fourth Industrial Revolution (4IR), says University of Johannesburg Vice Chancellor and principal Professor Tshilidzi Marwala.

He spoke during the Joburg Indaba’s Modernisation in Mining event on February 24.

To close the competitiveness gap, Marwala said, some serious decisions need to be made soon to increase domestic competitiveness. These involve investing in human capacity development, especially in the areas related to the technologies associated with the 4IR, artificial intelligence, the Internet of Things, blockchain, quantum computing and robotics.

“We need to invest across the board, the earlier the better,” he said, adding that investment into 4IR also needed to take place from primary school level all the way to tertiary education.

Further, he pointed out that South Africa, and the mines within it, needed to develop a better understanding of data. “Data is the new oil and unless we are able to refine and use data to increase our competitiveness, then we will lag behind.”

However, some issues in getting, understanding and building on data include inappropriate digital infrastructure, such as mobile telecommunications spectrum. He posits that the South African mining industry should be “fighting for its own spectrum”, because the number of robots that will be communicating with one another in a highly modernised and automated mining environment will require spectrum independent of those provided by the telecommunications industry.

Another factor that can boost the local mining industry is incentives, such as tax breaks, to accelerate the adoption of new technologies, said Marwala.

"We will only be able to do this if we put rules and regulations in place to make this possible."

In terms of technologies, he pointed out that they work best in highly structured environments, such as in the automotive industry.

“However, when it comes to mining, we are dealing with temperatures as high as 55 °C, humidity that is very high and an environment that is unstructured.”

Therefore, the infrastructure required for mining has to be “at a different level”, Marwala said. For instance, he explained, a sensor employed underground needs to be different to those used above ground.