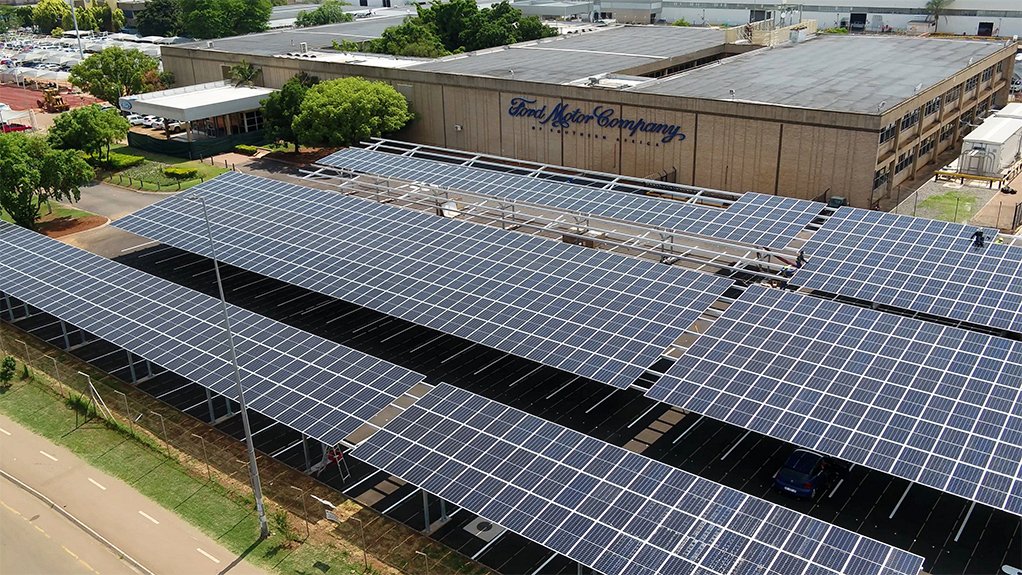 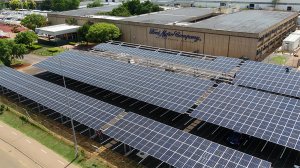 The project forms part of a larger programme ­– Project Blue Oval – to develop an integrated renewable-energy solution for the facility, with the aim for the plant to be entirely green and energy self-sufficient by 2024.

This means the plant – which produces the Ford Ranger, Ranger Raptor and Everest vehicles for the domestic market, as well as export to more than 100 global markets – will no longer rely on the national power grid.

Project Blue Oval is a partnership between Ford and Uhuru Africa.

Uhuru Africa is a joint venture between Uhuru Energy and SolarAfrica Energy.

When completed, this will be one of the largest solar carport developments in the world, covering 4 200 parking bays.

The project will also introduce 100% water recycling, and all non-fermentable waste will be repurposed through a pyrolysis system to produce syngas.

Phase 2
Among other solutions, Phase 2 will see the introduction of biogas as a source of renewable energy, as well as the outsourced farming of fermentable biomass plants.

This part of the project could create employment for 2 400 people.

This would involve fast-growing crops such as cacti, says Kaplan, that only need to be planted once to be harvested often.

The farming process will be contracted out, but a portion will include community-based farming.

“We are already working on rolling out these crops, with the aim to deliver the first gas in 2022,” says Kaplan.

Uhuru Africa is to develop, finance, install, commission, own and operate the entire integrated renewable energy solution at Silverton, for what should be a ground-breaking energy project for South Africa.

The local arm of the US car maker will only pay for the energy it consumes.

“This project is pivotal as a reference site and a benchmark for the liberation of the energy sector in South Africa from the severe constraint of dependence on fossil-energies,” says Kaplan.