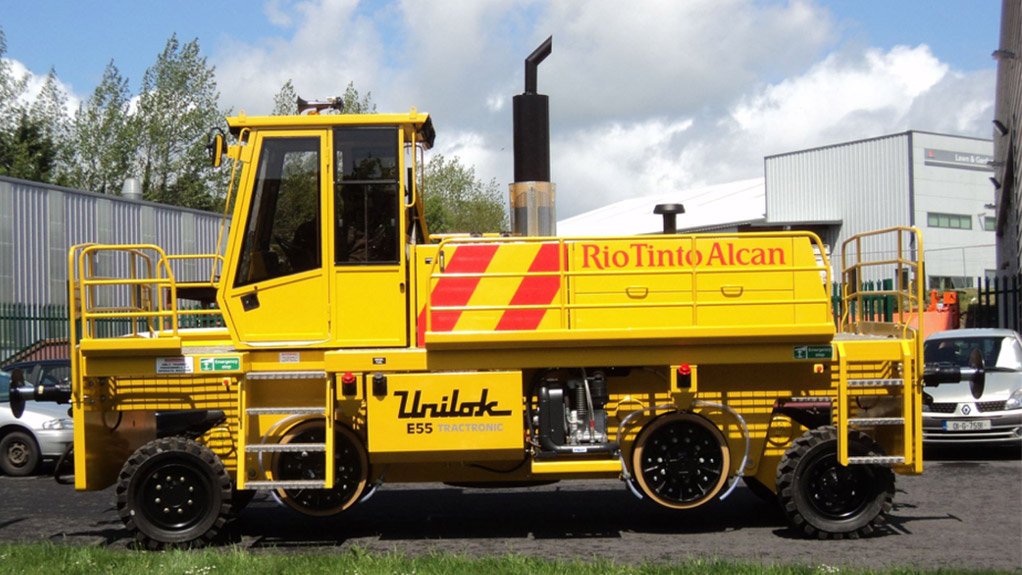 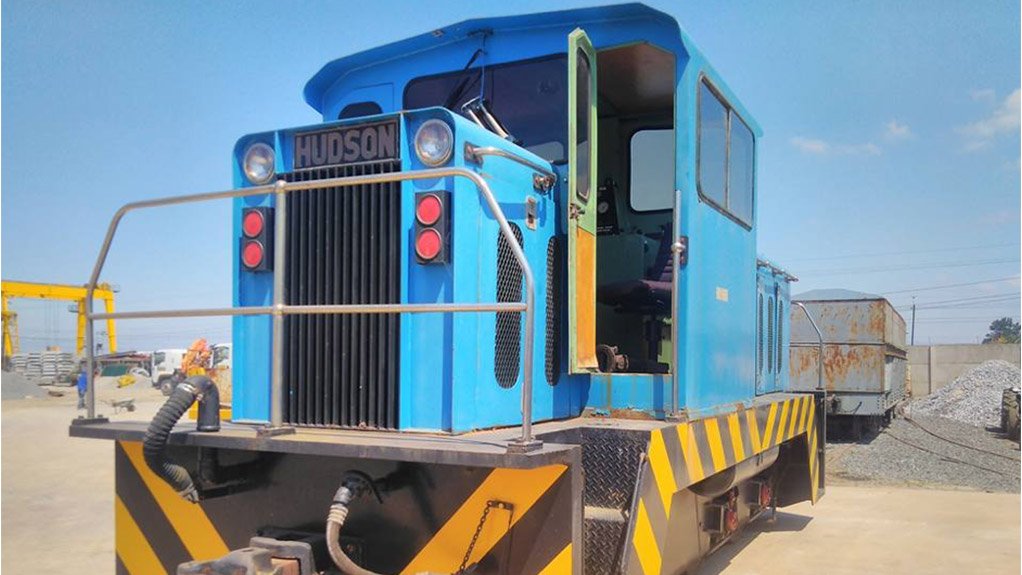 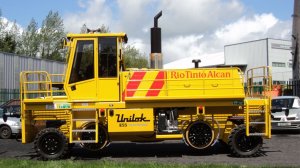 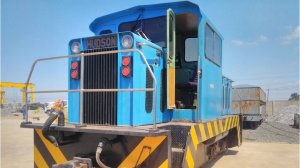 Rail logistics company African Railway Systems and Consultants has introduced the South African rail market to the upgrade of the Unilok shunting locomotives.

The Unilok is used in hauling railway wagons or locomotives without involving a complex shunting movement.

The Unilok shunting locomotive uses a unique weight transfer coupler to transfer the weight of the load onto the locomotive, thus making it possible to shunt three loads of a locomotive at the same time. The Unilok increases traction and eliminates wheel spin by using polyurethane tyres.

“The newly upgraded model is superior to almost anything on the market at present. The model comes with a push and pull capability – its drawbar varies between 1 400 t and 2 000 t in dry conditions on a flat gradient. It also fits on any gauge and only requires a single operator, limiting the human resource required,” says African Railway Systems and Consultants operations manager Dylan Knott.

He adds that it costs about one-third what a conventional locomotive costs and has maintenance cycles equivalent to a forklift.

However, he points out that the company has unfortunately been experiencing the harsh realities of the recession with loss in investments. “Investors were reluctant to invest in rail and the increased tariffs and deteriorating infrastructure affected the company.”

African Railway Systems and Consultants is also part of the concession of the Graskop- Sabie line development, which was launched in January in Mpumalanga. The company will be refurbishing the existing line with heavier sleepers so that timber can be transported by rail once again. The shunting locomotives the company provides will be used to haul the contractor trains, which, in turn, carry the equipment used to refurbish the line.

Currently, all timber in the area is transported by road as the railway line has been out of use for decades. One train can transport more timber than the equivalent of 15 truckloads, therefore rail is cost effective and efficient. Trains can carry greater capacity at increased frequency and the use of rail helps to reduce wear and tear on roads.

According to Knott, the company is also part of the George to Knysna repair work team. “The rail line was damaged by floods in 2006 and this concession, through a process of restoration of the line and resumption, will see that the operational services resume later this year.”

African Railway Systems also provides engineering companies with machinery and locomotives to revitalise rail. New locomotives are expensive and, with research, the company has found a better way to cut costs by providing refurbishing services to their clients at a fraction of the cost of new locomotives. Purchasing new or used locomotives is not a viable option for every client and the company can arrange for locomotives for hire.

The company is currently supplying South Africa with shunting locomotives that consist of hydrostatic and hydraulic transmission systems – the Hunslet, Funkey, Hudson, and GE diesel locomotives. It also provides clients with rapid loading terminal locomotives that are suitable for shunting heavy block load trains through tipplers.

The company has a client base across the Southern African region and is currently working on expanding the company’s offices in Zimbabwe, Zambia and Botswana. With the changes in leadership in some of these countries, African Railway Systems hopes to help rebuild the rail lines that have been neglected.

“A lot of rail lines can be rebuilt, locomotives can be replaced or rebuilt,” concludes African Railway Systems and Consultants CEO Phillip Steel.