SA to mop up near-term renewables prospects, ahead of revamped process for 6 300 MW more 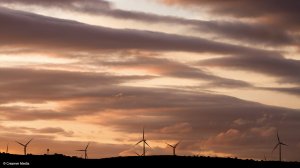 Energy Minister Tina Joemat-Pettersson has announced plans to accelerate and expand the Renewable Energy Independent Power Producer Procurement Programme (REIPPPP), reporting that she will be seeking the concurrence of the National Energy Regulator of South Africa (Nersa) for an additional 6 300 MW of renewable energy.

To date, South Africa has procured or is procuring, following four competitive bidding rounds, 5 243 MW from 79 mostly solar and wind projects, which represent a collective private investment into the country’s electricity sector of R168-billion.

These procurements have been pursued in line with the Integrated Resource Plan (IRP) and have been facilitated by Ministerial determinations for around 7 000 MW.

Joemat-Pettersson indicated on Thursday that, owing to the competitive nature of the 77 bids received during the fourth REIPPPP bid window she would consider naming additional preferred bidders over and above the 13 selected on April 11. The 13 projects already identified were expected to reach financial close during the fourth quarter and should be operational by November 2016.

The Minister had requested the IPP Office to deliver a “firm report” on an additional allocation of megawatts from round four by month end, so that an announcement could be made by the end of May 2015.

In addition, a ‘Request for Further Proposals’ would be released by early June for a further 1 800 MW to be procured under an accelerated programme, with bidding open to unsuccessful bidders from all previous bid windows. However, the Department of Energy’s Ompi Aphane stresses that bidding will also be open to those that had not previously made a submission under the REIPPPP.

Once those two mop-up processes were completed, the tender documentation would be redesigned ahead of a fifth bid submission phase, with the reworked request for proposals (RFP) documents expected to be ready for release in the second quarter of 2016.

Key aspects of the RFP that will be redesigned included the definition of local community, the mechanisms to ensure early, efficient and equitable benefits to the communities and the local content or industrialisation regime.

The new RFP would also take South Africa’s distribution and transmission system constraints into account – these constraints had been held up as being largely responsible for recent delays to the conclusion of bid windows three and four.

In fact, Aphane confirmed that, had the process not been tightened in recent rounds, Eskom would have run a real risk of having to contract with plants whose power could not have been evacuated. He also revealed that there had been at least one case during the REIPPPP where this risk had actually become a reality.

Joemat-Pettersson said the additional 6 300 MW determination was in line with the IRP 2010-2030 and that the allocation would “maintain the momentum of the programme, especially for future bid-submission phases”.

The Minister also said that the ‘Small Projects Programme’, which would seek to procure 50 MW from facilities ranging between 1 MW and 5 MW in size, was also under way, with 29 bids having been received totalling 139 MW.

The evaluation of bids would be finalised during April.

Sawea CEO Johan van den Berg arguing that the new allocation could mean that an additional 2 500 to 3 000 MW of wind power would be procured over the coming four years.

“This, once Gazetted, should give comfort to international investors to invest in local factories that can push the local content of wind farms to about 54%, with the upper 60’s in reach. Moreover, the money being put into local community development around wind farms will rise from the present R5-billion over the next 20 years, to at least R10-billion and perhaps much more.”

Van den Berg also added that prices for wind power in round four were understood to have fallen to an average of 62c/kWh, which is a market improvement on the prices of over R1/MW achieved during the first bid window.

“Renewable energy is coming just at the right time. There is a lot of it ready to be built immediately. Government is recognising this and has now communicated a vision that, given the volatility in our sector, is remarkable for its courage and perspicacity," Van den Berg concluded.

Sapvia added that, the proven ability to deliver projects on time and on budget provided the basis for its belief that the solar photovoltaic (PV) sector, in conjunction with other renewables technology, stood ready to bring additional generation capacity as part of the government’s five-point plan to address the current electricity shortages.

“Solar PV alone can provide additional capacity of at least 2 000 MW a year over the next five years,” the association said in a statement.

It also welcomed the proposed Ministerial determination to raise the renewables allocation to 6 300 MW, as well as awarding at least 1 000 MW of additional capacity from bid-window four.

Sapvia also backed the announcement that 1 800 MW would be allocated for the procurement of projects from various renewable-energy sources that participated in bid windows one to four.