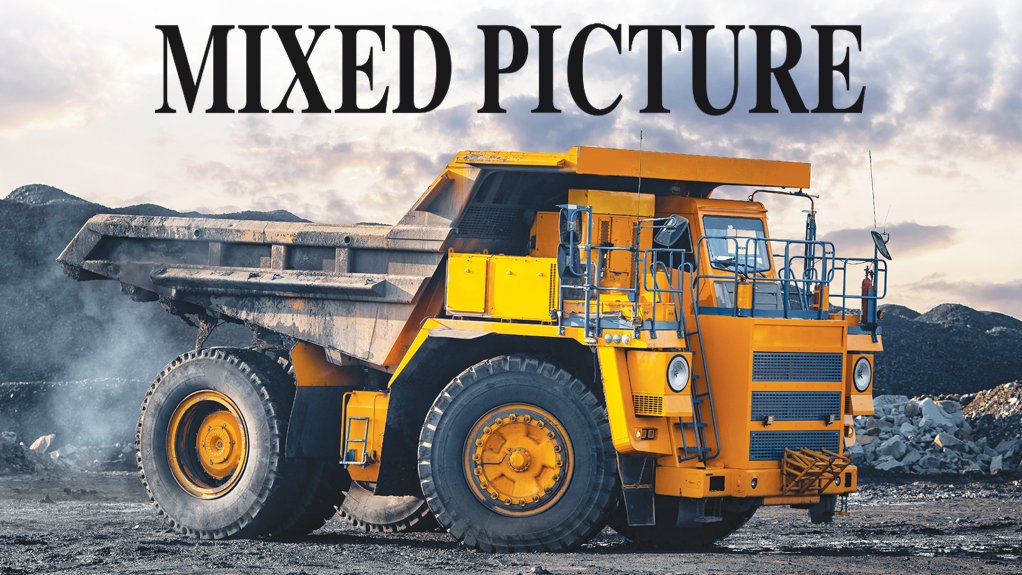 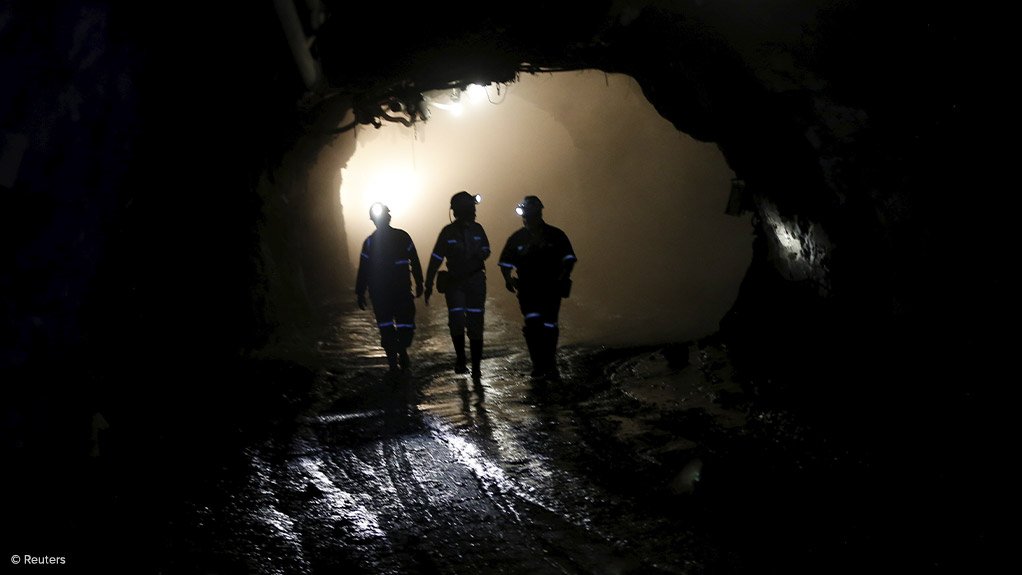 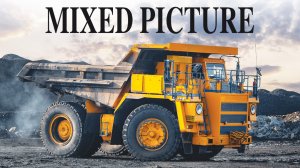 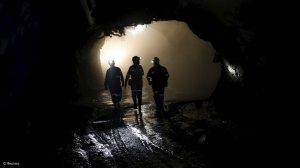 NOT ALL GLOOM While some believe that the industry did not perform well in 2019, others are of the view that it is continuing an upward trend

This dichotomy is underlined by Eversheds Sutherland partner and mining head Warren Beech, who notes that, while some commodi- ties, such as gold, palladium and rhodium, performed well, the sector, as a whole, did not perform well in 2019 and, because of its role in the South African economy, has had an adverse effect on most other economic sectors.

“Threatened large-scale retrenchments have contributed to concerns in the mining sector, and compounded concerns more generally, including the impact on the economy following announcements by banks and retailers that they intend to retrench employees by closing ‘brick and mortar’ structures.”

During his keynote address at the Anglo American Tripartite Summit last month, Department of Mineral Resources and Energy (DMRE) director-general Thabo Mokoena noted that the trade war between the US and China had had adverse consequences on the currency and commodity prices, adding that continued tensions among South Africa’s major trading partners could see a sustained negative impact on the economy.

Other industry observers, meanwhile, believe that the mining industry is showing a steady improvement, despite its challenges. They cite mining’s role in South Africa in staving off a technical recession during the second quarter of the year, as well as the country’s improved ranking in the Fraser Institute’s yearly survey of mining and exploration jurisdictions

Regardless of the prevailing perceptions of the industry’s performance, there are key concerns that need to be addressed if the sector is to prosper.

Energy and the Carbon Tax Act

“It seems that, in the case of ArcelorMittal South Africa’s decision to close the Saldanha facility, and to review the Newcastle facility, one of the key factors has been electricity prices.”

He says that, until there has been a signifi- cant turnaround at Eskom, several existing beneficiation operations may face closure, and planned operations may prove unviable.

South Africa’s ongoing energy crisis has demonstrated the need for a just transition toward sustainable energy supply, as the crisis has contributed significantly to the cost increases affecting miners.

In light of Eskom’s failure to guarantee supply, and the shift in sentiment towards greener economies, a key challenge facing the sector will be the integration of renewable- energy technologies at mining operations.

This is because, as Minerals Council South Africa previously noted, mining companies looking to invest in renewables are faced with burdensome regulatory requirements, including various environmental authorisations, exemptions and licences.

Nevertheless, while investment in renewable technologies will be expensive and burdensome, it is expected to pay off in the long run in terms of guaranteed supply and especially in light of the introduction of the Carbon Tax Act.

A Minerals Council survey of 18 of the larger mining companies confirmed in August that significant costs would be incurred as a result of the carbon tax. The council noted that, across the companies surveyed, carbon tax costs were estimated at as much as R517-million a year in Phase 1.

In a statement published in September, the council noted that, while it recognised the need to shift to renewable-energy sources in light of climate change, it believes that South Africa will in all likelihood achieve its Paris Agreement commitments without the carbon tax.

Minerals Council CEO Roger Baxter noted that, over the past decade, South Africa’s economy grew at an average of 1.5% a year, resulting in a continuous decline in greenhouse-gas (GHG) emissions per unit of gross domestic product.

Moreover, the 523% increase in the electricity price during this period materially damaged the competitiveness of the mining and smelting industries, further contributing to the decline in carbon-intensive sectors and GHGs.

On November 29, the Regulations on carbon offsets under Section 19 of the Carbon Tax Act were published and were deemed to have come into operation on June 1.

Section 13 of the Act provides for mandatory carbon offset allowances. Depending on the industry and activity involved, companies will be able to reduce their carbon tax liability by using offset credits.

Since the regulation’s publication, legal commentators have noted that a possible point of contention is the fact that, to qualify as an approved project, the project will be required to comply with eligibility standards, which are still being negotiated and developed.

Additionally, it has been noted that, while it is expected that these standards will rely primarily on existing international carbon offset standards, such as the Verified Carbon Standard and the Gold Standard, and the Clean Development Mechanism, this may change, owing to the shift to the Paris Agreement from 2020.

The legal status of the various iterations of the Mining Charter remains unresolved.

Relatedly, Mineral Resources and Energy Minister Gwede Mantashe noted in April 2018 his intention to appeal the declaratory order judgment, in which the ‘once empowered’ principle – that existing right holders who achieved a minimum of 26% black shareholding would be recognised as compliant from the granting of the mining right until its renewal or transfer – was affirmed by the Pretoria High Court.

On September 19, leave to appeal the judgment was granted, entitling the Minster to file an appeal at the Supreme Court of Appeal. At the time, the Minerals Council noted that it “respects the Minister’s right to appeal, looks forward to the matter being further ventilated and hopes that greater policy and regulatory certainty will emerge from this process”.

From the Minerals Council’s perspective, the recognition of the continuing consequences of previous black-empowerment deals embodied in the April 2018 declaratory order judgment is a critical principle for promoting long-term investment – which may be hindered by a protracted court process.

Meanwhile, in March, the Minerals Council lodged an application to review certain provisions of Mining Charter III. Beech notes that some of the concerns included the “limited recognition” of the ‘once empowered’ principle – that it did not extend to include renewals and transfers – and the targets included in the procurement provisions.

“There are ongoing discussions between the Minerals Council and the Minister, and it is hoped that there will be progress, and that it will not be necessary for the review application to be determined.”

“Not all regulatory and policy uncertainty is bad – it creates an opportunity for new investors that are prepared to accept the playing fields as they are.”

Reuters reported last month that “the deaths of 43 illegal miners at a Glencore facility, in the Congo, highlighted a growing challenge for mining companies struggling to secure sites from small-scale prospectors”.

“Typically, illegal mining takes place at abandoned, and defunct, mines, but, over the last few years, illegal mining has moved to mines that are currently operating,” notes Beech.

“Often employees and the illegal miners come from the same communities and it is virtually impossible for employees to resist the pressure to facilitate illegal mining.”

Beech stresses that, whatever form illegal mining takes, it is symptomatic of the socio- economic environment, with thousands of mineworkers being retrenched and unable to find work. “These ex-mineworkers, with their skill sets, are ideal candidates for illegal mining, and seem to be targeted by criminal syndicates at their most vulnerable.”

While the move is a positive one and will contribute to local economic development, the lack of clarity around government’s regulatory framework for artisanal mining, as well as other factors, has resulted in the Northern Cape experiencing a significant increase in the illegal mining of diamonds.

Beech, meanwhile, notes that equally worry- ing are the criminal activities being carried out at mines. “The mines have become the targets of coordinated criminal activities and incursions. There have unfortunately been several incidents where security guards have been shot and killed.”

Additionally, during the Minerals Council’s annual general meeting in May, Baxter confirmed that similar “bullying tactics” to those that caused significant disruption in the South Africa construction industry had also affected the mining sector.

At the time, he asserted that the industry would not tolerate such behaviour, adding: “What we do and what we stand for as an industry will not be dictated by the lowest common denominator.”

“This is because the National Environmental Management Act (NEMA) makes specific provision for private prosecution and sets out [less rigorous] requirements.”

Beech cites the Pretoria High Court judgment in the private prosecution of BP Southern Africa by Uzani Environmental Advocacy, noting that it was ground-breaking in several respects, specifically as it related to the so-called “rectification applications”, that is, applications to obtain environmental approval, which companies often submit after commencing activities, but which require prior environmental approvals and authorisations in terms of Section 24G of NEMA.

The implications of this judgment are that any company and/or individual who has made applications in terms of Section 24G of NEMA may be held criminally liable for embarking on a listed activity and that criminal prosecution can be brought privately. Notably, sentencing in the BP case was postponed.

Further, almost six years into the One Environmental System, there is still a lack of synchronisation between aspects of environmental legislation in the mining sector, creating duplicate costs for similar assess- ments and reports, and delays in mining operations.

Beech believes that, given the improvements and forecasts for certain commodity prices, addressing the aforementioned challenges would go a long way towards ensuring the industry’s prosperity into 2020 and beyond.