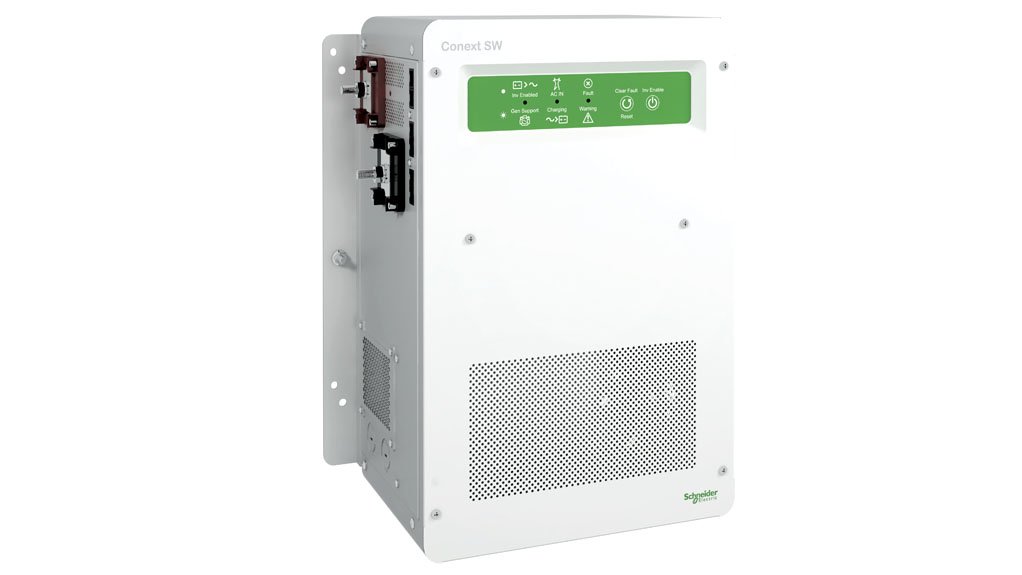 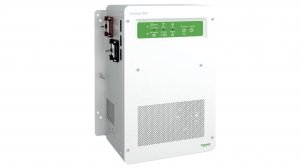 BACK UP POWER In residential back-up power applications, the Conext SW inverter integrates into the electrical system and converts power from battery reserves to support critical loads

According to Magnet’s Schneider product specialist Shalendra Barath, the sine wave inverter, which is switchable between 50 Hz and 60 Hz frequencies, has been designed for the use of solar capacity as required.

“This solar hybrid inverter system has been designed for optimum flexibility, with switchable 50 Hz and 60 Hz frequencies available for 120, 240 and 230 variable alternating current models. “These robust units feature split-phase input and output, without the need for an external transformer. By stacking two Conext SW modules, it doubles the system’s total output power and solar charge controllers allow for the integration of solar capacity as required,” Barath says.

“In residential backup power applications, the Conext SW inverter integrates into the electrical system and seamlessly converts power from battery reserves to support critical loads like pumps, security systems, refrigerators and electronics in the event of a power outage. “When utility power is readily available, the Conext SW keeps the battery bank fully charged and ready for the next grid failure,” Barath points out.

For expanded off-grid capacity, the Conext SW is integrated with fuel-based generators to support loads larger than the generator’s output. This system is self-consumption ready and is able to prioritise solar consumption over the grid, while maintaining zero grid export. The Conext SW works with the grid to avoid peak utility charges and supports the grid when utility supply is limited.

For off-grid home owners, this system provides alternating current from batteries. System Maximum Power Point Tracking solar charge controllers enable PV power to directly charge batteries. “The system is easy to install and configures quickly into a compact wall-mounted structure. “Remote monitoring and management is available for efficient control and supervision of the system and its supporting components,” Barath concludes.