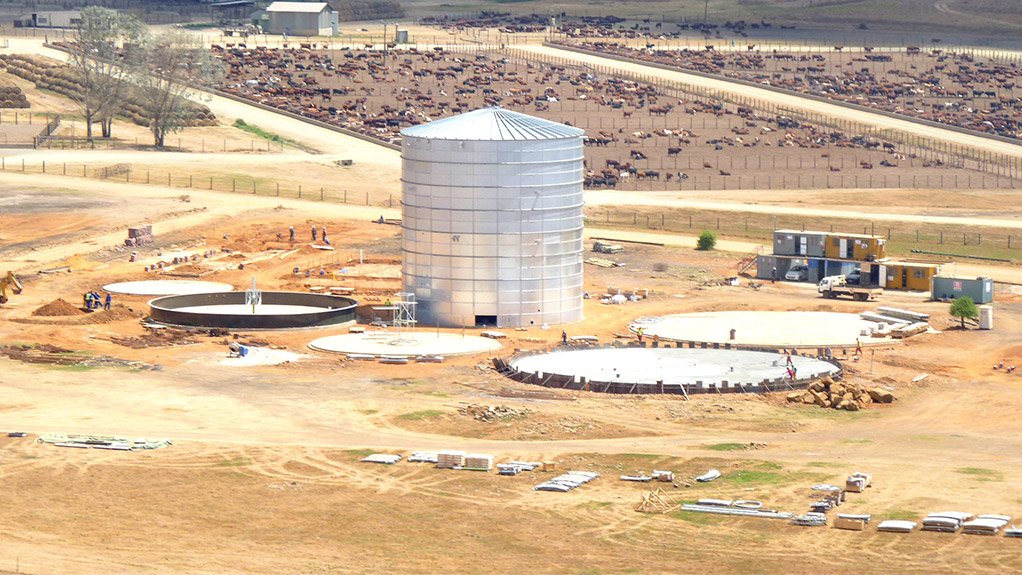 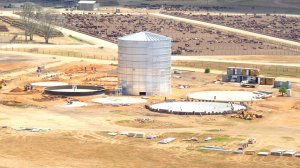 Construction of the Bio2Watt biogas plant

The offtake partnership will bring renewable energy to the carmaker’s Rosslyn plant, north of Pretoria.

When the energy project comes on stream in the first quarter of 2015, between 25% and 30% of the Rosslyn facility’s energy requirements will be generated from renewable sources, says the local arm of the German company in a statement.

In what is thought to be the first private deal of its kind, BMW SA says the initiative will mark the first commercially viable biogas-electricity project in South Africa.

Power will be supplied from the 4.4 MW installed capacity Bronkhorstspruit Biogas Plant, located on the premises of one of South Africa’s largest feedlots, Beefcor.

“Converting organic waste into electrical energy is a well proved technology that has gained further traction worldwide as the swing to renewable energy alternatives gains momentum, and becomes price-competitive with base forms of energy generation,” notes BMW SA.

R60m IN SAVINGS
“Corporate sustainability is firmly established as a guiding principle of our company’s strategy and culture. This announcement further demonstrates our commitment to sustainability,” says new BMW SA MD Tim Abbott.

“Since its inception in 2006, [the] BMW Group’s CleanProduction initiative has endeavoured to maximise production efficiency and reduce energy consumption at all of [the] group’s manufacturing plants around the world. Our vision is to achieve a completely carbon-neutral energy supply for the BMW Group. With this in mind, we set ourselves the goal of becoming a leader in the use of renewable energy by 2020.

“As a result of our local CleanProduction initiatives, we have saved more than R60-million in energy overheads in the last five years at our Rosslyn plant and our Midrand head office, which has recently been renovated to achieve a 4-star Green rating,” he adds.

“We expect to make further strides in the area of sustainability with the introduction of our renewable power supply next year through the Bio2Watt project.”

Pending South African legislation in the form of a comprehensive Waste Management Act – which will effectively ban organic waste from landfills by 2015 – has been adding impetus to BMW SA’s renewable energy initiative.

Bio2Watt CEO Sean Thomas says the Act will boost the conversion of organic waste material (such as cow manure, food, abattoir and dairy waste) into electricity.

Thomas says the biogas project has received “tremendous support” from various stakeholders, including Eskom and the City of Tshwane, which will enable the plant’s connection to the electricity grid.

Tshwane is also a key supplier of organic waste, as it will divert the bulk of its organic waste away from landfills, to be processed directly at the biogas plant.

Other supporters are the Dutch sustainable development agency, Norfund, ChloroPhil, Bosch Holdings and the Bertha Foundation.

BMW SA produces the 3 Series sedan at Rosslyn, for both the local and export markets.