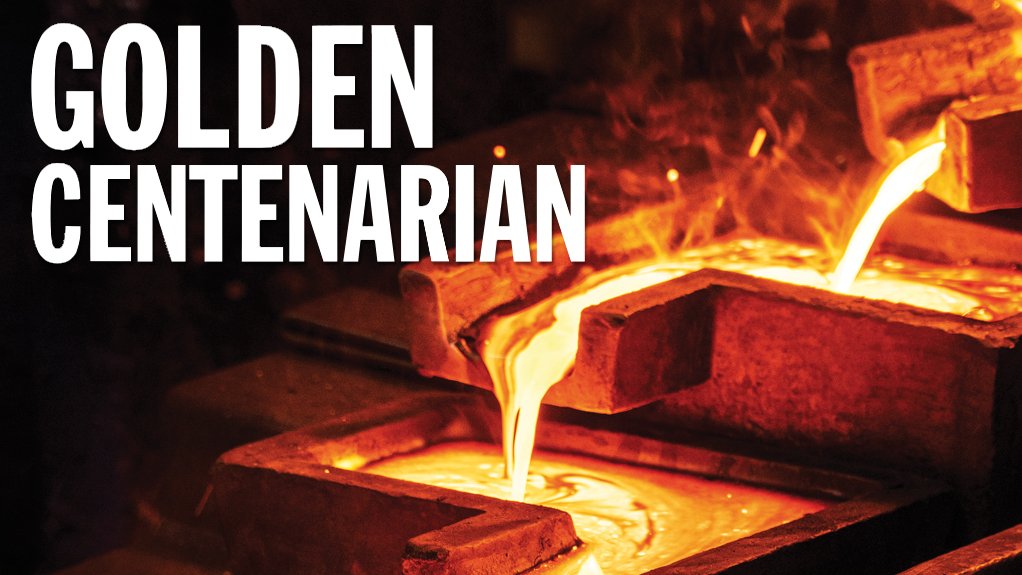 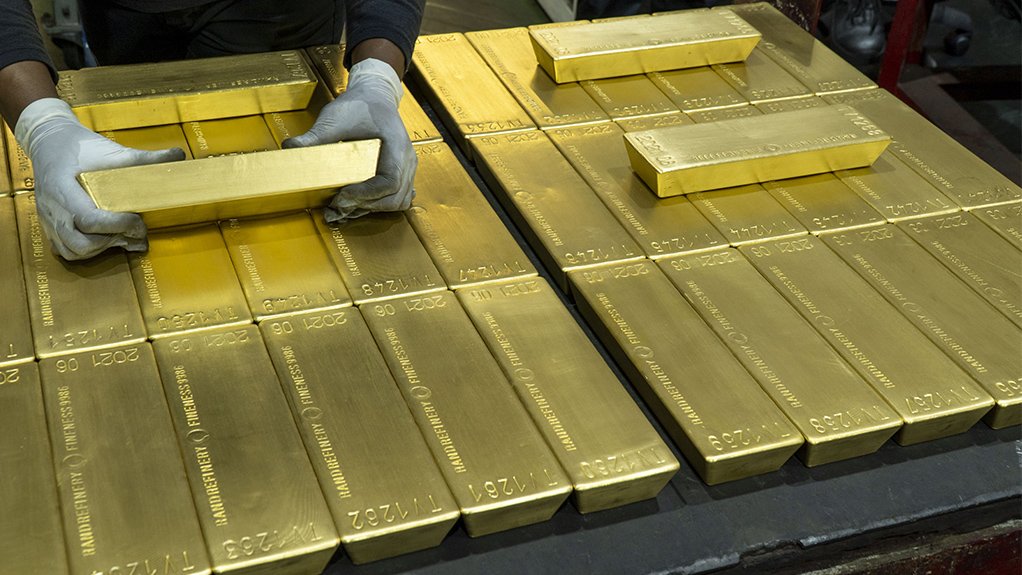 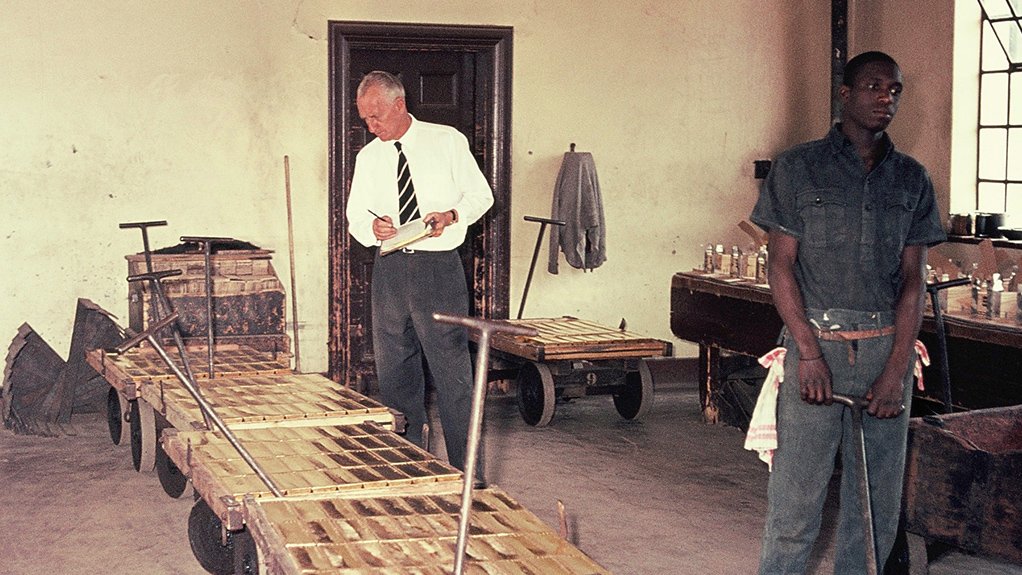 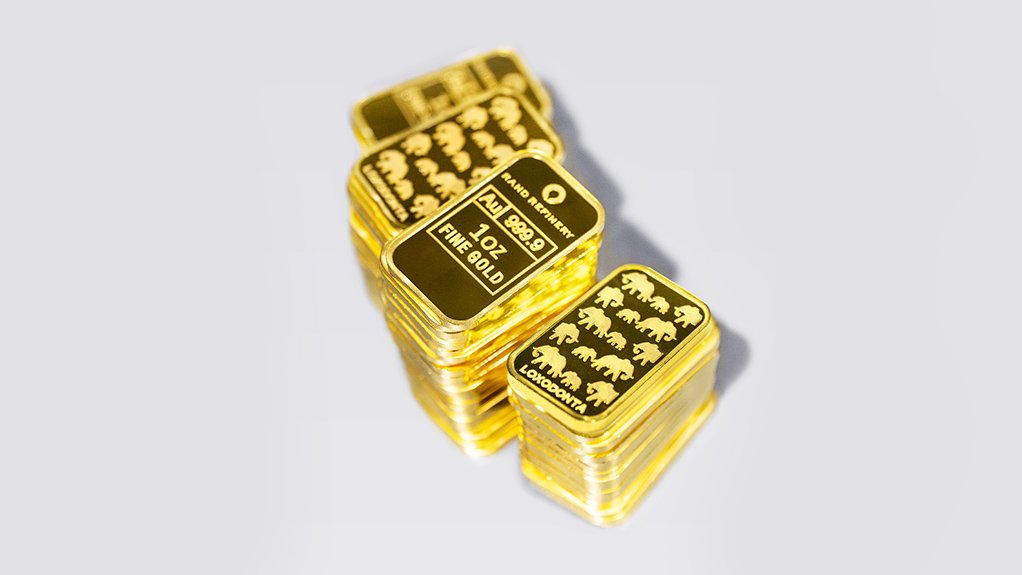 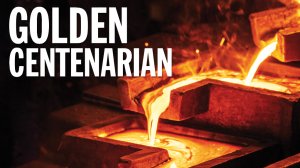 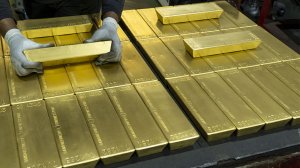 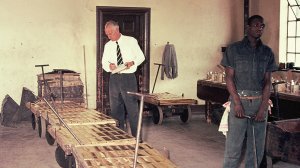 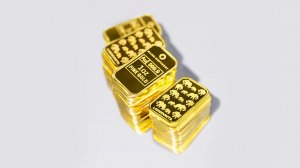 FORTUNE FAVOURS THE GOLD The act of establishing a local refinery and unseating London as the hub for refining South African gold is described as “bold and aggressive”
AS GOLD AS THE HILLS Local miners spent up to £500 000 to ship unrefined gold to London, which gave rise to calls for establishing a gold refinery in South Africa
CONTINENTAL CONTRIBUTION With its century worth of experience, Rand Refinery has contributed to the development of responsible gold supply chains in Arica

Since it began operating in 1921, gold refiner Rand Refinery’s technological pioneering spirit has enabled it to transform into a “global powerhouse with a unique portfolio of products and services”, as it has continuously expanded its product portfolio and technical knowledge.

However, Rand Refinery CEO Praveen Baijnath states that the refinery expects short- to medium-term demand for exported kilobar products, to countries such as China and India, to be subdued, as demand has decreased during the Covid-19 pandemic.

“Owing to this, our strategy of diversifying our product portfolio continues to help us stay relevant and sustain and reshape the refinery business for the future,” he explains.

Rand Refinery was officially registered in 1920 with startup capital of £50 000, and refining operations began in late 1921. Shares were split between gold miners that were members of the then Chamber of Mines (now Minerals Council South Africa).

Baijnath notes that the early 1920s was a “tumultuous period”, with global turbulence and societal upheaval, similar to what is occurring today as a result of the Covid-19 pandemic.

In the 1920s, people “were still piecing their lives together”, following the acute impact of the 1918 influenza pandemic and the end of World War I in 1918, while a recession was imminent.

“The free market conditions of the 1920s gave agency to local gold producers, who began exercising their influence. Gold miners were not getting the best price or lowest handling charges for gold produced on the Witwatersrand. Miners on the southern tip of Africa incurred high refining charges, with the entire local gold output having to be transported and processed in London.”

Baijnath adds that, in the decade before Rand Refinery was established, local miners spent up to £500 000 (equivalent to more than £51-million today) to ship unrefined gold to London.

These costs gave rise to calls for the establishment of a gold refinery in South Africa.

The fear of losing its place as the principal market for the global gold supply forced the Bank of England to consider many other options, including building a refinery in London that would refine South African gold for free.

However, the persistence of the Chamber of Mines was successful, and Rand Refinery was completed 16 months after construction had begun in August 1920.

“Built on a stand in Germiston Junction – South Africa’s largest railroad junction – the railroad linked the refinery with local mines and large ports in Durban and Cape Town. This later also included gold from mines in the former British colonies of Rhodesia (now Zimbabwe) and Tanganyika (now Tanzania).”

Baijnath describes the act of establishing a local refinery and unseating London as the hub for South African gold refining as “bold and aggressive”.

Once completed, the refinery could produce 12-million ounces, or 373 t, of gold. Baijnath remarks that this capacity was insufficient over the next decade, as the gold rush continued unabated.

In 1925, the South African Reserve Bank (SARB) began buying gold from local mines through Rand Refinery and played an active role in the gold market.

The SARB was appointed by the then Department of Finance (now the National Treasury) to manage local gold reserves, market the country’s gold production and become the main conduit, with Rand Refinery, for selling South African gold.

The SARB remained a major player in the local gold market until the 1990s, when regulations were introduced which allowed local gold producers to sell their output themselves to approved counterparties.

Baijnath says the speed and efficiency at which gold was handled and transported was a key consideration in the local gold industry in the late 1920s.

Consequently, in the 1930s, the Johannesburg and Germiston city councils entered into an agreement with Rand Refinery to establish and manage an aerodrome.

Rand Refinery then became one of three joint owners of the newly established Rand Airport, which opened in 1931 and operated as the country’s main international airport until 1948.

Baijnath highlights this period as the “era of the Krugerrand”, which was first minted in 1967 to promote local gold and was the world’s first coin aimed at bullion investors.

“The Krugerrand contains one full ounce of gold and is a legal tender bullion coin, which means that it can be sold at the spot price of gold. The coin is co-manufactured by Rand Refinery and SARB subsidiary the South African Mint. The coin is the earliest example of local gold beneficiation.”

While local gold production decreased in the decades after the 1970s, Rand Refinery has continued to grow.

As South Africa’s gold volumes dropped to about 30% of global output in the late 1980s, declining production meant a decline in business for Rand Refinery.

“This change of setting did not, however, dent the refinery’s zeal for value creation and it continued to swim against the tide, displaying a creative and tenacious side, determined to build on its legacy,” says Baijnath.

Further, although local gold output was declining, gold production across Africa increased and, as a result, Rand Refinery changed its business model to reflect its international ambitions.

This meant that, in addition to refining most of South Africa’s gold, the refinery began to source gold from across Africa, as well as parts of Asia.

Since 1920, Rand Refinery has refined almost one-third of all the gold mined worldwide. It has also been refining silver to the same standards for which it is renowned over its 100-year existence.

Currently, the refinery operates as a single-site precious metals refinery and established smelting operation, which converts low-grade, gold-bearing material into doré that is suitable for refining.

One of the few London Bullion Market Association-accredited referees in the world, Rand Refinery is also the only referee in the southern hemisphere.

Baijnath argues that Rand Refinery is crucial for the African mining sector, as it enables the continent to earn foreign exchange and creates markets for its gold.

“Rand Refinery has established a firm reputation for integrity, reliability and unblemished quality with the world’s leading mines, bullion banks and commodities traders. The Rand Refinery ‘stamp’ on the final product drives consumer confidence and trust. The presence and growth of the refinery has helped alter the balance of power in Africa’s favour in the global gold industry.”

Rand Refinery embarked on a modernisation programme in 2010 to enhance its technologies, processes and equipment. A significant capital expenditure, self-funded from operations, was earmarked to automate and simplify the refinery complex’s processes while introducing new technologies.

“The refinery has the capability to refine and provide necessary assurance for refinery deposits from 25% gold and upwards. Our smelter operations, a separate business unit, deal with complex low-grade materials.

“We provide a one-stop service for our shareholder mines so that they can optimise value returned for mine doré and low-grade mine waste products containing gold,” Baijnath confirms.

He adds that Rand Refinery’s sampling, assaying, smelting and refining capabilities are “among the best in the world” and at a scale “that is difficult to replicate”.

The refinery’s experience in dealing with complex and different types of mine doré deposits is vital in sampling and assaying, as precise content reflection is crucial for customers that deposit gold.

With value-added products used globally in jewellery fabrication and industrial applications, consumers are assured that this gold is responsibly sourced and, where required, provenance data is supplied to customers.

“As an integrated single-site precious metals refining and smelting complex, Rand Refinery can treat not only mine doré and calcined cathode sludge but also various types of gold-containing concentrate and mine by-products.”

The Rand Refinery Gold Zone is an on-site manufacturing centre intended to become a hub for local precious metals fabrication for global export, while assisting communities with skills development.

The zone also runs development programmes, such as the Intsika project and the Ekurhuleni Jewellery Project (EJP), in the refinery’s Germiston precinct. Rand Refinery supports the EJP and Instika with funding, free rentals, maintenance and by allocating some of its precious metals to the projects.

“As part of Rand Refinery’s centenary, the refinery, the EJP, jewellery retailer NQ Jewellers and industry body the South African Diamond and Precious Metals Regulator (SADPMR) have formed an enterprise development partnership to assist 18 small, medium-sized and microenterprise (SMME) candidates that are part of the Rand Refinery Enterprise Development Silver Loan and Mentorship Programme in partnership with EJP, NQ Jewellers and SADPMR.”

The initial value of this enterprise development initiative is R2.8-million.

“Rand Refinery is ideally positioned to extract value from resources, as well as play an active role in shaping sustainable and responsible mining conversations of the future.

“The legacy of Rand Refinery resides in our commitment to reshape the value we bring to people, product and the planet,” Baijnath concludes.