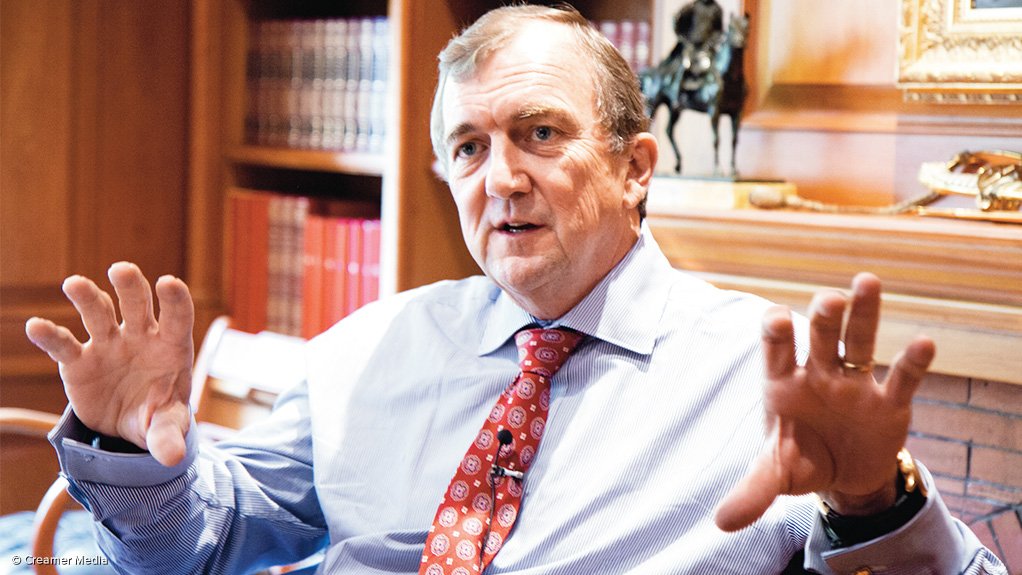 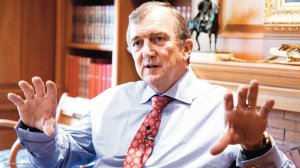 CAPE TOWN (miningweekly.com) – Randgold Resources has, for the seventh consecutive year, increased its gold production, boosting output by 5% year-on-year to 1.32-million ounces and exceeding the guidance for 2017.

The miner has further reduced its total cash cost by 3% to $620/oz – the lowest level in six years.

Results for the year ended December 31, published on Monday, show that profit increased by 14% to $335-million, while net cash increased by 39% to $720-million, with no debt.

The board has proposed a dividend of $2 a share – a 100% year-on-year increase. The dividend will be paid in cash. “This increase in dividends continues to validate the business model and reflects the profitability and financial strength of the group,” Randgold FD Graham Shuttleworth said on Monday.

Meanwhile, group capital expenditure was in line with guidance at $304-million.

“Randgold had a very good year, probably the best year we had in our 23-year history,” CE Mark Bristow, who is attending the Investing in African Mining Indaba, said, noting that the strong performance was led by Randgold’s flagship Loulo-Gounkoto complex, in Mali, and was supported by an across-the-board delivery from its other operations – Morila, in Mali, Tongon, in Côte d’Ivoire, and Kibali, in the Democratic Republic of Congo (DRC).

The gold miner’s highlight for the year was the successful commissioning of an underground mine at Kibali. Aside from its third hydropower station, which is scheduled to come on stream in the middle of this year, this completed the development of Kibali into one of the world’s largest gold mines and brings to an end the eight-year capital investment programme at the mine.

The underground mine is one of the most mechanised in Africa, with features including a fully automated underground ore handling system.

“Beyond that, our ten-year business plan is designed to increase net cash flows to support dividend and value growth and maintain Randgold’s position as a global industry leader in sustainable profitability,” Bristow said.

The gold miner is also well placed to achieve its goal of developing three new projects in the next five years, with a production decision on the Massawa project due later this year, he said.

Bristow explained that every indication was that Massawa should deliver on the upside of the model recoveries and gold production. Consequently, the miner’s focus is to continue to “take the resources to reserves and lift the reserve ounces to above three-million ounces and get the project to deliver that magical 20% internal rate of return at a $1 000/oz gold price”.

Meanwhile, brownfield exploration around its existing mines continues to show potential to replenish depleted reserves, while the greenfield programmes are identifying new high-potential targets across its extensive holdings in West and Central Africa.

“Our exploration programmes continue to replace our reserve base and feed new prospects into our pipeline,” Bristow added.

“Given Randgold’s commitment to growing through discovery and development, the company will continue to commit significant expenditure to exploration, with corporate and exploration expenses of about $50-million to $60-million anticipated in 2018,” the miner noted.

DRC MINING CODE
The miner, at the weekend, announced that it was engaging with the DRC government in an effort to “head off” the enactment of a new mining code which the company believes will “severely” limit the growth of the mining industry, as well as the country’s economic prospects.

"It is very disappointing to see that none of our proposals and comments are reflected in the legislation, which is, in fact, more draconian in its final form than earlier drafts. Among other things, it attempts to scrap the ten-year stability clause enshrined in the 2002 code, which was the basis on which Randgold and other mining companies invested in the DRC.

“In fact, when Randgold and AngloGold Ashanti bought the project which became the Kibali mine, we sought and received a formal written declaration from the DRC government which entrenches our rights under the 2002 code and confirms that the law would be honoured in respect not only of Kibali but also any permit renewals," said Bristow.

Nevertheless, Randgold was “actively canvassing” the President to take stock of the code and bring it back for further debate, Bristow said, stressing that the code would have serious repercussions if allowed to come into law.

Bristow, however, acknowledged that the code was currently “relatively benign”, as Randgold was already complying with some of the larger embedded changes, such as the increase in royalties, with the miner paying a royalty of up to about 4.5%. Proposed changes include the State owning 10% of mines and it already owns 10% of Kibali, Bristow pointed out.

He added that the tax rate of 30% remained unchanged while a windfall tax was introduced.

Bristow underscored the DRC’s “enormous future” in the minerals, mining and potential oil business, adding that Randgold has proven that world-class mines can be built on the back of legislation, rather than special deals.

“[Moreover,] the DRC is too big and important for Africa to be allowed to float into the back waters of the global economy,” he averred, adding that the country needed to attract more investment.

While the event has mobilised the industry, Bristow noted that, “at the end of the day, as seen across Africa, logic prevails”, adding that although similar activity was witnessed in Zambia, the structure was revisited, with a fiscal setting decided upon that was acceptable to all stakeholders.