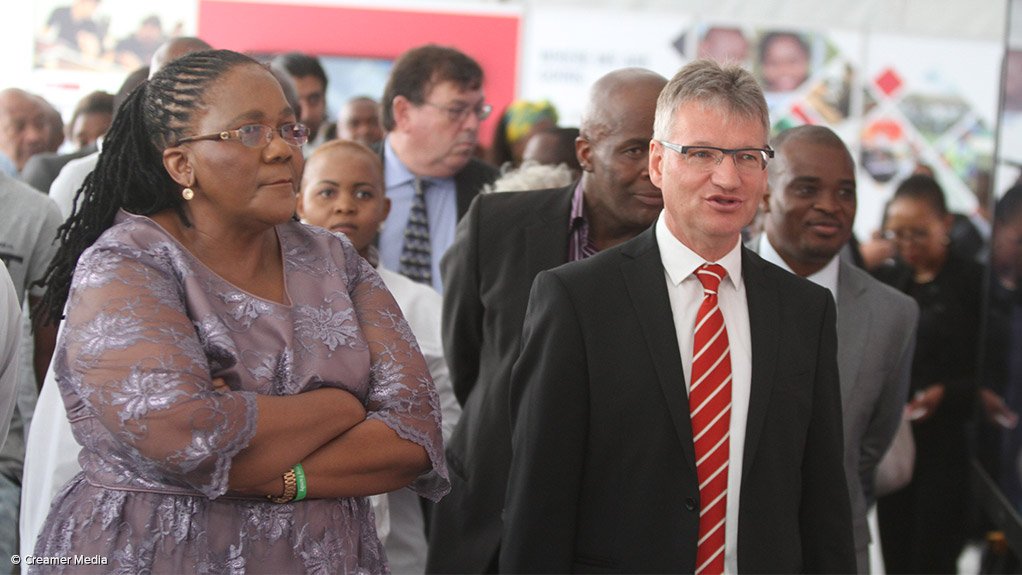 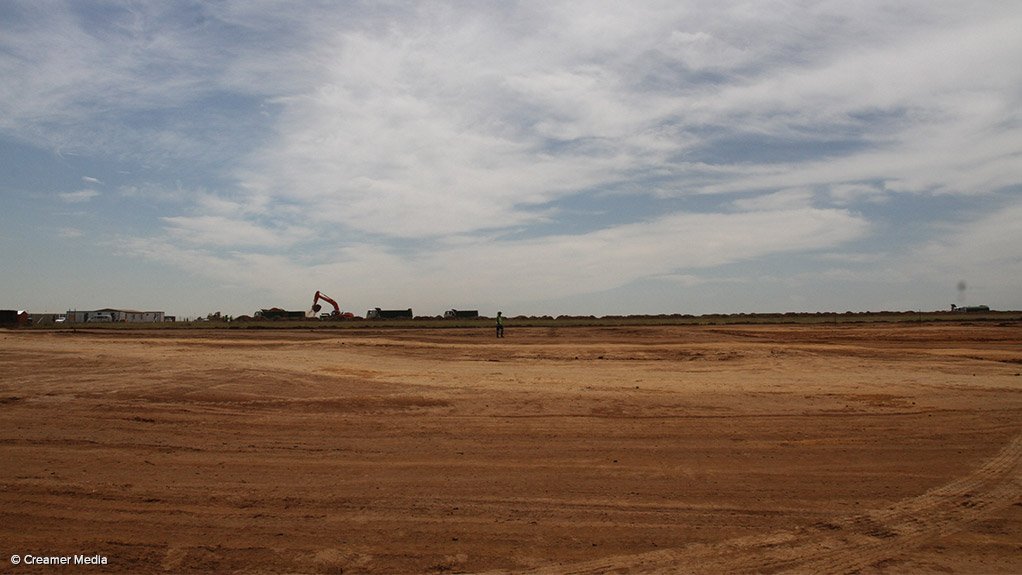 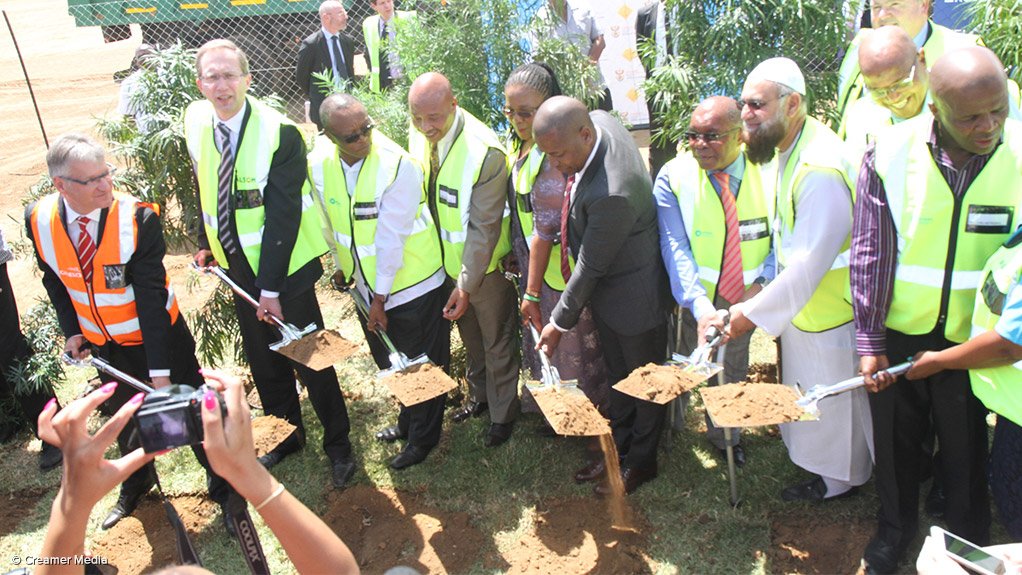 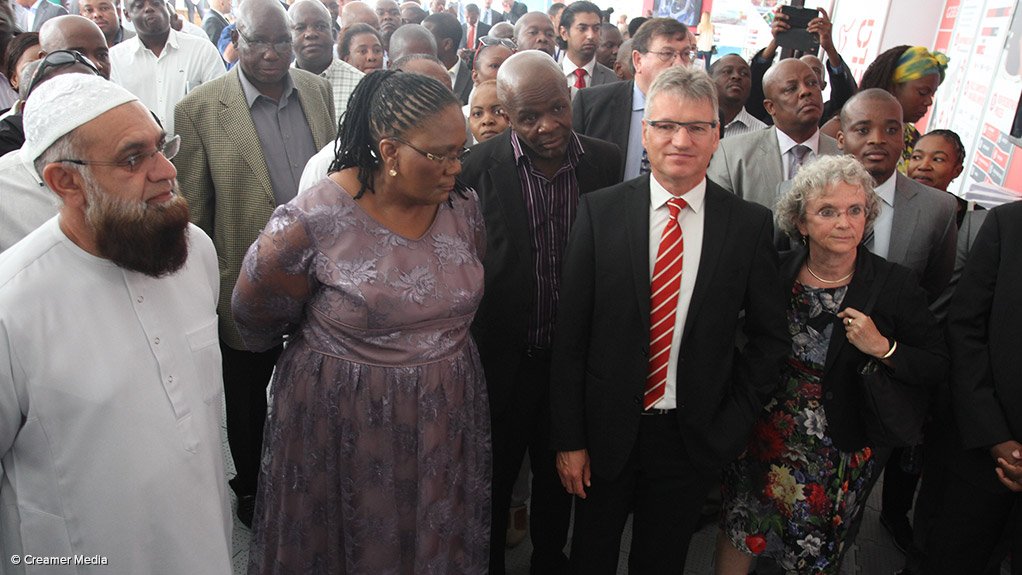 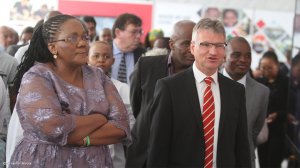 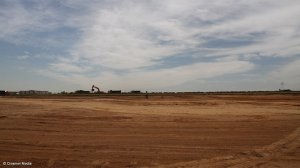 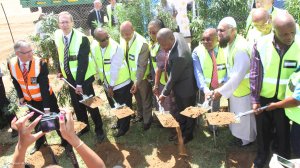 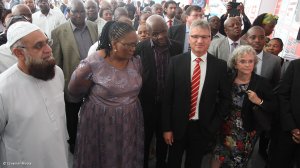 Ground was officially broken on Friday at the site of a new 60 000 m2 manufacturing plant, which is being built by the Gibela consortium for the production of new passenger trains for the State-owned Passenger Rail Agency of South Africa (PRASA).

The R1-billion facility, which is being developed at a site in Dunnottar, near Nigel in the Gauteng metropolitan area of Ekurhuleni, is central to delivering on Gibela’s localisation commitments for a R51-billion contract, awarded by PRASA in October 2013.

Under the contract, Gibela will supply 600 X’Trapolis Mega commuter trains over ten years, with the first 20 units being built at an Alstom facility in Lapa, Brazil. Alstom Southern Africa holds 61% of Gibela, with Ubumbano Rail and New Africa Rail owning 30% and 9% respectively.

The remaining 580 units, comprising 3 480 coaches, are to be produced at the greenfield South African factory, which will employ 1 500 people at peak and facilitate technical training of some 19 500 people over the coming 20 years. Besides the factory, Gibela is building a 4 000 m2 training centre, which will serve its own needs, as well as those of its suppliers and the broader railways sector.

There is also a proposal for the property, which PRASA is in the process of purchasing, to be developed into a railways manufacturing hub, with space on the 33 ha site having been set aside specifically for the emergence of a rail-focused supplier park.

Speaking at the official sod turning, Transport Minister Dipuo Peters described the factory investment – which faced some initial permitting delays that were resolved in late 2015 – as critical to delivering on government’s rail reindustrialisation vision, as well as stimulating the development of new black industrialists.

This point was also emphasised by PRASA chairperson Popo Molefe who told Engineering News Online in an interview that the project was critical for South Africa’s industrial development.

“It is important from the point of view of developing small industries to supply components to the main factory and the railways industry,” Molefe said.

Likewise, Alstom CEO Henri Poupart-Lafarge described the factory as a “catalyst” for the revitalisation of the rail industry in South Africa.

Gibela CEO Marc Granger stressed that supplier development and localisation had been embedded into the contract and that the South African-registered company was gearing up to ensure that it could deliver on that commitment.

He noted that 32 domestic suppliers had already been integrated into the contract, with locally made seats, doors, cables, luggage racks and stainless steel being used even in the commuter trains assembled in Brazil.

The South African content of the initial units – two of which having already been delivered to PRASA’s Wolmerton depot, near Pretoria, for pre-operational testing – stood at around 20%.

However, the goal was to raise local-content levels to above 70% at the peak of the project, with the contract itself stipulating a minimum level of 65%. A third test train is scheduled for delivery to South Africa during March and all ten Brazilian-made units should be delivered by year-end.

Production of the first South African-made commuter train, comprising six cars, is scheduled to start in the third quarter of 2017 and, by the end of 2020, the factory is expected to be producing at maximum capacity of two rail cars a day.

“Manufacturing at this level will be a huge industrial challenge, exceeding the kind of performances currently achieved by any of the world’s top train-building plants,” Granger said, noting that it would require 10 000 parts being delivered daily by some 250 local suppliers.

Molefe also stressed that the Gibela contract was free of the technical and governance problems associated with the notorious Afro 4000 contract, where PRASA had initiated legal proceedings in a bid to cancel a R3.5-billion contract awarded to Swifambo Rail Leasing in March 2013 to supply the company with locomotives made by Vossloh Espana.

“The Gibela contract is indeed beyond reproach and is germane to our main programme of modernisation and fleet renewal. And I’m not cooking up stories, we have gone through the investigations to deal with issues raised by the Auditor General and we concluded they did not come anywhere near making it necessary for us to put the contract on hold,” Molefe told Engineering News Online.

“So we are running full steam with the programme – the contract was done properly and we are ready to roll on.”