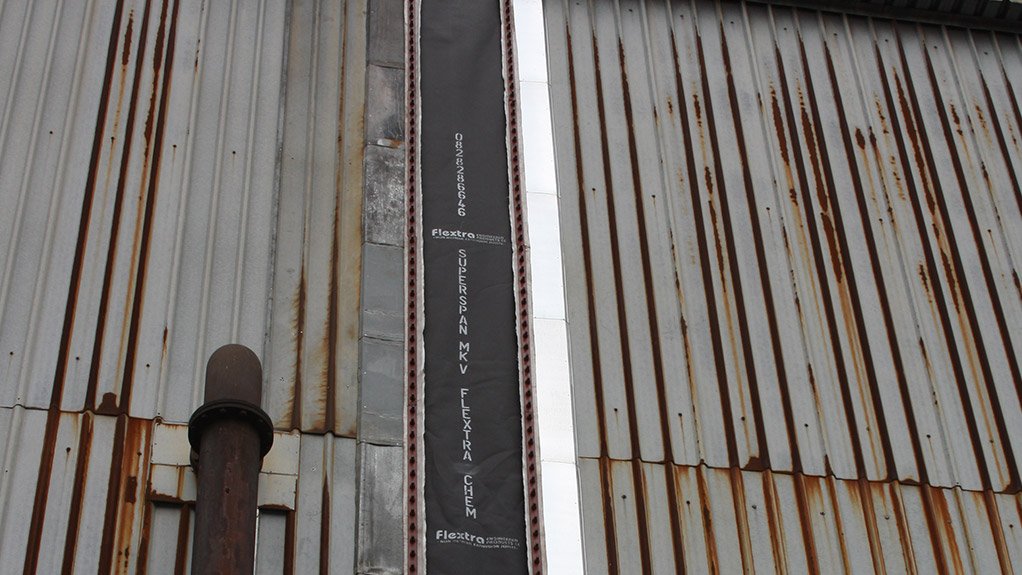 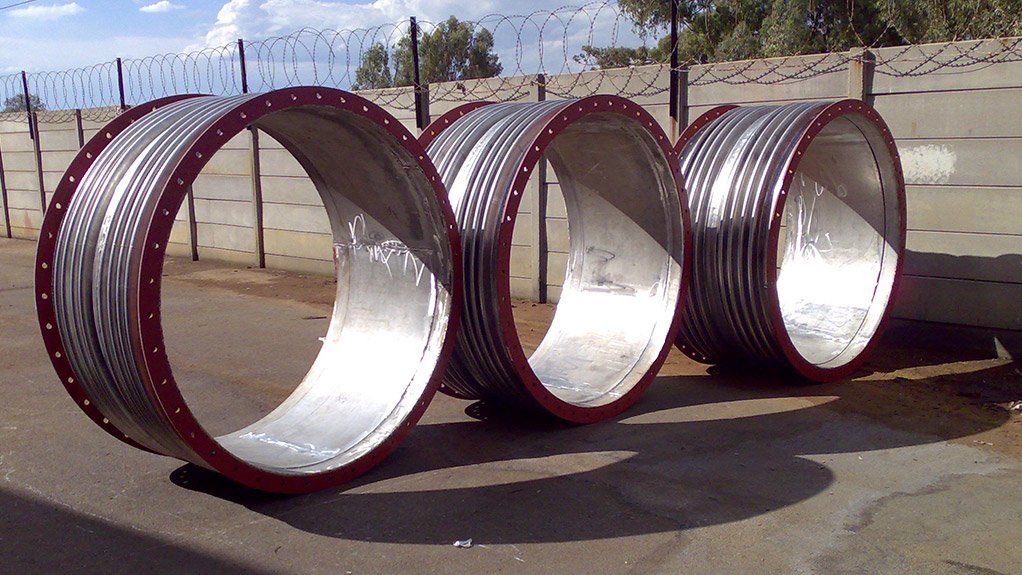 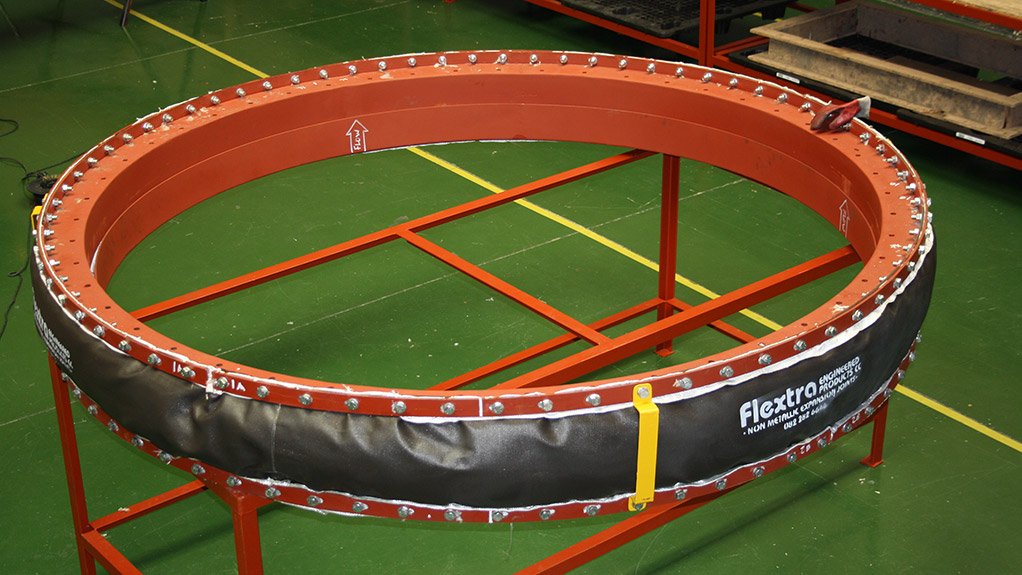 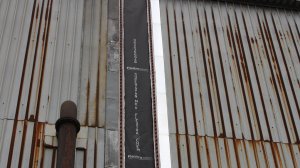 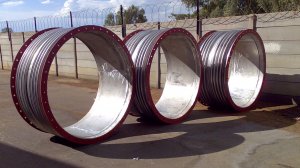 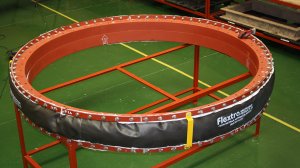 The quality of materials used in fabric expansion joints cannot be compromised as they perform a critical role in the combustion process, says expansion joints manufacturer Flextra Engineered Products.

Most of the expansion joints used in Eskom’s power stations are fitted onto the ducting to accommodate the movement that results from the heating and cooling of different components, such as on the ducting to the smoke stacks, inlet and outlet fans and boiler ducting.

Flextra GM Shaun Edmeston explains that the draft section of a power station is the most critical, owing to this section being under pressure, as air is inducted into the power station needs to be mixed with the fuel before combustion in the boiler. “The entire pressure section must be gas-tight so that air-to-fuel mixtures are correct in the boiler,” he says.

Any ambient air, or tramp air, that leaks into the draft section of the system will compromise efficient combustion, as more fuel will be required to combust in the boiler to achieve sufficient levels of heat to turn the generators’ turbines.

When expansion joints begin to leak, tramp air enters the system and provides the wrong air-to-fuel ratio, thereby resulting in an incomplete burn in the boiler. This also results in ‘backfire burning’ – when extra burn occurs in the boiler – which damages the walls of the boiler, seals and ducting.

If the leaks are not sealed, ash content also begins to accumulate at accelerated levels and might begin to overflow from its containment area and enter the environment. This ash can pose a health risk to personnel working at the power station. Further, there is also the possibility that airborne ash can re-enter the boilers by being sucked through the leaking expansion joints in the pressure section.

Edmeston notes, however, that, although fabric expansion joints are essential, they are considered by industry as ‘grudge purchases’, as their role in efficient power station operability is often marginalised. This frequently leads to the cheapest expansion joints being bought as a cost-cutting measure.

He further explains that poor-quality expansion joints can fail rapidly and have severe knock-on effects for the rest of the power plant: “A leaking or malfunctioning expansion joint can be significantly more expensive than a quality replacement of the expansion joint in the first place.”

Edmeston adds that the power industries in Europe and the US regard expansion joints as similar in importance to other critical equipment, such as pumps and fans; therefore, the joints require the same engineering guarantees and warranties. In this regard, aspects such as the material types and specifications of the joint are highly prioritised, he says.

Additionally, the installation of an expansion joint is also crucial in ensuring the product lives up to a customer’s expectation, which is why Flextra stipulates in all contracts that only trained Flextra personnel will install its products.

Edmeston tells Engineering News that Flextra personnel have witnessed other expansion joints being installed in highly inappropriate ways. “Often, we see competitors’ products being overlapped, instead of splicing the material and joining it using the correct techniques.”

He notes that Flextra installers are trained to hot-splice the material and use a special film and heating technique that essentially welds two sections of a fabric expansion joint together. This ensures a gas-tight seal and, ultimately, longevity of the product in harsh environments.

Further, expansion joints in power station applications are exposed to high temperatures for long periods and, therefore, need to be constructed from heat-resistant materials and layers to protect the joints.

High-Quality Materials Edmeston notes that Flextra sources the best materials, all of which come from the US.

These materials include teflons, silicones, elastomers and specialised fabrics, such as vermiculite-coated cloth, among other fabrics.

Once shipped to South Africa as individual layers of material, Flextra engineers its expansion joints based on specific customer requirements and applications. They are then built while taking into account what gases will be handled inside the expansion joint and what elements it will be exposed to externally, he explains.

Quality control also forms the cornerstone in the manufacturing of all Flextra products. Quality is checked from the first stage of the process, when the product arrives at Flextra’s factory, in Randburg, to the last stage, when the expansion joint has been installed at a power station.