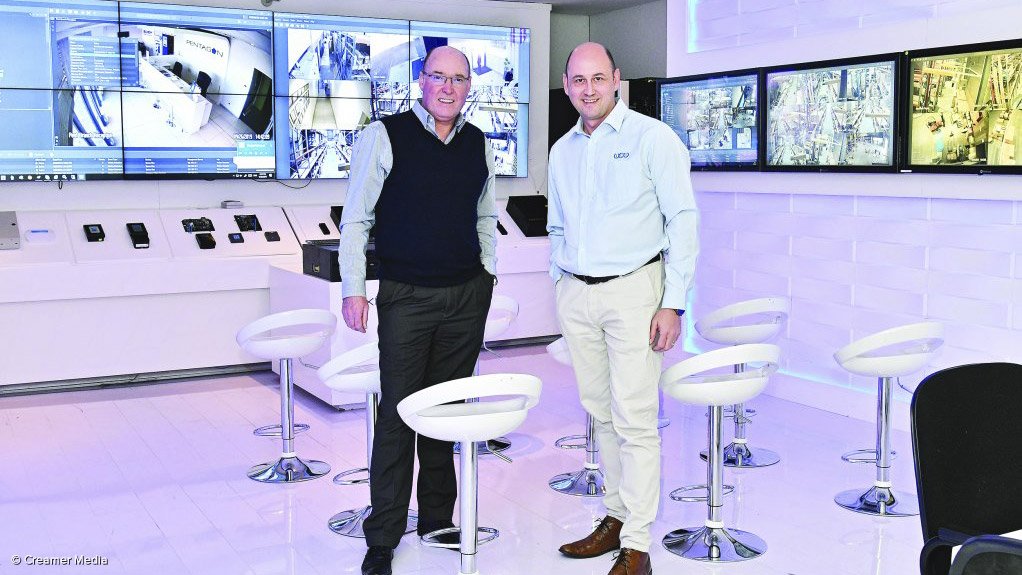 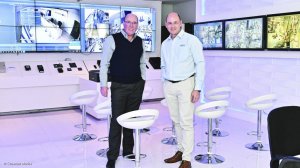 It has been said that entering the Elvey Security Technologies headquarters in the Greenstone Hill Office Park, in Modderfontein, Edenvale, is like boarding USS Enterprise on a Star Trek movie set.

All the futuristic trappings are evident in this Hudaco company’s Pentagon demonstration room, where the highest of high-security outcomes are reached for organisations that demand towering security standards, including governments, embassies, banks and prisons.

What is more, there is also a war room where solutions are collectively custom-designed to meet the zero-tolerance demands of top security-critical customers.

Fittingly, this stimulating technical environment has helped Elvey company Commercial ICT to arrive at a commercial solution for one of South Africa’s most pressing problems – cable theft. Cable theft is having a devastatingly negative impact on electricity supply, road and rail transport, and industrial and mining output, as well as the daily lives of citizens whose economic activities are repeatedly brought to a disruptive halt, sometimes for prolonged periods.

Unsurprisingly, this Proudly South African anti-cable theft-monitoring device has hit the ground running. Not only is it already operational on 12 South African sites but it is also attracting international attention, with a major inquiry being processed for an Australian mining company.

The South African economy alone loses an estimated R5-billion a year to cable theft and Commercial ICT is focused on sharply reducing these losses.

Elvey acquired Commercial ICT at the end of 2016 and this has given the 12-employee company access to a combination of value-adding electrical insights, information technology advances and security skills. These have enabled its specially created cable-theft technology unit to latch on to a broad range of appropriate bolt-on opportunities, which have helped it arrive at the impressive Permaconn-based communication CM12 solution. Permaconn brings together cable sensing and monitoring technology, communication technology, cellphone app technology, the Internet and protocols with which security personnel are well versed.

Most cables are underground and the alerts go out when contact is made with a cable. Affected cables are highlighted on phone apps and control rooms’ 24-hour monitoring so that security personnel can react quickly.

Typically, thieves dig two holes to access buried cable, light a fire to burn off the cable insulation, wait for the cable to short and then connect the cable to a truck that pulls it out of the ground. The effectiveness of CM12 is that it sends out the alert on initial cable impact, giving thieves minimal time and cutting short any major operational downtime.

The same alert goes out if thieves enter electrical substations or use vehicles to pull chained mini substations off their bases and leave live cabling dangerously exposed.

The system allows for notifications to be easily labelled according to the substations, circuit breakers or distribution points, conforming to the existing naming conventions of customers.

Typically, CM12  installations are done in half a day and feedback has been hugely positive. Some customers are already calling for coverage of more than the current 12-cable limit per CM12.

“It’s 100% our development from start to finish, so we are able to accede to customer requests very quickly, because we’ve got everything we need in-house,” said Morein.

CM12 can be incorporated into existing substations or mini-substation transformers or deployed in mobile devices to protect distribution cables installed in temporary distribution boards in the field.

CM12 is also a panic system. If staff are in danger in a substation, it communicates the location of the emergency.

The coils connect 12 multidiameter cables to as many sensors, while wireless Permaconn security monitoring instrumentation communicates with infrastructure at telecommunications companies Vodacom and MTN, as well as to Australia, owing to Permaconn being an Australian product.

Whatever is detected by the sensor coils is relayed back to the security control room, while simultaneously flashing up alerts on the companies Pocket Secure mobile phone app.

“It’s a multiple trigger to key personnel, in-house security and even the police,” he added.

The technology is seen as a major advance on the existing practice of placing a short message system (SMS) modem in a substation and sending an SMS when power goes off.

The CM12 fleet is managed by the company’s Permaconn ATLAS management system, which shows the location and status of every CM12.

CM12, which cuts financial loss and downtime, changes the risk-reward ratio of cable theft appreciably by heightening risk and lowering reward for cable thieves, who do calamitous damage to vital national infrastructure and must be stopped.

Commercial ICT has been nominated for the MTN most innovative internet of things (IoT) awards 2019 for providing a system in the ‘Best Commercial IoT solution’ and ‘Innovative Hardware in IoT developed locally’ categories.