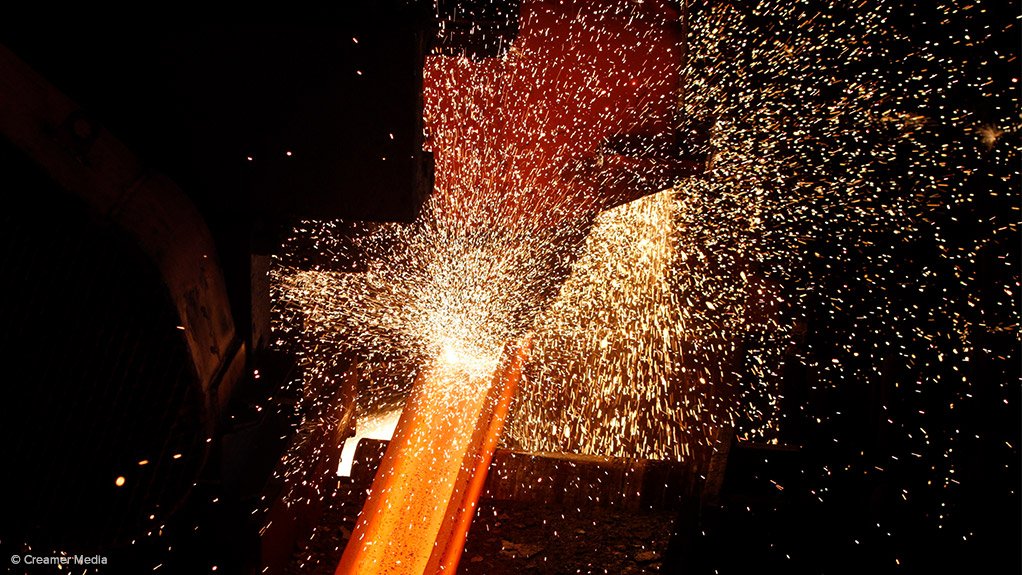 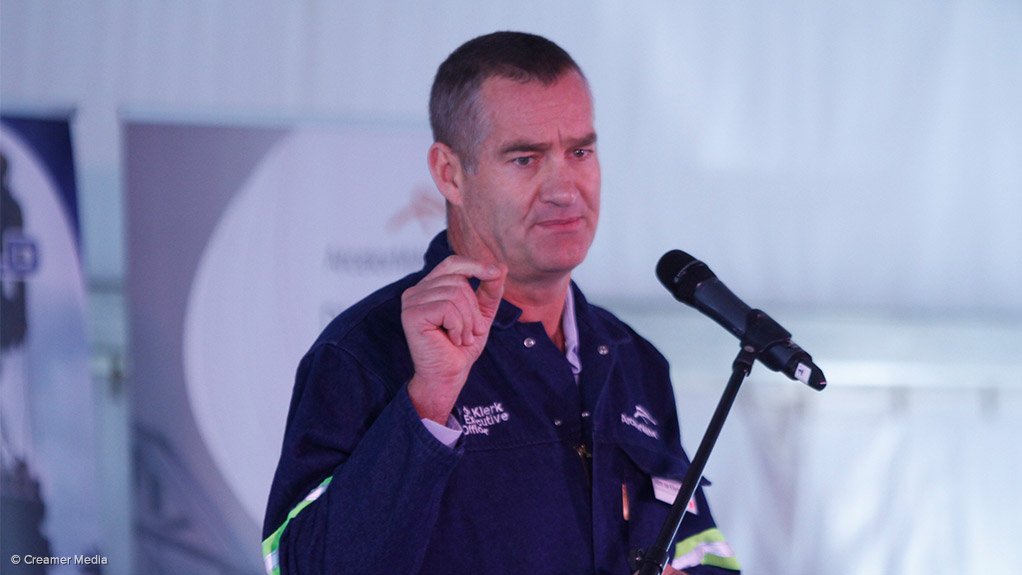 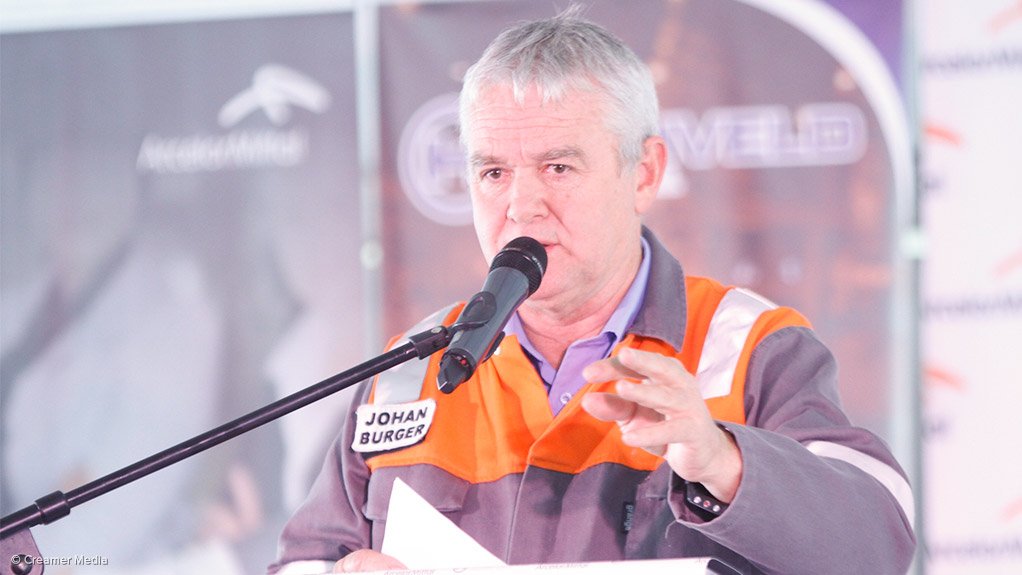 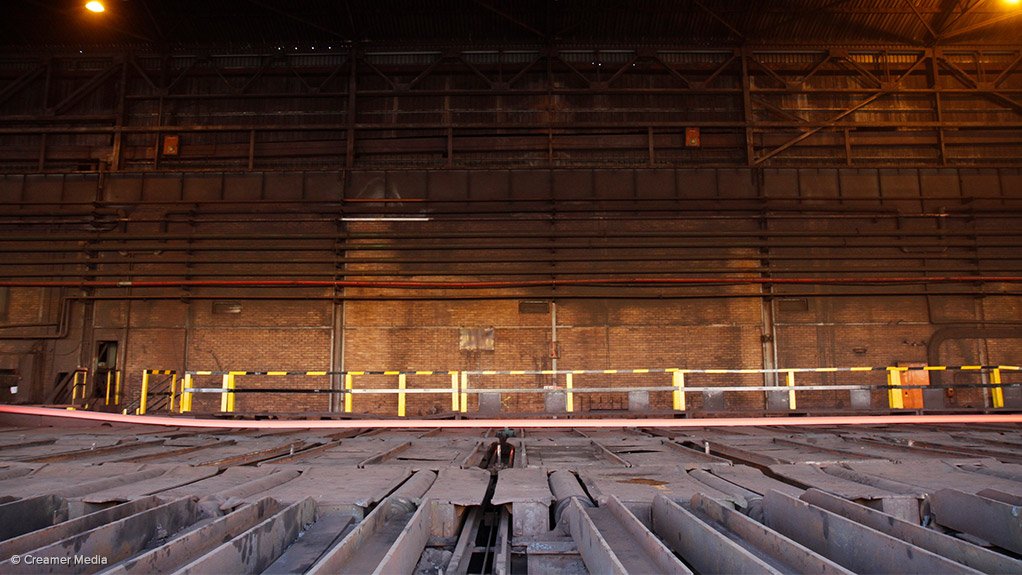 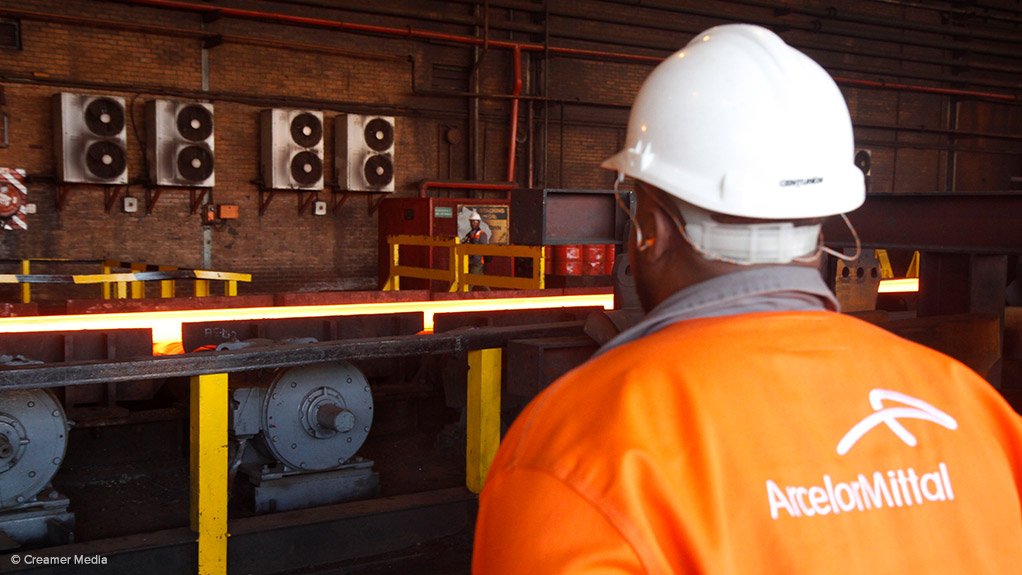 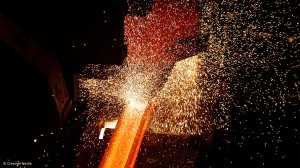 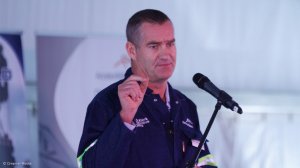 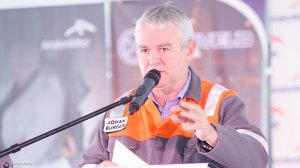 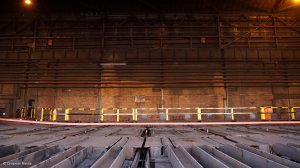 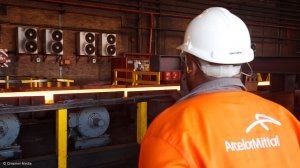 The newly reopened heavy structural mill (HSM) at Highveld Steel, in Mpumalanga, is expected to ramp up to its 18 000 t/m nameplate capacity over the coming few months, having produced 4 100 t since its initial restart in April.

However, both Highveld and ArcelorMittal South Africa (AMSA), which is supplying primary material to the mill under a contract manufacturing agreement signed in December, warn that market conditions remain hostile and that the mill’s ongoing survival will depend materially on tariff protection, as well as an improvement in South Africa’s infrastructure market.

The HSM was officially reopened on Tuesday, marking a milestone in ongoing public- and private-sector efforts to preserve part of an industrial asset, which descended into business rescue in April 2015 and had seen all production halted.

The reopening of the mill did not signal a restart of steelmaking at the eMalahleni complex, developed by Anglo American as an integrated steel and vanadium company in the 1960s and purchased by Russian steel and vanadium group Evraz in 2007. However, the HSM has been refurbished to process blooms and slabs supplied by AMSA’s Newcastle Works into heavy structural sections used in the infrastructure market. All the structural products produced at the mill, including angles, beams, columns and rails, will seek to displace imports.

Highveld Structural Mill CEO Johan Burger said the mill faced the real threat of being dismantled and sold for scrap, following an unsuccessful attempt to sell Highveld as a going concern to a Chinese investor, which resulting in the retrenchment of all 1 700 employees in early 2016.

Burger praised the efforts of business rescue practitioner Piers Marsden for supporting the revival of the mill, when it would have been easier to scrap the asset and repay creditors with the proceeds.

He also welcomed the agreement with AMSA, which would operate for an initial period of two years with an option to extend for a further one-year period. AMSA also had an option to purchase the business of the Highveld Structural Mill after the initial two-year period, subject to further regulatory and governance approvals that may be required.

OUTLOOK FOR CREDITORS
Marsden said the revival of the mill, together with initiatives to raise cash through transforming the Highveld site into a business park, had improved prospects of returning money to employees and creditors.

Overall, retrenched employees were still owed some R300-million, R50-million of which had been paid. The Industrial Development Corporation, which extended a R150-million loan to Highveld in June 2015, would be second in the list of priority creditors to be paid.

The balance of Highveld’s creditors were owed R2-billion and Marsden said the prospects for them receiving better than the 10c-in-the-rand proceeds outlined in the business rescue plan had improved in light of the mill’s restart.

However, both Burger and Marsden stressed that the mill remained vulnerable to cheap imports and indicated that the 10% base protection approved by the International Trade Administration Commission of South Africa (Itac) might not be sufficient to ensure its survival. There was a strong likelihood, therefore, that an application would be made for further safeguard duties on the products produced at the mill. Itac recently granted AMSA a 12% safeguard duty on hot-rolled coil from July 1.

AMSA CEO Wim de Klerk said the outlook for the HSM would also be determined, in large part, by the performance of South Africa’s infrastructure market, which also offered a potential “catalyst” for reviving the country’s flagging economic growth.

Addressing the relaunch of the mill via Skype from Cape Town, Economic Development Minister Ebrahim Patel acknowledged the headwinds still being faced by the domestic steel sector and highlighted the efforts being made to protect the sector.

Patel stressed the support being extended to downstream steel companies both through tariff protection and the creation of a new R1.5-billion incentive, which is tailored to supporting small- and medium-sized firms in the sector.

The restarting of the HSM, together with the opening of the Highveld complex to new tenants, had resulted in the creation of 500 jobs.