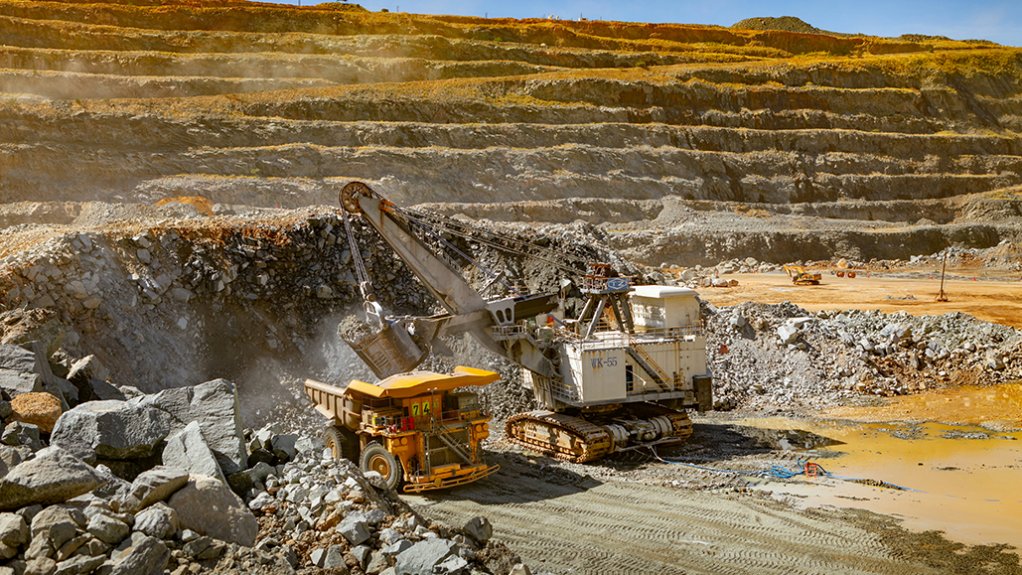 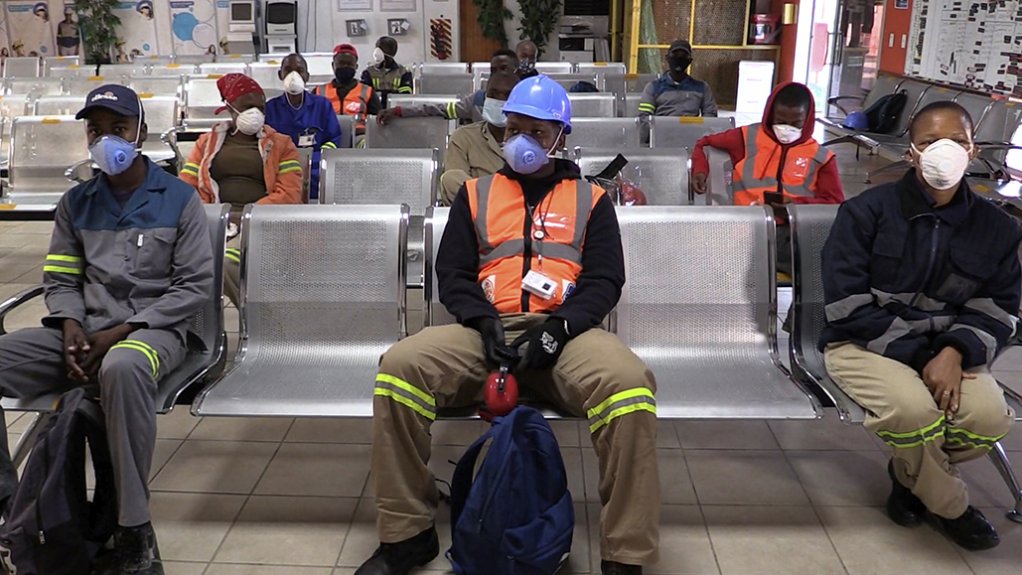 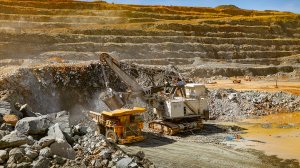 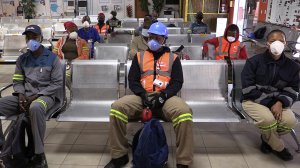 Many geographic regions active in the platinum group metals (PGMs) sector are in the early stages of recovery, following the economic impact of the Covid-19 pandemic, with platinum, palladium and rhodium expected to remain in deficit this year.

However, a great deal of uncertainty remains, as there is limited visibility beyond the next few months, says Anglo American sales and market insights PGMs head David Jollie.

“The Covid-19 pandemic and unprecedented government responses worldwide, including widespread lockdowns, had a significant effect on PGMs supply and demand in the first six months of the year.”

Jollie says local PGMs operations will face significant headwinds for the remainder of the year, with production expected to be impacted on by several variables, including possible power outages by State-owned power utility Eskom.

A sharp decline in supply from local operations is forecast for this year, compared with 2019, owing to the loss of ounces during the hard lockdown from March 26 to April 30, when all nonsurface or mechanised mines in the country were closed, as well as the subsequent slow ramp-up and the ongoing enforcement of physical distancing.

Further, a significant decline in global platinum supply is also forecast, as South Africa accounts for 70% of the world’s mined platinum, while Zimbabwe, which supplied 455 000 oz in 2019, has also been impeded by a national shutdown and the subsequent slow ramp-up of operations.

Recycling contributes one-quarter, or about two-million ounces, of the world’s yearly platinum supply, according to a report published by the World Platinum Investment Council in November last year.

Meanwhile, mined supply of palladium will be less affected than that of platinum or rhodium, as about 60% of the metal is supplied by Russia or North America, which have been much less affected than South Africa by Covid-19 shutdowns so far, notes Jollie.

“We continue to see palladium in a modest deficit this year. In future, market balances will depend on the recovery of vehicle sales globally, but current expectations see palladium returning to a sizeable deficit in 2021.”

Rhodium supply is also expected to remain in deficit this year.

PGMs demand will be heavily affected by the slump in global car and commercial vehicle sales and production this year, as well as the weaker sales of platinum jewellery, and more variable, but mostly softer, industrial demand, says Jollie.

The automotive industry represents the largest PGMs customer, using palladium and rhodium in the catalytic converters of petrol engines, and platinum in exhaust after-treatment for diesel vehicles.

Platinum did not share in the price gains of other PGMs in the first half of 2020, despite a small market deficit, as sentiment was weak even before the pandemic, owing to struggling jewellery sales and a subdued diesel automotive demand outlook.

“The platinum price reached a trough in March as the extent of Covid-19’s impact on demand became apparent. However, the lower platinum price in local currencies resulted in strong retail investor buying, and the price steadied as the pandemic started to have a significant impact on supply,” says Jollie.

While palladium reached an all-time nominal and real-price high of $2 795/oz on February 27, the spread of Covid-19 caused a significant pullback in prices, and a much smaller deficit is forecast for 2020 than previously expected.

“The global light-vehicle market will shrink considerably this year and, even though palladium loadings per vehicle will continue to rise, owing to stricter emissions standards, automotive palladium demand is likely to decline significantly,” states Jollie.

Meanwhile, the rhodium price continued to strengthen to a peak of about $14 000/oz in March this year, an all-time nominal high for the metal, on the back of strong automotive demand and a market deficit.

Rhodium has remained well supported despite the slump in automotive demand, owing to the even larger impact the pandemic is having on the supply side.

Jollie says prices for the minor PGMs have continued to strengthen over the past year, with iridium ending the first half of this year at an all-time high in nominal price terms of $1 645/oz.

The ruthenium price ended the same period at $270/oz, matching the record level it attained in 2019.

“Demand for minor PGMs should remain robust over the medium term, particularly from the electrical industry. Covid-19-related economic disruption will take its toll in the short term, though this will be relatively limited, owing to iridium and ruthenium’s diversified and industrial-focused spread of applications,” explains Jollie.

In the longer-term, Anglo American Platinum expects PGMs supply and demand to recover and, overall, experience relatively little change in its markets owing to Covid-19, with enduring demand across platinum, palladium and rhodium, he concludes.

Mining and marketing company Anglo American Platinum’s (Amplats’) response to Covid-19 has been founded on placing the health, safety and wellbeing of its employees, contractors and communities first.

“While we have stringently followed government and industry guidelines, we have sought to be proactive in our approach to testing and monitoring, and the implementing of preventive and treatment measures,” says Amplats corporate affairs executive head Yvonne Mfolo.

She says the company acted promptly to implement the safe shutdown of most of its operations and implemented broad-based medical health and occupational hygiene protocols.

This is in addition to imposing strict travel restrictions for personnel and introducing appropriate personal protection equipment and physical distancing protocols at operational sites.

“All protocols and processes put in place have been in collaboration with safety and health committees, the Department of Mineral Resources and Energy and labour unions,” says Mfolo.

Further, employees have been issued digital thermometers to allow for self-screening at home, preventing those with symptoms from coming to work, and keeping colleagues safe from infection.

The programme has also involved putting equipment and protocols in place to allow for the comprehensive screening of all employees and contractors entering the company’s operations.

Amplats has further established polymerase chain reaction testing facilities across its operations, which have the capacity to perform 2 500 tests daily, and accommodation for the (quarantine or) isolation of 2 500 individuals.

The WeCare programme has also resulted in the training of 120 staff to become medical first aiders to provide telephonic and on-site support for employees. In addition, a 24-hour counselling line is in place to assist residents at Amplats’ quarantine or isolation sites.

“Further, a comprehensive risk-based screening strategy was enacted across all sites to ensure that potentially infected employees were identified for testing and quarantine.

“Employees who were medically assessed and identified as vulnerable, owing to comorbidities, or those aged 60 years and older, have not been recalled to work during the Covid-19 pandemic to ensure their safety,” elaborates Mfolo.

Across its operations, Amplats has identified about 1 500 vulnerable employees who have not been recalled to work and continue to receive salaries, pension and medical-aid benefits and, where appropriate, housing allowances.

Meanwhile, the company is helping more than 430 villages through various initiatives and has distributed 24 000 food parcels and vouchers to vulnerable households.

“We are supporting 23 villages in South Africa and ten in Zimbabwe with boreholes and water reticulation. In addition, we are assisting local communities around our operations by providing water trucks. As a result, 53 000 community members will have water for drinking and personal hygiene. We will support 77 local clinics and hospitals and have sourced 25 ventilators for hospital use,” says Mfolo.

Amplats’ Unki underground mine, in Zimbabwe, has supported its host communities by providing food and water, and supplying medical equipment to establish a ten-bed intensive care unit ward at Gweru Provincial Hospital.

Amplats, through Anglo American Zimele, has also developed a supplier response plan that supports small businesses through initiatives such as reviewing payment terms, payment holidays on loans and assisting owners in applying for assistance from government and other nongovernment organisation assistance programmes.