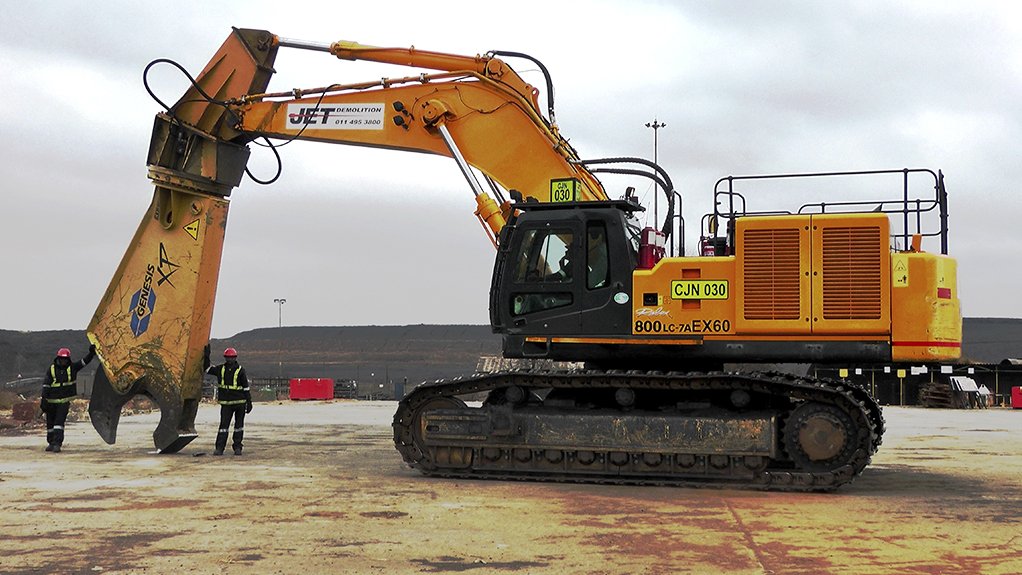 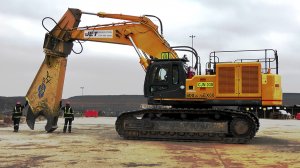 Demolition contractor Jet Demolition is wrapping up a petrochemical demolition project valued at about R20-million.

Jet Demolition project manager André Botes tells Engineering News that the project, which started in September last year, was a welcome relief from an extremely challenging 2020.

“Last year was extremely demanding. To have industry effectively grind to a halt amid a global pandemic has never been factored into any risk strategy. As was the case with most businesses globally, it resulted in a reactive approach that eventually evolved into a proactive approach to ensure the safety of our teams,” adds Jet Demolition contracts manager Kate Bester.

The pandemic resulted in Jet Demolition’s year-end position being a complete diversion from where the company had hoped to be.

“We are adapting and transforming our practices to suit our new reality,” says Bester.

The project scope involved the demolition of a complete plant and all auxiliary services, owing to the highly corrosive product that was being used in the production process.

The demolition portion of the work is complete and rehabilitation is in progress.

The project scope also included planning the demolition process in detail before implementing it. The planning and execution process involved a team of engineers and an experienced site management team.

About 14 employees are on site for the project. Botes says Jet Demolition chose to keep the on-site personnel complement to a minimum, ensuring that the number of employees who might be at risk of Covid-19 exposure was kept as low as possible. This approach was made possible by the range of specialised equipment the company owns, enabling a highly mechanised approach to the works.

The skilled and experienced group of employees works on demolition projects continuously and has been essential for meeting the demanding safety requirements of the client, he adds.

“The requirements and expectations were comfortably met through on-site application and implementation of the Jet Demolition safety system,” he comments.

Specialised techniques and demolition methods minimise sparks and eliminate flame cutting, thereby resulting in the safer and more controlled demolition of structures in highly flammable and volatile environments such as those in the petroleum and petrochemicals industries.

Cold-cutting techniques enhance safety in the petrochemicals environment – limiting incidental contamination of precious resources that would otherwise not have been avoidable using other techniques.

Botes explains that Jet Demolition also used its high-reach excavator with a demolition shear attachment to demolish all the high-risk sections of the plant, thereby  minimising the risk involved in the demolition of highly corroded structures.

Moreover, the highly corroded plant was situated directly next to two highly explosive vessels. The preservation and protection of these vessels directly impacted on the final demolition design, which was tailored to best suit the on-site conditions.  The most stringent safety controls and measures were deployed, ensuring that structures demolished in close proximity could safely be brought to ground, without risk to the remaining structures and personnel.

He says Jet Demolition’s ongoing efforts to keep its equipment modern, current and in good condition have assisted in mitigating short-term challenges such as those experienced after the pandemic outbreak last year.

“The vast majority of our fleet is owned and in top condition, giving us the freedom to commit to projects as they arise,” adds Bester.

Although a large portion of Jet Demolitions’ petrochemicals and chemicals demolition projects remain in South Africa, Botes is sure that rapid development in other African countries will necessitate a larger requirement for demolition works in the sector.

“I expect that oil-rich countries with refining facilities will be pushed towards clean fuel regulations. These upgrades will then require specialised demolition expertise and equipment,” he comments, noting that the push for clean fuels in South Africa will likely also lead to major upgrades at existing facilities, which will, in turn, raise demand for demolition works.

“We are in discussions for potential work in the international petrochemical and chemicals industry. We are pursuing opportunities as far afield as the Middle East,” says Bester.

Jet Demolition has also successfully partnered with consulting engineering firm Edifice Engineering for the Kochi implosions project in India. The project involved the demolition of a high-rise building through implosion – the first ever in that country – in January.

“We look forward to partnering with other contractors, wherever our services may be required. By partnering, other contractors are able to undertake projects that may require a specific skills set. Similarly, we can assist in some of the most challenging work out there.”

Bester is upbeat about the prospects for the South African economy this year.

“We hope to see an upturn in business as more companies and individuals learn to adapt to an ever-changing environment in ways that are responsible and proactive. The only certainty is that Covid-19 will be around for a while yet. South Africans remain resilient. We will adapt and adopt safer procedures and practices to keep our personnel safe and learn new ways of doing business,” she concludes.