Perseverance gets Nasa to Mars again

Perseverance gets Nasa to Mars again 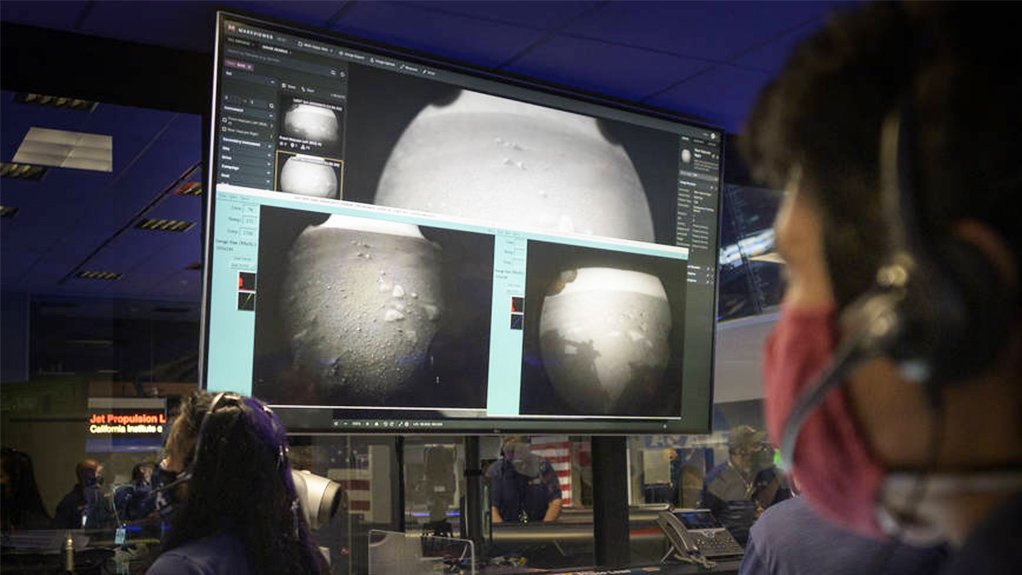 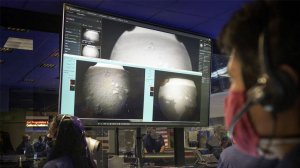 Photo by JPL
Photo taken in Perseverance mission control at Nasa JPL shortly after the rover landed on Mars, with the first images it transmitted from the Red Planet displayed on the large viewscreen

Late on Thursday night, South African time, the US National Aeronautics and Space Administration’s (Nasa’s) latest Mars rover, Perseverance, successfully landed on the Red Planet. It touched down, as planned, in the 45-km-wide Jezero Crater, which lies on the western edge of a giant impact basin named Isidis Planitia. A primary mission for Perseverance is to hunt for fossils of ancient Martian microscopic life, and 3.5-billion years ago Jezero contained a river delta and was full of water. Another key mission for the rover is geological research. Mission control for Perseverance is the responsibility of Nasa’s Jet Propulsion Laboratory (JPL).

“Landing on Mars is always an incredibly difficult task and we are proud to continue building on our past success,” highlighted Nasa JPL director Michael Watkins. “But, while Perseverance advances that success, this rover is also blazing its own path and daring new challenges in the surface mission. We built the rover not just to land but to find and collect the best scientific samples for return to Earth, and its incredibly complex sampling system and autonomy not only enable that mission, they set the stage for future robotic and crewed missions.”

Perseverance carries seven primary science instruments, including a ground-penetrating radar, an X-ray spectrometer, an ultraviolet spectrometer, a weather station, two panoramic zoomable cameras and a laser micro-imager. The cameras and imagers are mounted on a mast that is 2 m tall, with the two panoramic cameras so mounted as to be able to provide stereoscopic images. It will collect and analyse samples and is fitted with a system to cache particularly important ones, until another robot spacecraft arrives, takes these samples on board and then takes off and returns them to Earth. (This later spacecraft is being developed under the joint Nasa/European Space Agency Mars Sample Return programme.)

“Perseverance is the most sophisticated robotic geologist ever made, but verifying that microscopic life once existed carries an enormous burden of proof,” pointed out Nasa Planetary Science Division director Lori Glaze. “While we’ll learn a lot with the great instruments we have aboard the rover, it may very well require the far more capable laboratories and instruments back here on Earth to tell us whether our samples carry evidence that Mars once harboured life.”

“Because of (Thursday’s) exciting events, the first pristine samples from carefully documented locations on another planet are another step closer to being returned to Earth,” stressed Nasa associate administrator for science Thomas Zurbuchen. “Perseverance is the first step in bringing back rock and regolith from Mars. We don’t know what these pristine samples from Mars will tell us. But what they could tell us is monumental – including that life might once have existed beyond Earth.”

The rover has a mass of 1 026 kg and has been described by Nasa as being “about the size of a car”. It is powered by what is designated a Multi-Mission Radioisotope Thermoelectric Generator (MMRTG), supplied to Nasa by the US Department of Energy. The MMRTG is basically a very simple, very small and compact nuclear power unit (which does not use fission or fusion). It uses heat produced by the decay of plutonium-238 to generate electricity by means of thermocouples (which convert heat to electricity). The MMRTG also, when required, provides warmth for the rover and its instruments, to maintain them at their proper operational temperatures. Nasa has used radioisotope thermoelectric generators (RTGs), which have no moving parts, for decades and the MMRTG is based on the RTGs used on the Pioneer 10 and Pioneer 11 deep space probes and the Viking 1 and Viking 2 Mars landers. Since 1961, more than 24 Nasa space missions have been powered by RTGs and these have now accumulated more than 300 years of operating time.