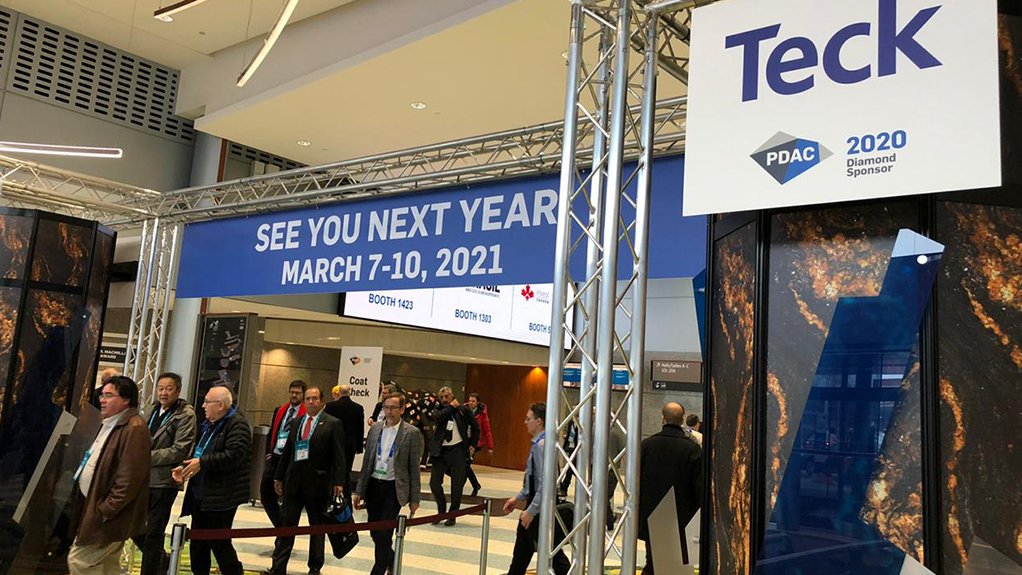 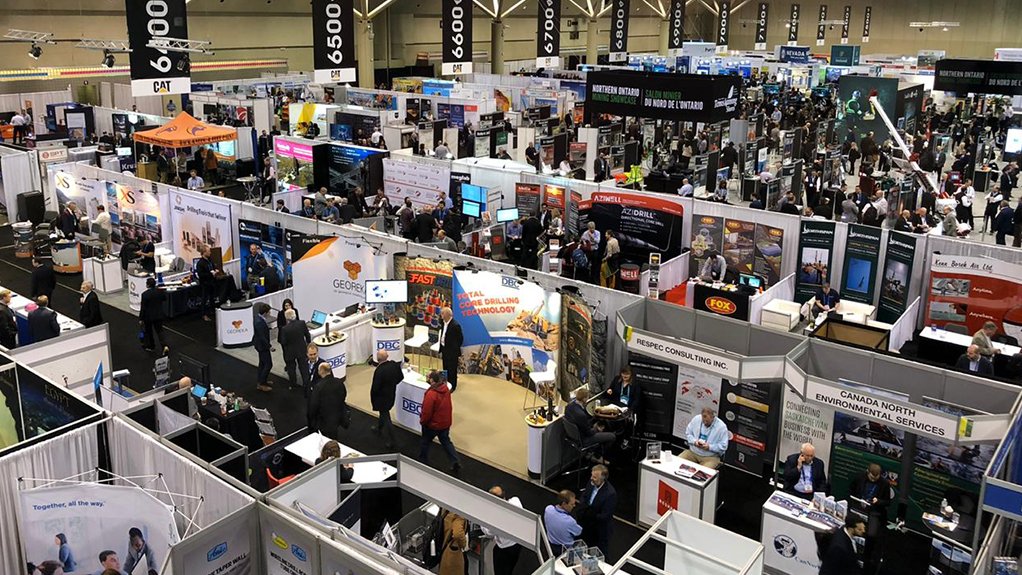 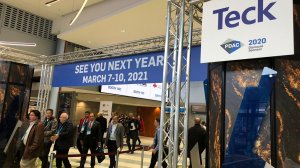 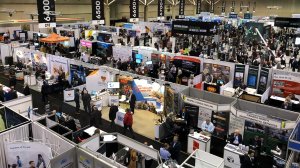 Photo by Creamer Media
GREATER REACH The Prospectors & Developers Association of Canada made the decision to go virtual after many months of analysis and careful consideration, and was encouraged by the prospect of reaching an even greater number of international attendees
Photo by Creamer Media
RECOGNISING EXCELLENCE The yearly Prospectors & Developers Association of Canada (PDAC) Awards showcase exceptional leaders in the mineral exploration and mining industry, and recipients will be celebrated at the Awards Gala during the virtual PDAC 2021 Convention

In December, the Prospectors & Developers Association of Canada (PDAC) welcomed the federal government’s draft legislative proposals to protect jobs and save operations within the junior mining exploration sector and other flow-through share issuers, by extending the timelines for spending the capital they raise through flow-through shares.

The mineral exploration and development sector is a crucial component of the Canadian economy, generating significant economic and social benefits, particularly for northern and remote communities all across the country, says PDAC president Felix Lee.

“This proposed legislation will help provide the necessary support for the industry, contribute to its recovery, and allow us to help kick-start Canada’s economic recovery in 2021,” he adds.

As the impact of Covid-19 continues to cause significant global disruptions, the Canadian mineral exploration sector has seen many junior companies and small businesses facing pandemic-imposed challenges such as voluntary shutdowns or difficulty accessing the field owing to travel restrictions. Government’s proposed legislation will ensure mineral exploration companies with operations impacted by the pandemic are allowed additional time to incur eligible expenses, allowing them to safely plan when to best continue operations, and avoid penalties that would normally come from not meeting original flow-through share timelines.

It is also the largest private-sector industrial employer on a proportional basis of Indigenous people in Canada.

Meanwhile, in the same month, the PDAC announced that six top international and domestic performers had been selected in recognition of their excellence.

The yearly PDAC Awards showcase exceptional leaders in the mineral exploration and mining industry, and recipients will be celebrated at the Awards Gala during the virtual PDAC 2021 Convention, which will take place from March 7 to 10.

This year, the Bill Dennis Award was awarded to Phillip Walford and Sherry Dunsworth for the discovery and delineation of Valentine, the largest undeveloped gold resource in Atlantic Canada.

The distinguished Service Award was presented to Dennis Jones for his contribution to sustainability in the mineral exploration sector through strong leadership of PDAC’s e3 and e3 Plus initiatives, which promote efforts to improve performance and secure a social licence to operate, as well as ongoing corporate social responsibility efforts.

The Skookum Jim Award was awarded to Nalaine Morin for combining Indigenous traditional knowledge with Western science to improve the environmental assessment process for mining projects.

The Sustainability Award was awarded to Canadian gold mining company B2Gold for exemplary resettlement and community development work with the village of Fadougou at the Fekola gold mine, in Mali.

The Thayer Lindsley Award was won by Vancouver-headquartered mining company K92 Mining for the 2017 discovery of the Kora North deposit at the Kainantu mine, in Papua New Guinea.

Finally, the Viola R MacMillan Award was awarded to Mark O’Dea for building and financing several international mining companies, taking them from exploration and discovery through to development and operations.

The PDAC’s board of directors select recipients based on recommendations of the association’s awards committee.

In September, the PDAC announced that its yearly convention – “the world’s premier mineral exploration and mining event” – will be held entirely virtual in 2021 for the first time in its 89-year history.

As the Covid-19 pandemic continues to affect travel and major gatherings, the decision was taken to move forward with a virtual event offering a safe and innovative solution for the industry to access the opportunities provided by the traditional in-person convention in Toronto.

“We are excited to adapt the PDAC Convention by offering a fully virtual experience to participants for the first time,” PDAC executive director Lisa McDonald said at the time.

“The PDAC Convention plays a vital role in keeping the global mineral exploration and mining community connected, and that is more important than ever as our members, exhibitors, sponsors, attendees and partners overcome challenges presented by the global health crisis,” she noted, adding that the health, safety and wellbeing of attendees were PDAC’s top priority.

Lee added that PDAC made the decision to go virtual after many months of analysis and careful consideration, and was encouraged by the prospect of reaching an even greater number of international attendees, who might not have been able to attend the event in person.

“The PDAC Convention is renowned for its unrivalled programming, investment opportunities and networking, and we are committed to providing a first-class experience to participants – wherever they are in the world – in a new virtual setting,” he concludes.