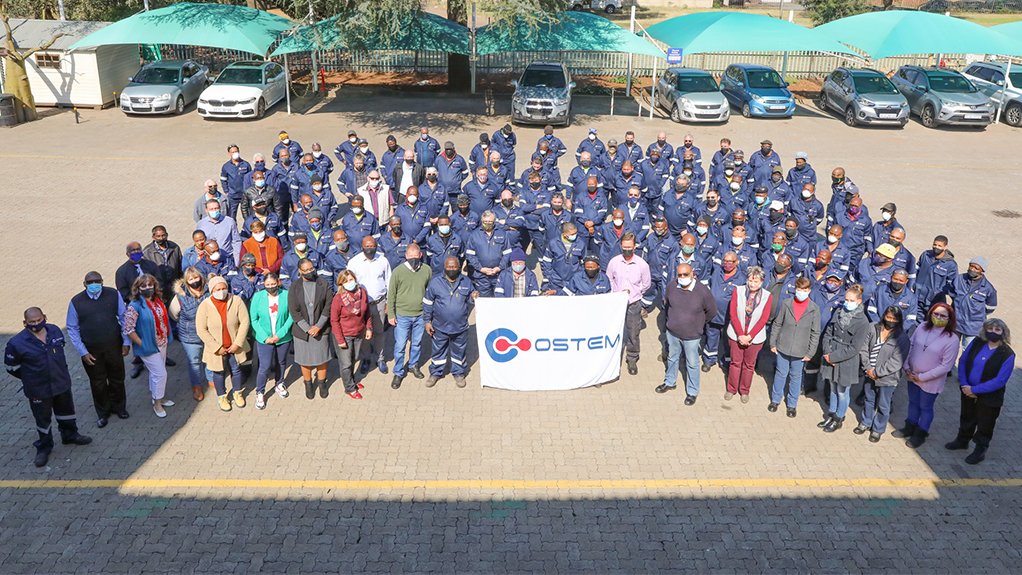 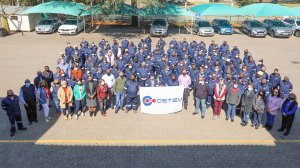 Having purchased one of Metso Outotec’s facilities located in the industrial hub of Vereeniging, south of Johannesburg, together with the fabrication, machining, assembly and repair part of the business, Ostem, a division of Istogen Investments Holdings, is expanding its contract manufacturing reach beyond its traditional mainstay of mining to all other industries that require its wide scope of services in South Africa and beyond.

Contract manufacturing is a vital component of any coun­try’s manufacturing industry. With that in mind, Ostem, a black owned contract manu­facturer, is spreading its wings across all industries where fab­rication, machining, assem­bly and repair services are required.
Armed with a large site that covers 12,9 hectares with 28 000 m² under roof, Ostem has the capacity to provide contract manufacturing services to companies of all sizes. The company’s facility has a maximum lift capacity of 80 t and can accommodate fabrications of up to 30 t and machining jobs of up to 40 t and 6 m in diameter. This, says Ostem MD Sean O’Connor,  is believed to be one of the few contract manufacturing facilities in the country with this capacity. The company also has a wide variety of machines that can accommodate much smaller jobs, explains O’Connor.

Operations at the Vereeniging site started as far back as 1957 as a ferrous foundry. Over the years there has been several changes in ownership, until more recently the site comprised four operations owned by Metso South Africa, now part of the Metso Outotec Group. Ostem purchased the ISO9001 accredited fabrication, machining, assembly and repair portion of the business from Metso Outotec on November 1, 2020.

Following the transaction, the management team and all employees involved in these activities were retained by Ostem under a Section 197 transfer, thus keeping the decades of expertise within the company. The transaction also included a supply agreement with Metso Outotec, where Ostem provides local contract manufacturing services to the international conglomerate, initially focusing on the crushing and screening part of the business. This was recently expanded, through a tender process, to include Metso Outotec’s local pump assembly.

As part of Ostem’s growth plans, explains O’Connor, the company seeks to expand its business well beyond its supply agreement with Metso Outotec and its traditional mining focus.

“The two pillars of our growth strategy entail, firstly, maintaining and growing our relationship with Metso Outotec, and secondly, expanding our reach to utilise the available capacity to cover other industries including energy, agriculture, rail, earthmoving, marine, pulp and paper, and materials handling, among others,” says O’Connor.

“We aim to expand our customer base and industries beyond mining and Metso Outotec, in order to grow volumes, better utilise the existing capacity, generate employment and become a sustainable, large player in the metals and manufacturing sector,” he adds.

Ostem Chairperson and Istogen CFO Terry Musiyambiri says the group is using its Ostem business “as the nexus of its fabrication and machining services portfolio” to support mining and other industries in South Africa and Africa at large. There are great synergies between Ostem and other engineering-focused businesses within the Istogen group. These include a flameproof electrical motor company and a vamping and mining services business.

“Looking forward, Ostem is targeting to expand its services to include design and installation/commissioning capabilities to service other industries and better utilise the capacity and capabilities that we have available in the plant,” says Musiyambiri.

He also reiterates the significance of local manufacturing, especially given the disruptions caused by the COVID-19 pandemic to global supply chains. “Utilising the capabilities of a local contract manufacturer like Ostem will help reduce manufacturing lead times. Local manufacture also eliminates the risk of uncertainty related to shipping periods,” says Musiyambiri.

“Whether you are negotiating a short run manufacturing deal or trying to simplify your manufacturing processes to cut down production costs, engaging the services of a contract manufacturer of Ostem’s stature makes production as smooth as possible, so companies can focus their time and effort elsewhere,” concludes O’Connor.