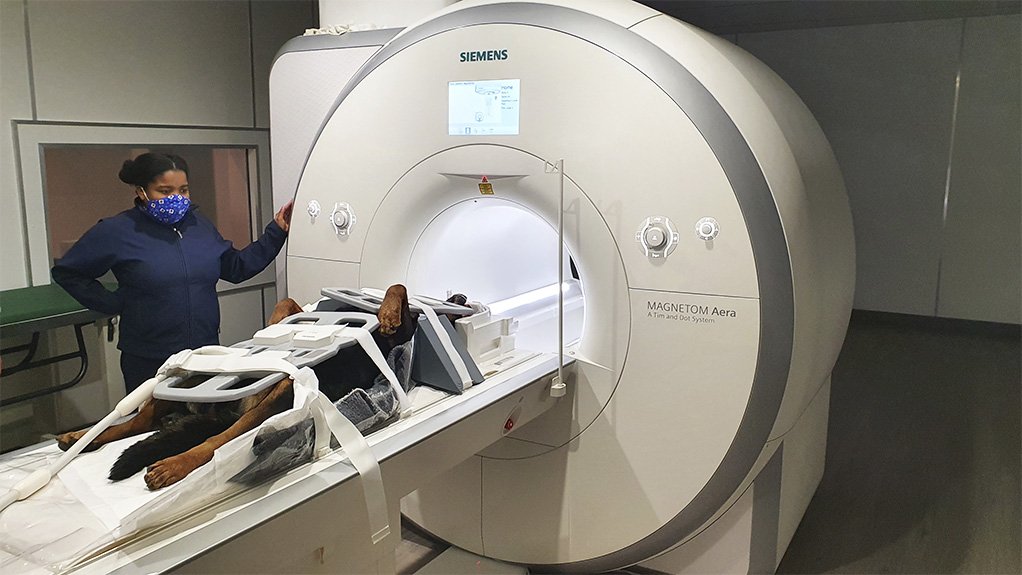 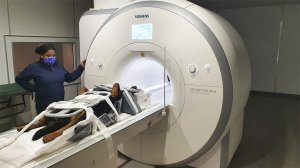 “In South Africa, the use of MRIs for diagnostic purposes is limited to small animals and most MRI scans are done in human facilities by special arrangement,” says OVAH director Dr Paul van Dam.

“An MRI scan takes 45 minutes or longer, which limits the number of cases that can be referred. With our own MRI scanner, we can now do scans at any time of the day on site, without the additional time to travel to another facility. An added advantage is that our MRI scanner will be the only high-field MRI in South Africa with image acquisition optimised for veterinary patients.”

MRI scanners differ in strength in terms of the magnetic field being used, which is rated in Tesla (T) units. Stronger magnetic fields make for faster examinations, with greater detail and clearer pictures compared with lower-strength units.

“The new MRI scanner at the OVAH is a 1.5 T unit, which is believed to be the strongest unit in veterinary use anywhere in Africa.

"The unit also has the biggest diameter bore, or the scanner’s diameter, available, which allows us to scan the bodies of even the largest dogs and many other animals, including wildlife such as big cats and great apes – on the built-in table. We can also scan the limbs and necks of larger animals like horses on a purpose-built and locally designed table,” Van Dam notes.

In the past, MRI scans were done on a variety of animal species, including several highly trained working dogs and a lion, whose central nervous system symptoms revealed that the animal was afflicted with hypovitaminosis A.

The MRI scanner was made possible in part by a generous bequest from Betty Noakes, who left a large part of her estate to the OVAH to be used for the benefit of animals.

“We trust that the MRI will indeed play a large role in improving the lives of our patients,” says UP Faculty of Veterinary Science dean Professor Vinny Naidoo.

“Over the years, the OVAH has distinguished itself on various levels. It has now begun another exciting chapter in the faculty’s more than 100-year history, the beginning of a new era in service delivery and patient care.

"It reinforces the hospital’s invaluable role and position as the country’s leading veterinary hospital,” adds UP vice-chancellor and principal Professor Tawana Kupe.