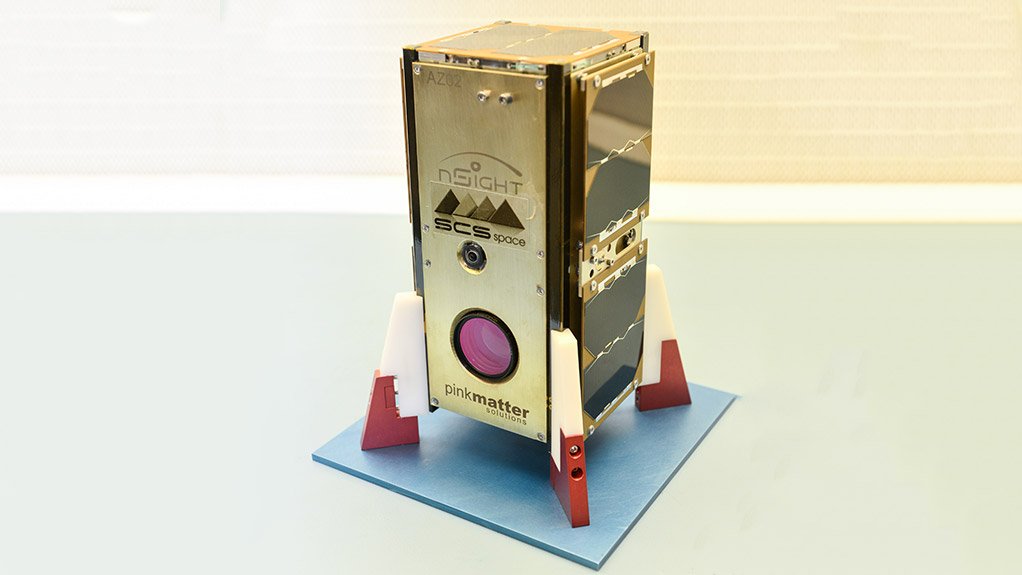 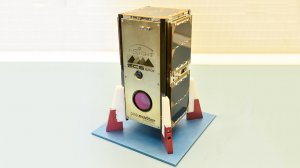 A South African nanosatellite will be launched into space from the International Space Station (ISS) during the first quarter of next year, as part of an international research project under the European Commission’s Seventh (Research) Framework Programme (better known as FP7). The project is designated QB50.

The South African nanosatellite is named nSight1 and its development has been overseen by local private-sector company SCS Aerospace Group. “We are proud not only to be part of the QB50 project, but especially of the fact that it presents the opportunity to showcase South Africa’s ability in the space industry,” affirmed SCS Aerospace chairman Dr Sias Mostert. “Almost all the systems and components on this satellite were manufactured and assembled within six months with South African partners.”

nSight1 has a mass of about 2.5 kg and will also serve as a flight test platform. It will test-fly SCS’s newly-developed Gecko imager and NMMU’s Radiation Mitigation VHDL Coding Technique (which has been patented). It was assembled in the clean room of NewSpace Systems.

“The mission is a joint investment by SCS Aerospace group and Pinkmatter Solutions and forms part of a line of satellites to establish space heritage for a new generation of high-performance remote sensing cameras,” he highlights. “The camera technology being tested on the nSight1 nanosatellite was developed with initial support from the South African Department of Trade and Industry’s AISI [Aerospace Industry Support Initiative] programme.”

“As a producer of new generation satellite ground segment software, Pinkmatter primarily serves the international satellite market,” explained Pinkmatter CEO Chris Böhme. “As a South African company, we are stronger by working together to provide more value to continue our success story in the international market. We are proud to have co-funded the nSight1 mission, the first private South African satellite, and thank all the engineers for the many days and nights of excellent work.”