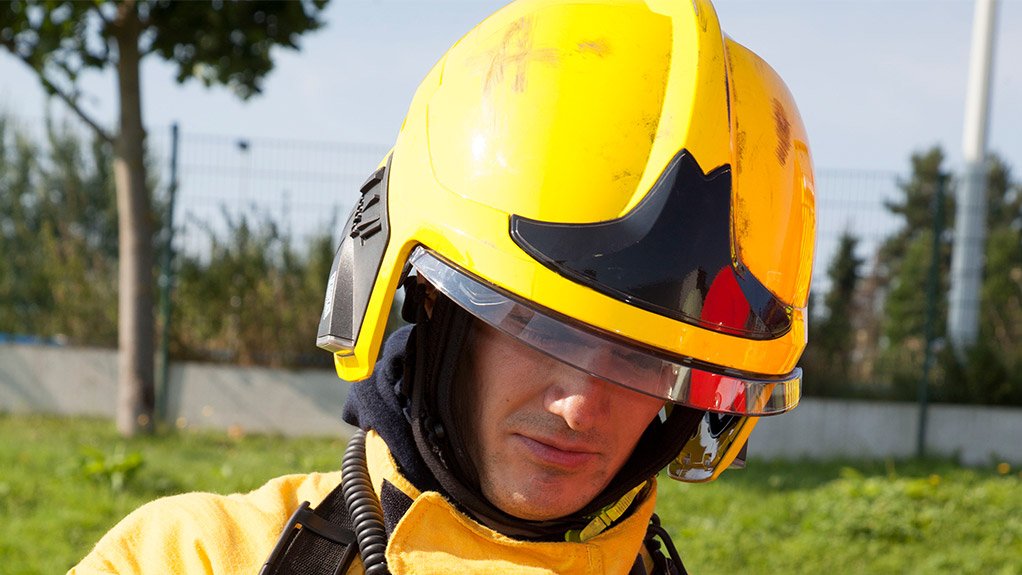 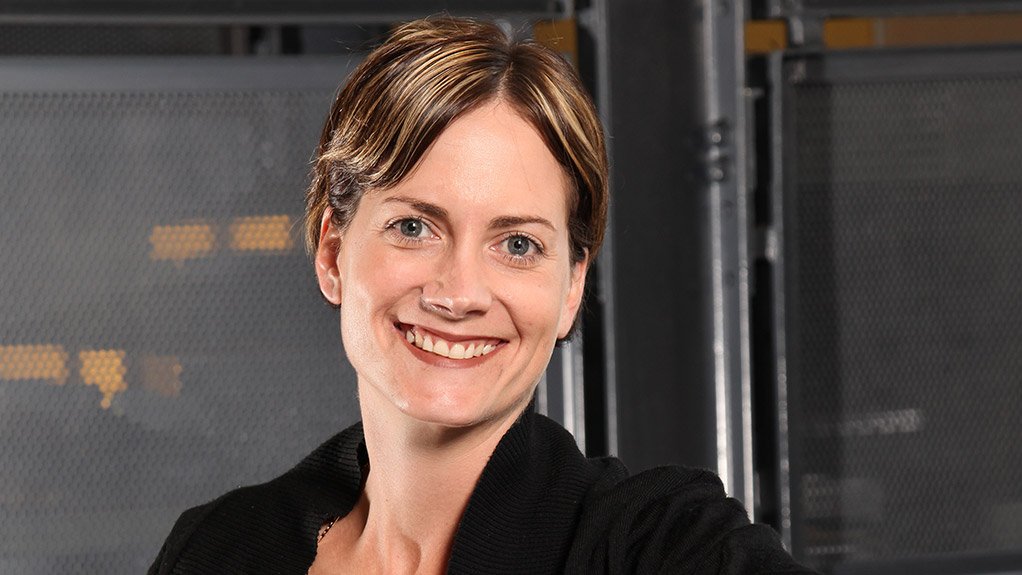 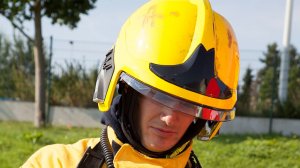 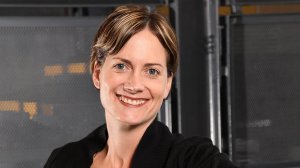 Pearson explained that the gold-coated face shield provided extended coverage and field of vision for firefighters during the dangerous situations in which they had to operate.

She highlighted that the Gallet F1XF helmet was manufactured using modern design techniques and was awarded EN 443:2008 certification for firefighting in buildings and numerous other structures.

Pearson stated that additional benefits of the fire helmet were its robust user- friendly head-size adjustment system, a padded and adjustable chinstrap with a quick-release buckle and a quick-fit adjustable mask connection system for use with a helmet-mounted breathing-apparatus face piece.

She added that the modular construction of the Gallet F1XF contained a new operational feature, which allowed for the swift and effective care, maintenance and assembly of parts, while an extended impact liner provided additional side impact protection.

“Since then, Gallet helmets have been used by more than 1.7-million firefighters worldwide in more than 80 countries,” stated Pearson.

“The Alpha Personal Network is a system of modular and wireless components, which can be individually integrated when required to enhance operational safety and capability. The system’s basic setup functions include monitoring, personal monitoring, pressure data and motion alarm,” she said.

The system’s monitoring and telemetry components include the alphaMitter, alphaHud and alphaBase software.

Mohun pointed out that these compo- nents were highly robust and extremely user friendly, despite their technological sophistication.

“All the system’s components are compliant with the requirements of explosion protection company Atex, for Zone 0 environments, which are classed as permanent risk areas requiring a high level of protection owing to a mix of explosives elements being present on site over a prolonged period,” she highlighted, adding that the system was, therefore, designed to withstand the hostile environments of emergency fire rescue operations.

“The alphaMitter is a short-range transmitter that is attached to the SBCA, which sends air pressure data to the alphaScout or alphaHud units every second. The alphaScout is a wireless device, which functions as pressure gauge, mini-computer, motion sensor and alarm,” added Mohun.

After receiving pressure data from the alphaMitter, the alphaScout calculates the remaining service time, based on the user’s breathing rate.

“Should the user be unable to move, an integrated sensor activates an emergency alarm. In combination with the alphaBase, the alphaScout can also receive an evacuation notice from an incident command unit,” stated Mohun.

Moreover, she noted that using a non- distracting light-emitting diode display in the alphaHud at the perimeter of the user’s field of vision, the alphaHud display enables hands-free air supply monitoring, while the wireless alphaHud provides pressure status and alarm information. This, she emphasised, assisted greatly in improving operational efficiency and safety.

“The alphaHud is an indispensable piece of equipment when used in combination with chemicals-protection suits, where the ability to use a hand-operated gauge is greatly limited,” Mohun asserted.

The wireless universal serial bus 2.4 GHz signal exchange between alphaMitter, alphaScout and alpaHud created a defined user, explained Mohun, adding that, although the devices were easily inter- changeable, a unique signal pairing was established when alphaScout or alphaHud made contact with an alphaMitter.

The devices’ unique signal pairing ensured that other device signals in their vicinity did not interfere with theirs, she said.

“To ensure maximum safety, the Alpha devices can only be switched off when the system is fully depressurised.”

She noted that the intuitive alphaBase software allowed for automatic monitor- ing without the need for operator intervention. “An alarm alerts the command officer to irregularities, while complete incident data is automatically logged and analysed, thereby replacing time- consuming manual reports.”

“All operative personnel are monitored to ensure that a rescue team can be sent in at the first signs of trouble. An evacuation signal can also be sent to specific teams or the entire crew,” she stated.

The long-range Alpha Personal Network polls are all logged on the alphaScouts sequentially and a complete polling cycle takes just 3.4 seconds. Up to 24 alphaScouts can be logged onto a base station, while several transmitters and receiver systems can be operated simultaneously in close proximity to one another, which Mohun said would “ultimately ensure the system operated at maximum efficiency”.

“With excellent receiver sensitivity and 500 MW of output power, the highly reliable signal has a range of up to 4 km. The system’s 866 MHz frequency provides a licence-free frequency, which enables the base station to automatically choose a free channel.

“I am optimistic that the Alpha Personal Network will dramatically improve overall safety and proficiency levels in the local firefighting industry,” concluded Mohun.