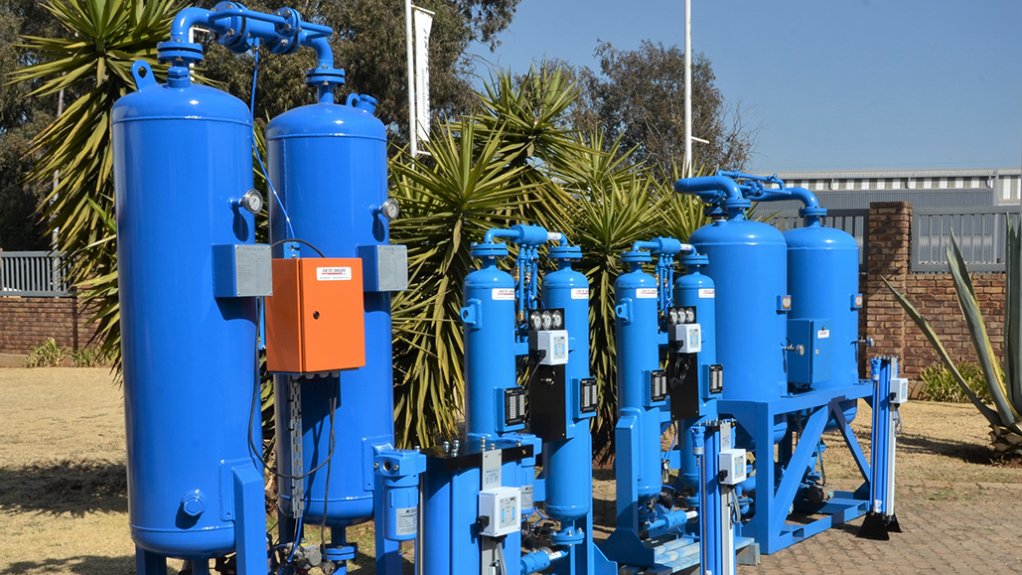 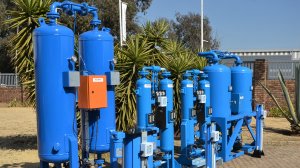 The heavy duty design and construction, along with simple controls, were deliberately included in the new SA Series to ensure reliability and ease of maintenance on site.

“The design includes two patented shuttle valves that provide reliable switching, directing the compressed air from one vessel to the other every four minutes. The two simple air-operated angle seat valves control the desorption air flow into atmosphere, with almost zero back pressure. Low back pressure is essential to ensure efficient desorption of the desiccant used in the drying process,” Cockfield explained in a statement issued in August last year.

The IP 45-rated panel has a simple adjustable timer sequence. The control panel timing sequences can be changed easily on site if needed.

Further, an optional dewpoint probe displays drying performance in the straight timer mode, or the drier can be controlled by the same probe and the timing cycles can be prolonged, thereby reducing compressed-air purge losses.

Speaking to Engineering News, Cockfield says the rationale behind launching the SA Series was to reduce the company’s dependence on Asian supply chains that were “in poor shape” after the outbreak of the Covid-19 pandemic.

Moreover, a general dearth of shipping containers available for exports out of Asia also served to promote local manufacture, he adds.

“The pandemic has shown the vulnerability of supply chains. South Africa may not have the money to spend on imported industrial products. We must become self-sufficient.”

The SA Series range is aimed at providing clients with shorter lead times than those of the imported units, with their generally also being cost-effective and manufactured using local materials, labour and suppliers.

Ranging from 3 m³/min to 42 m³/min at pressures reaching up to 13 bar, the SA Series meets a variety of client specifications.

The smaller modular HDD series driers of less than 3 m3/min will continue to be imported from Malaysia.

“During Level 5 of the lockdown, I spent a month designing a breathing air drier, pro bono, for use by Covid-19 patients in hospitals. We have built many driers like this before, although it’s time consuming and costly to build it on our own, compared with importing it. However, clients now want local. It’s no longer just about the price,” Cockfield declared in a statement issued in September last year.

Cockfield says the company was fortunate to have a good-sized crew in place, as well as facilities, to start manufacturing locally over the 24 months prior to the pandemic outbreak, so no further upgrades or expansions were required to launch the new products.

“Our clients are enthusiastic for local products. They will – more often than not – give preference to local driers, provided they work efficiently and come in at an acceptable price point,” he claims.

“Turnover figures are down a little, but not in a dramatic fashion,” he says, adding that importing pressure equipment directive- (PED-) compliant air-receivers from Italy has somewhat delayed production and shipping times. This caused minimal impact on sales because of Artic Driers International’s large stockholdings.

Cockfield says the company is also taking advantage of the current global economic circumstances to push for more market share in Europe and East Africa as part of its drive to internationalise its footprint. He believes that Africa is the next frontier for the company.

“Many of my associates in the compressed-air world do business in East and Central Africa, and up to 50% of their turnovers are Africa-based. It’s time for us to move north and wrestle away market share from Asian supply chains,” he said in September.