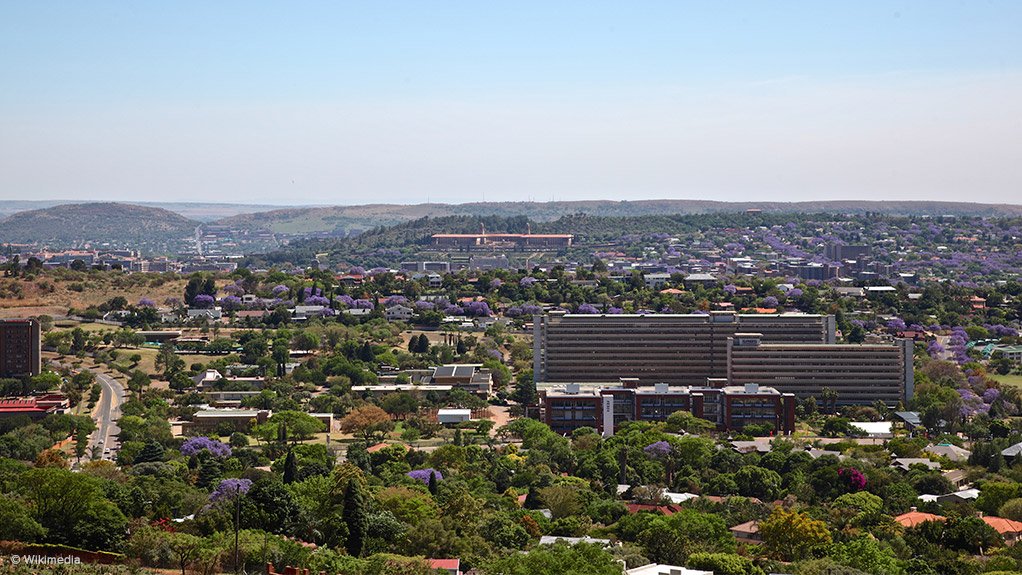 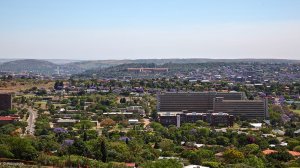 It featured about 1 400 solar panels, which generated 355 kW of clean electricity that would help power the site, and a grey water system that captured 55 000 ℓ of rainwater, for more than 12 000 toilet or urinal flushes, thereby reducing water consumption by 50%.

Other green initiatives included 20 000 ground cover plants and 110 new trees planted on the grounds, with a drip irrigation system, which allowed the plants to make efficient use of up to 90% of the water supplied by reducing run-off and evaporation, as it applied the water slowly and to the root of the plant.

A building management system controlled the lighting and air conditioning by zones, while light-emitting diode lighting throughout the complex reduced electricity consumption.

The building hosted the employees of nine US government agencies under one roof, including a major portion of the Department of State, USAID, the Centre for Disease Control and Prevention, the Department of Homeland Security, Drug Enforcement Agency, the Department of Health and Human Services, Defence Threat Reduction Agency and US President Barack Obama’s Power Africa initiative – the only presidential initiative headquartered outside of Washington DC.

Speaking at the opening, Pretoria Mayor Kgosientso Ramakgopa said the city was growing in stature, citing the construction of the African Union and United Nations head offices in the city.

He congratulated USAID on attaining the 4-star building rating. “I will be able to brag to my peers that in the city we now have five buildings that are 4-star rated, or greater. This is a welcome addition to that repertoire of buildings that have received the GBCSA rating.

“Our ambition is to be the leading city on the whole continent [in green buildings] and we challenge some cities in the developed countries. [This is a demonstration] of our commitment and desire in ensuring that we attain local economic growth,” Ramakgopa added.

He highlighted that the green rating came at an opportune time, with the contribution of renewable energy. “We have a major problem in the country [with] the energy deficit and I am glad that there is an energy transition happening here, through the contribution [of solar energy],” he said.

Also speaking at the event, Assistant Secretary of State for African Affairs Linda Thomas Greenfield noted that the four-storey building had been built with significant USAID resources, through inter-agency cooperation.

“Our staff will continue to strengthen bilateral and regional relationships and partnerships for the good of the region – helping the ongoing fight against HIV/Aids, to working to electrify Africa,” she added.

Thomas Greenfield highlighted that the building would house over 300 employees, facilitating workplace communication and coordination, while easing the overcrowding in the existing USAID building.

“USAID is committed to constructing an environmentally and socially responsible workplace that offers staff a healthy environment without taxing local resources. The US government strives to reduce our carbon footprint and energy use, so installing solar power at this site was an obvious decision for us.

“We’re proud of our solar installations because they’re part of a range of green initiatives that have helped us achieve industry recognition for our efforts,” USAID Southern Africa Mission director Cheryl Anderson said.

The many green aspects of the building would reduce the site’s carbon footprint, saving an estimated 618 t/y of carbon emissions.

GROENKLOOF PRECINCT
Meanwhile, Ramakgopa noted that the city was starting to grow the Groenkloof precinct, where the USAID building was situated; adding that “huge investments” were being made in the area.

“We are going to make every effort to ensure that we relieve pressure with regards to traffic congestion, investing over R200-million to increase the capacity on the road in this part of the city.

“[We are] investing in public transport infrastructure that is efficient, reliable, affordable and safe,” he added.

Groenkloof was home to many international embassies, the University of Pretoria’s Groenkloof campus, the South African Bureau of Standards, the Construction Industry Development Board and many other important institutions.

Bordering on Groenkloof were the University of South Africa’s premises.