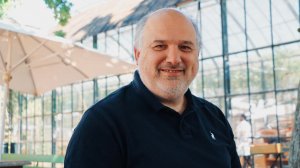 JOHANNESBURG (miningweekly.com) – The new green copper play in the Northern Cape expects to be cash positive from its second month of operation.

Big Tree Copper, a rebrand of Cape Copper Oxide, will begin producing copper plate from July, which will be sold at the mine gate to Noble Metals. (Also watch attached Creamer Media video.)

In September/October, the company, headed by CEO Jan Nelson, will be listed on South Africa’s ZAR X stock exchange for eventual reverse listing in the TSX Venture Exchange-listed Handa Copper Corporation, also headed by Nelson, and also a shareholder in Cape Copper, to provide dual ZAR X and TSX-V listings.

Big Tree Copper will rehabilitate old mine dumps in the Northern Cape copper mining area of Nababeep, founded in 1860 by the Okiep Copper Company.

It will be producing A-grade copper through a solvent extraction electrowinning (SXEW) plant designed and built by the company itself.

“What’s nice about this is that we’re also rehabilitating the environment. We’re cleaning up all the old mine waste dumps in the area. We’ll be commissioning the plant in July and then going into full production,” Nelson told Mining Weekly in a Zoom interview.

“The plant has taken us two years to build. It is, as far as I know, the only SXEW plant in South Africa that has been purpose built solely for copper production. We have an offtake agreement with Noble Metals and we’ll be selling the copper plates we produce at mine gate. Our plates are about 1 m by 1 m and about 4 mm to 8 mm thick. We stack them on pallets for Noble Metals to collect at the mine gate and we then get paid at the mine gate for those copper plates. Our plates are about 99.899% pure copper. There is virtually no impurity. We produced our first plate in October last year and then we decided to expand, which we did in the past year,” Nelson said.

The current plant will start up doing about 100 t of copper a month and the equation is very simple at the moment – 100 t multiplied by the current copper price of $10 000/t is $1-million, and costs are of the order of about $250 000 a month, providing a very good margin.

The plant can go to up to 160 t a month of copper then the plan is to expand next year to about 240 t a month. The company will then look to building a second plant to give another 250 t a month, in order to achieve the targeted 500 t of copper a month.

“Everybody always thought that these rock dumps were waste but on a closer inspection, we saw there was a lot of oxide material and we could see the copper and we wondered why all this copper was lying around.

“We sampled it and then discovered that there was quite a big resource of copper lying there,” Nelson said.

The only way of getting the copper out of the oxides was to build an SXEW plant, which is costly.

“It’s been a painful journey for the last three years. We started by borrowing and begging money from friends and family and putting our own money in, and we built a segment of plant and proved that we had reached a milestone. Then we brought in more money and finally got to where we wanted to be,” Nelson said.

Initially, a plant building consultancy company was contacted to build the plant but it never delivered and that forced Big Copper Tree to partner with Tinus van Schalkwyk, an engineer in Nababeep, who has his own workshop.

“That forced us to design and build our own plant, with some painful lessons but we’ve built it for probably a third of the cost of a normal plant of its size," Nelson told Mining Weekly.

NO CAPITAL RAISING ON ZAR X

On the reason why the company has selected listing on the ZAR X stock exchange, Nelson said: “We like ZAR X. We like their electronic platform. We can give shares to our employees, they can immediately see those shares on their mobile phones, they can sell and buy shares, it’s just a very nice electronic platform and it allows a company of our size to list faster and for less money than on let’s say the JSE. I’ve been listed on the JSE. There’s nothing wrong with it. I just think it’s exchanges for different sizes of companies.”

On how much Big Tree Copper intends to raise on ZAR X when it lists towards September, Nelson replied: “That’s the nice thing. We don't have to raise any money. We’re fully funded, and we have cash in the bank, and we should be cash positive from month two. There is a big South African fund manager coming in ahead of the listing, I’m not allowed to say who they are until we list.”

Once listed on ZAR X, Big Copper Tree will be the only pure environmentally green copper play in South Africa.

Regarding the obtaining of mining rights, Nelson spoke of the surface assets from which copper is to be recovered as being “moveable and different" from the usual mining right application process.

In being an environmental clean-up company and not a mining company, Big Tree Copper does not require any mining rights.

“There are some strict protocols we will adhere to on the environmental side. We are spending about $10 extra a tonne on cleaning up the dumps and the rocks because we’ll produce no residue, and it’s quite important for us to make that environmental contribution as well because we do get a premium rating on our copper.

“Copper doesn’t just drive the new green economy but cleaning up the environment in the process is also a good thing and we’re doing it in an area where there has been a legacy of waste left behind that nobody is going to clean up. We’re doing that and at the same time we’re making a lot of money,” he said.

Not only will copper be recovered from waste, but the land stripped of dump material will also be rehabilitated. The Okiep Copper Company, formed by Newmont, was incorporated in 1937. With that comes a large land rights package and there is also water in the areas that contains a half a gram of copper per litre.

“We’re going to extract that copper from the water through a membrane plant and then we’ll have clean water and our plan is then to develop a big agricultural hub. We’ve got people who are very good at greenhouse tunnel farming and that will create a considerable number of jobs. I guess that in about five or eight years that the tunnel farming business will be larger than the copper business. So,there are many spinoffs,” Nelson said.

THIRTY-YEAR RESOURCE TO BE RECOVERED IN 15 YEARS

On wanting to recover copper from a 30-year resource in 15 years, Nelson said: “We don't want to mine for 30 years. However, we’re in discussions with strategic partners where we can secure another 30 years of oxide material. That in situ oxide material, though, will have to be mined, whereas the current resource is made up of loose piles of rock lying on surface.

“The bottom line is to avoid mining over 30 years. Once we see that the plant is running well, we’ll be looking to building a second plant and that will halve the life.

Even if the copper price falls to $2 800/t, the operation will break even. "At $10 000/t, we’re making extremely good profits. We planned this project at about $5 800/t. The material is within a 5 km radius of our plant, there are no big transport costs.

“We’ll convert our fleet of yellow equipment into battery electric vehicles so that will reduce our costs further by about 15%,” Nelson revealed.

Sixty people are being employed currently and that should rise with both plants to more than 250 people.

Management owns about 40% of the shares, initial friends and family investors another 20%, and the big unnamed fund manager to come in will own the rest.