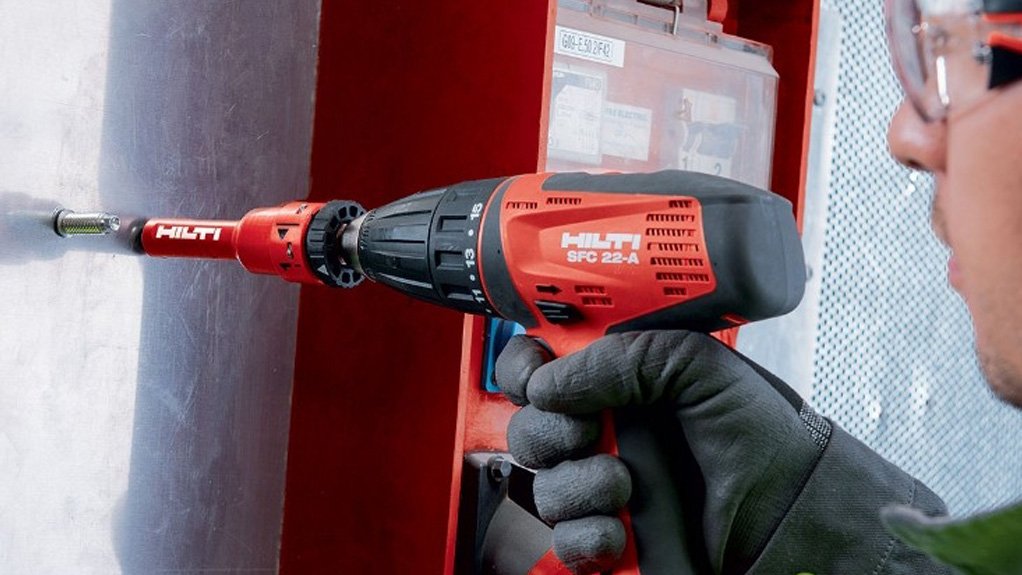 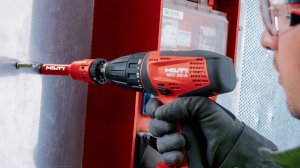 He adds that conventional welding processes include the emission of dangerous fumes, and trained welders require a hot works permit to safely carry out work on site.

However, this is not the case with the Threaded Stud S-BT because no welding is required.

“This solution is also more safety-focused and mitigates incidences where people can get injured,” says Muntz.

He adds that, as a one-person operation, the solution is more time efficient and simpler.

Also, the chances of the base steel being damaged are minimal and, thus, no rework is required, making the fastening technology a more effective and productive solution.

Thereafter, a calibration system is used to check that the threaded stud is fastened securely and correctly. All this is done in minutes, saving time, preventing rework and increasing productivity.

He notes that, during the process of fastening onto steel, no powder actuated technology (tool and cartridge) is used in the process, which allows Hilti to offer solutions in powder-actuated-tool-restricted environments.

The fastening point is then sealed off with a neoprene washer to avoid any corrosion occurring around the fastening.

The Threaded Stud S-BT stud is available in M8 and M10 sizes in hot dipped galvanised and stainless steels, while an aluminium stud is designed for the thinner and softer base materials.

It is also vibration-resistant and causes no through-penetration on steel with a thickness of 6 mm and above.

This means that there are fewer concerns regarding the exposure of the coating on the base steel, preventing any further corrosion, and that fastening into thinner and softer base steels is possible with S-BT.

The threaded stud is designed to instantly fasten onto steel for applications found on the job site such as mountings for grating, electrical boxes, cable trays, conduit runs, signage and cable ladders.

It makes solid, precise fastenings in high-strength and standard construction steels. The precise fit of the two-step installation seals the bare steel connection without disturbing any of the surrounding protective coating. This allows for corrosion-resistant installation to be completed as soon as the stud is set.

“The S-BT solution offers a simple, fast and efficient fastening method that is cost effective and increases productivity tremendously, compared with traditional methods that cost money, take time and are tedious,” concludes Muntz.