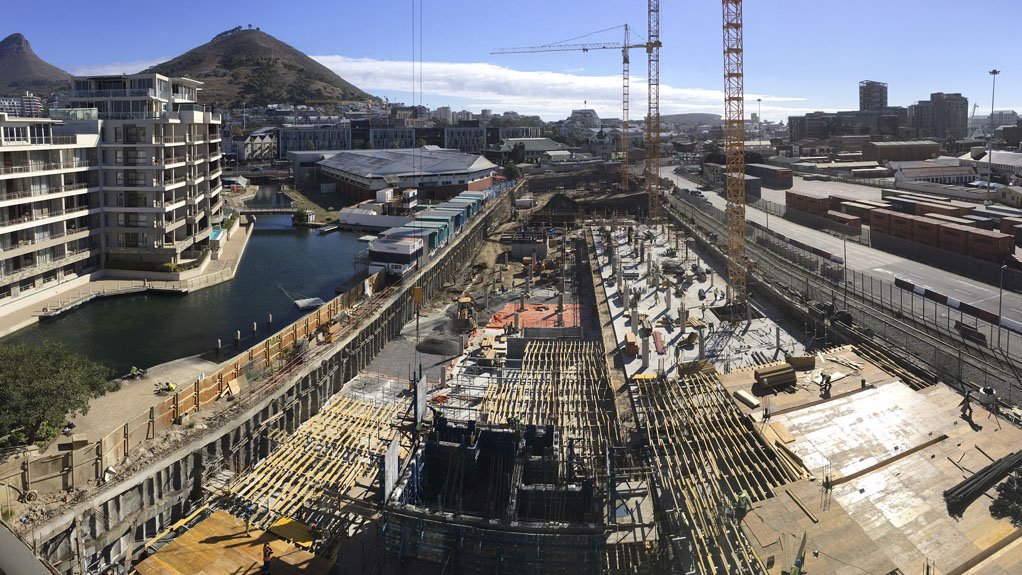 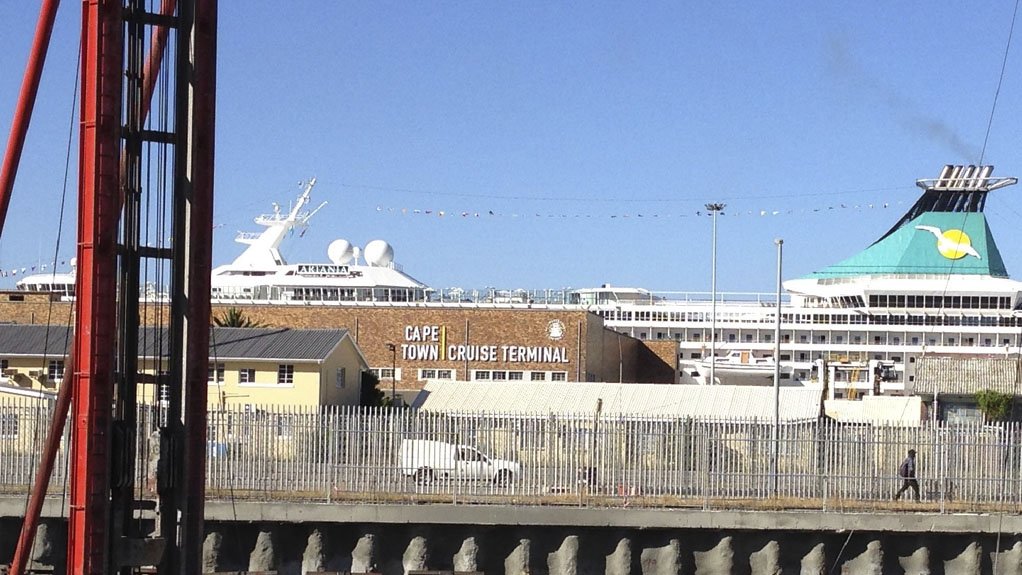 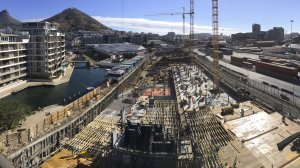 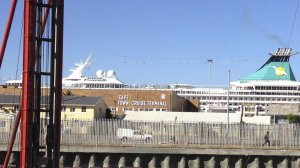 The company explains that the property is located near the Cape Town International Convention Centre and directly south of the new cruise liner terminal.

The Yacht Club is a multiuse development, which the company says is destined to become one of Cape Town’s sought-after destinations and will add to AMDEC and civil engineering company Franki Africa’s partnership.

“From a geotechnical perspective, it is evident that the Cape Town Foreshore is not the easiest area in which to operate. The varying ground conditions with old rock-filled docks and piers and the high water table present a significant challenge,” says Franki Africa retired divisional director Rod Schultz.

The location that has been chosen for the Yacht Club has shale bedrock which is overlain by stiff residual material followed by marine deposits and fill comprising of old harbour facilities, general tipped rubble and dredged sands.

The company explains that the ground water table was intersected at an average depth of 0.86 m with the bedrock falling from around –0.84 m in the west to –2.9 m in the east. It points out that special attention had to be paid to an existing subsurface canal running from the south to the north that intersects the eastern portion of the site with both the lateral support and piled foundation design modified to accommodate and maintain the integrity of the structure.

“Our previous experience on the neighbouring Harbour Bridge and Canal Quays projects gave us a thorough understanding of the prevailing ground conditions in the area and enabled us to quickly offer our client the most cost-effective solution,” he says.

He explains that the soldier piles for the lateral support were a combination of 400 mm in diameter continuous flight auger (CFA) piles and 325 mm diameter rotapiles tied back with a single row of anchors and gunite arches. The anchors had to be carefully positioned and inclined sufficiently to not intersect with the canal, which runs very close to the site.

“CFA piling is a fast and economical system with no vibration and limited noise levels associated with it. This was particularly advantageous on a site which is close to live canals and railway lines, contains a labyrinth of existing services and has neighbours who are particularly sensitive to noise,” says Schultz.

He points out that the main feature of the rotapile system is its ability to penetrate boulders and rock formations. Socketing into hard rock is effected rapidly using the down the hole hammer percussion drilling technique. As with CFA, noise levels are low and vibration limited.

Schultz says that the foundation piles were designed to be flexible to meet the varying and sometimes unpredictable ground conditions. Three pile types were used, the Franki Africa-driven cast-in-situ piles, temporary cased augers and oscillator piles, with individual load bearing capacities from 2 300 kN to 10 000 kN.

He explains that the Franki Africa Pile is one of the most well-known piling systems in Southern Africa. Developed 70 years ago, it is still one of the most popular pile types in this region. Its main feature is the large base formed at the toe of the pile and, in forming it, the end-bearing area is considerably increased.

Schultz says the technique is an economical system, has an extensive range of pile sizes and like the other piling systems used on the Yacht Club site, its noise levels are relatively low. Another significant challenge on this project was the very demanding schedule.

“This meant that the works not only had to be very carefully planned but also executed to perfection. AMDEC required a phased handover to the main building contractor so that the critical-path tower cores and basement sections could be started while Franki Africa were still busy on site. We started operations during the latter half of 2016 and completed everything on time and within budget by mid-March,” says Schultz.

He concludes that, to have successfully completed this project on time, AMDEC needed it to run smoothly. “This was facilitated by these two professional companies which pulled out all the stops to ensure that we could do it.”