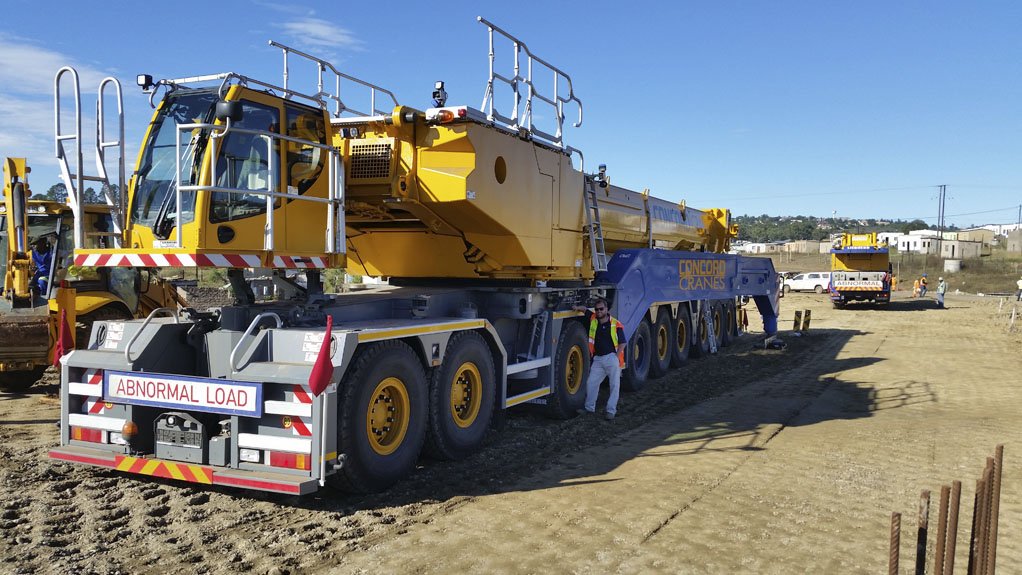 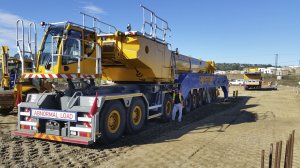 The need for cranes in the construction of bridges usually depends on the design and geographical location of the bridge, states Midrand-based crane rental agency Concord Cranes, which forms part of the Industrial Services Group.

“While the weight of the beams plays a role, the geographical location of the bridge, as well as environmental obstructions, such as water or steep rock faces, are also taken into consideration when a crane is required,” says Concord Cranes technical sales representative Chester Rawstron.

The substructure comprised two abutments and two piers. All foundations were founded on 1 050 mm piles augered and socketed into bedrock with an average depth of 7 m.

The superstructure comprised 18 precast beams, each 29.9 m long and weighing about 60 t.

Minor bridges that are often cast in situ tend to require smaller cranes, which have a lifting capacity of less than 25 t, as they are required to pour concrete, which bears a light load.

“The small size of the crane also makes it easier for the crane to manoeuvre its way into the area where the concrete needs to be poured,” Rawstron notes.

Major bridges require cranes bigger than 25 t to place the precast concrete beams, which bear a much heavier load.

notes that different size mobile cranes play different roles in the construction of a bridge.

The heavy-lift capabilities of the 750 t hydraulic crane were required to enable Concord Cranes to lift the 60 t beams into place, thereby ensuring that the required safety margin was kept between the capacity of the crane and the weight of the load, at the working radius.

Rawstron elaborates that the construction of bridges over bodies of water tends to bring space restrictions. With the placement positions of the crane and the trucks transporting the beams limited, a crane with sufficient reach is required.

These are factors that impact on the reach and the boom length requirements of the crane, which ultimately needs to be factored in when determining the size of the crane, he notes.

“The key feature of the crane is that it can carry its entire telescopic boom on public roads. Its high load capacity and boom systems enable it to cover a range of uses,” he concludes.