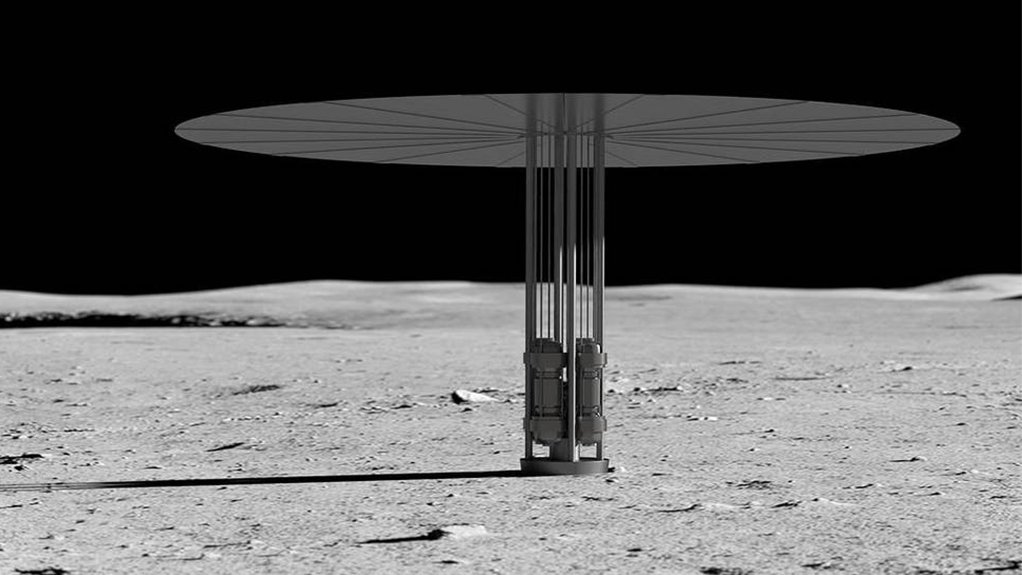 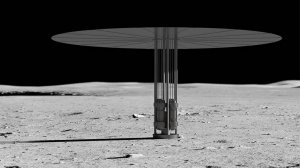 The US National Aeronautics and Space Administration (Nasa) announced on Tuesday that three proposed design concepts for nuclear fission power on the surface of the Moon had been selected for further development. Nasa was working jointly with the US Department of Energy (DOE) to develop nuclear technologies for use in space, and the three contracts, each worth some $5-million, would be awarded through the DOE’s Idaho National Laboratory.

The aim was to develop initial design concepts for 40-kW class nuclear fission power plants, that would have an operational life of at least ten years. The 12-month contracts were being awarded to three consortia. They were – Lockheed Martin (consortium leader), BWXT and Creare; Westinghouse (leader) and Aerojet Rocketdyne; and IX (a joint venture of Intuitive Machines and X-Energy, and consortium leader), Maxar and Boeing.

“The Fission Surface Power project is a very achievable first step toward the United States establishing nuclear power on the Moon,” noted Idaho National Laboratory director John Wagner. “I look forward to seeing what each of these teams will accomplish.”

Nasa pointed out that nuclear fission power plants would, in comparison to other systems, be relatively small and lightweight. Nuclear fission systems were of proven reliability. And they could generate power continuously, regardless of where they were situated, the amount of sunlight available, or other environmental conditions. Successful demonstration of such a system on the Moon would open the way for long-duration Moon and Mars missions.

“New technology drives our exploration of the Moon, Mars and beyond,” highlighted Nasa Associate Administrator: Space Technology Mission Directorate Jim Reuter. “Developing these early designs will help us lay the groundwork for powering our long-term human presence on other worlds.”

These contracts form Phase 1 of the project. They will provide crucial information to Nasa, that could result in the joint development of a fission power system that would be fully flight certified. This project would also help Nasa to mature nuclear propulsion systems for spacecraft, which, unlike the surface fission power systems, would generate power with nuclear reactors, and which would be used for deep space exploration missions, particularly crewed ones.