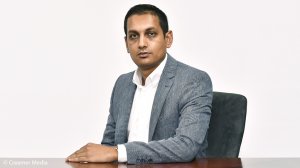 There is, however, hope that some of the positive momentum seen at the end of last year can be sustained in 2021, he adds.

“Last year was a tough year. If one thinks about the general state of the domestic automotive market even before the first Covid-19 lockdown, it was already struggling and, of course, Covid exacerbated that.

“We have not compiled year-end production and employment numbers yet, but I know of component companies that have either closed certain lines or have engaged in retrenchment programmes in 2020,” says Moothilal.

“Our last quarterly sample at the end of the third quarter, 2020, saw a close on 8% decrease in component employment, so it’s logical that the sector would have ended the year with significantly fewer employees than it started.”

Having said that, it’s not all bad news, he notes.

“We do know that supply to local original equipment manufacturers (OEMs, or vehicle manufacturers), especially those with large export contracts, experienced an uptick in the fourth quarter, and this appears to be continuing into the early part of this year.

“And of course, an announcement such as the recent R15.8-billion expansion by Ford gives some indication of a positive trend for local manufacturing as we enter the 2035 Automotive Masterplan era.”

Moothilal expects 2020 component exports to have fared somewhat better than new-vehicle exports, which experienced a 30% drop.

“Without complete and verified 2020 year-end figures, it’s difficult to say with utmost certainty what happened to component exports last year. However, in observing some export data building up towards the end of the year, one could hazard a guess that component export data will likely drop from the high of R53.7-billion in 2019 – but not to the extent that vehicle sales and production were impacted.”

Moothilal says the generalised lockdown conditions across the global economy resulted in months of lost production, but the weak rand in 2020 probably boosted export values.

Catalytic converters are likely to have performed better than expected, possibly linked to the increasingly stricter emissions regulations in the European Union that were phased in from last year.

“Engines, engine parts and tyre production numbers are most likely to be negatively impacted in a year-on-year comparison, as a result of halting production under the lockdown restrictions in South Africa, as well as lower demand from export markets,” says Moothilal.

Biggest Challenges
“Right now I think the biggest challenge for business, not just auto-sector businesses, will be the impact of further waves of infection, coupled with how the country manages the vaccine roll-out strategy,” says Moothilal.

“We are working through business structures to feed information into the Ministerial Advisory Committee workstream that is handling this programme.”

Outside of ongoing Covid-19 compliance requirements, general employee health and wellness under the ongoing pandemic is also a big concern.

“Whilst there have been signs of a global uptick in the automotive sector, I think there has to be increased focus on shoring up the local sector,” adds Moothilal.

The domestic market for new vehicles and components, especially replacement or aftermarket segments, needs some impetus.

“Over the longer term it’s also important to quickly start getting to grips with impacts in traditional export markets in light of changing regulatory regimes there,” he notes.

“The announcement towards the end of last year that the UK was pulling forward its restrictions on internal combustion engines (ICEs) to 2030, means the local sector needs to either find and grow new ICE markets really quickly, or start planning which of the alternate fuel vehicle technologies are going to be built in South Africa.”

New APDP
One of the positives around government’s new Automotive Production and Development Programme (APDP II) is that the design of the support programme has been known for some time, so component companies are likely to benefit from its greater focus on localisation, says Moothilal.

“Purchasing decisions and contracts would have already been planned in anticipation of this.

“Given a delayed start to APDP II (from January this year to July) it’s likely this year will see companies bedding themselves down in terms of the processes and getting used to how the new programme works.”

One of the key programmes Naacam is working on, together with the Automotive Industry Transformation Fund, and the Department of Trade, Industry and Competition, is opening participation to this fund to many of the large multinational members the association has in its ranks.

“The challenges of equity dilution for these companies is no different to what the OEMs face,” says Moothilal. “This will have a positive impact on the scale of funding to support black-owned component suppliers, as well as increase the opportunities for procurement from this group of emerging companies.”