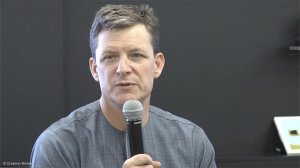 As MTN group president and CEO Rob Shuter prepares to step down in March 2021 from the role he has held since 2017, the hunt has begun for his successor.

Shuter plans to pass on the baton to “take a well-deserved rest” before figuring out his next move.

“I came back to South Africa on a four-year assignment. I have loved my time here. It has been the greatest privilege of my working career but it has been enormously challenging, and it comes at a great sacrifice,” he says, explaining that the team is on the road for more than half of each month.

However, Shuter plans to focus his efforts completely on MTN over the next 12 months to ensure an orderly succession process, without “skipping a beat” operationally.

“We have got an enormous amount of work to do, and the real advantage of announcing [my exit] now is that we will have 12 months to go through a handover to the new person, so that we give our people, our customers and our shareholders continuity and stability.”

The board, led by chairperson Mcebisi Jonas, will manage the succession process and expects to conclude this during the year.

“Under his leadership, much progress has been made, including establishing and com- municating a clear vision and strategy, driv- ing the resolution of a number of complex matters and delivering significant improvements in transformation, operational perfor- mance and staff morale,” says Jonas.