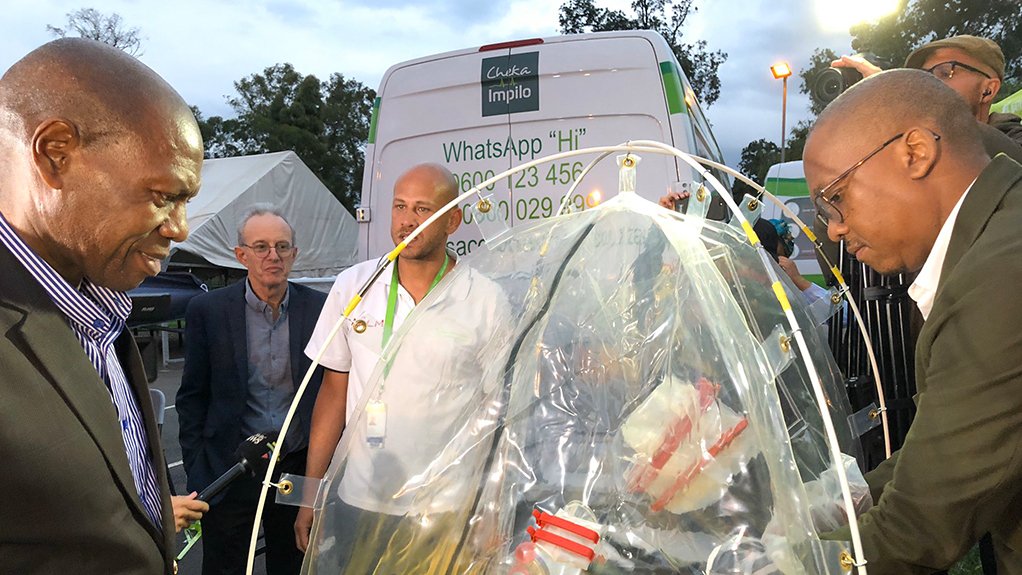 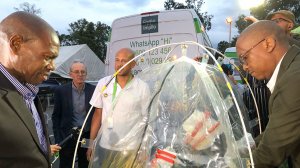 In light of the increasing number of Covid-19 local transmissions in South Africa, the Department of Health (DoH) and government have stepped up capacity for testing across the country through procuring an additional 60 mobile sampling and testing units.

In line with President Cyril Ramaphosa’s announcement earlier this week, these units will be deployed nationwide to all districts and metropolitan municipalities, bringing the total number of mobile units to 67 countrywide.

At this stage, the focus of the units will be on collecting nasopharyngeal specimens for polymerase chain reaction (PCR) tests or GeneXpert testing.

Speaking at the launch of the units on the evening of April 1 at the National Health Laboratory Service, Health Minister Dr Zweli Mkhize said this would increase the country’s capacity to conduct up to 30 000 tests within 24 hours.

All mobile testing units will be equipped with different equipment, including a pop-up bio-container to store samples until it can be inserted into a cartridge. Once the sample is in the cartridge, it will be safe to put in a GeneX machine, located at the closest lab, for testing of the virus.

Results are expected within 45 minutes.

Ramaphosa this week indicated that 10 000 fieldworkers would be deployed to get as many people as possible tested for the Covid-19 virus in an effort to ascertain exactly how many people in the country have contracted the virus, and thus curb the spread within South Africa's borders.

For the upscaling of the mobile testing programme, Mkhize said a list of priority districts would be finalised by MECs via a teleconference.

As of April 1, South Africa had 1 380 confirmed cases of the coronavirus.

So far, more than 47 000 tests have been conducted, which Mkhize lamented “is too few” when taking South Africa’s population of over 50-million people, as well as the inequality, poverty and the country’s underlying burden of immune suppression diseases, into account.

The Minister further pleaded that action be taken with regard to the setting up of these mobile units for health workers to move into communities with cases, or contacts, and set up testing and screening in communities. These workers will start with the symptomatic and then move on to testing the greater community.

Further, the President also mentioned that a new track and trace solution for the country’s unique circumstances would be set up.

To this effect, telecommunications company Telkom has been working with the National Institute for Communicable Diseases and the Council for Scientific and Industrial Research to develop a novel track and trace solution to assist in identifying people who may have contracted Covid-19.

The track and trace system is in line with global best practice, as promoted by the World Health Organisation.

In a statement on April 2, Telkom group CE Sipho Maseko explained that the track and trace system collates multiple data sources such as GIS to track an infected person’s exposure and who they may have unknowingly exposed to the virus.

“This reduces the current reliance on the patient’s own recollections of who they may have exposed unknowingly and enables the Council for Scientific and Industrial Research to contact people who were in the same proximity as the patient.”

In certain communities, the DoH will be using trackers to trace primary contacts and ensure testing for secondary contacts.

Telkom has partnered with Samsung to distribute 1 500 handsets to trackers across the country, and the system will integrate the information collected by the trackers.

The successful development of this novel track and trace system is part of Telkom’s broader support in the fight against the spread of the pandemic in South Africa.