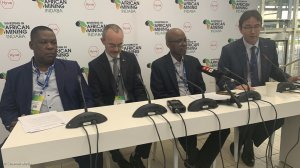 CAPE TOWN (miningweekly.com) – Minerals Council South Africa, which has 17 coal-mining members, on Tuesday expressed support for a just transition to cleaner energy in recognition of the issues relating to climate change.

“We are not at all or by any means climate change denialists,” Minerals Council president Mxolisi Mgojo said at a media conference at the Investing in African Mining Indaba, in which Mining Weekly participated.

“In actual fact, we understand the importance and the need for us as a country and for us as an industry to contribute to the whole climate change conversation and also solutions to how we also reduce the carbon footprint of the world, because, by and large, we are responsible, in what we do today, to the future of the next generation," Mgojo added.

What was needed was for South Africa to move from one form of energy mix to a cleaner former of energy mix in a way that did not create any further hardships for communities and broader societies.

He said it was unrealistic to assume that in the short term, all coal mining could be stopped and coal-fired power stations turned off, allowing the country to rely solely on renewable energy.

Minerals Council senior executive environment, health and legacies Nikisi Lesufi said there was going to be continued use of coal in the short to medium term and in the long term, coal would be phased out, which was encapsulated in the Integrated Resource Plan (IRP).

“Because of the diversity of energy supply that we have in place, we think that coal has got a seat at the table in terms of our transition. We are not forming a lobby group for coal,” Lesufi said in reference to last week’s report in Mining Weekly stating that the Minerals Council had called for an advocacy group to be set up in the coal sector to highlight its value to the South African economy as an industry and employer of 220 000 people across the coal value chain. A Minerals Council spokesperson was quoted as calling for an advocacy group at the fifteenth annual Southern African Coal Conference during a special session on the IRP.

“All we’re advocating for is to use coal in the short to medium term,” Lesufi stated.

Mineral Resources and Energy Minister Gwede Mantashe has expressed openness to the introduction of private self-generation for self-use.

Minerals Council members are now looking at self-generating 1 600 MW of renewable power in the next nine to 36 months, in partnership with the long-term baseload capability that will be provided by coal.

Baxter said a just transition towards more renewable and cleaner sources of power was necessary and that the council supported a transition to a growing role for non-fossil fuel forms of power generation such as wind and solar power and, where cost was not prohibitive, nuclear power.

“When we refer to a just transition,” said Baxter, “we mean that there are technical, social and economic grounds for a gradual, rather than an immediate move away from coal.”

A further key factor was the communities and employees whose livelihoods depended on coal mining. In countries where policy decisions had been made to eliminate coal power, compensation for this loss of revenue to affected businesses and communities was significant. A comparative exercise looking at what Germany planned to spend on this compensation showed a figure greater than South Africa’s combined annual expenditure on health and education.

South Africa’s coal sector employs close to 100 000 people and almost double that number have indirect employment as a result of coal mining.

Baxter also spoke of the South African mining industry’s progress in terms of greenhouse-gas emissions, which had seen a significant decline in the past 12 years in particular. The reason for this is a combination of the more than 500% increase in electricity prices over a decade and the gradual contraction of deep-level and power-intensive gold and platinum mining.

The most resounding call from the Minerals Council, however, was for government to fast-track legislation that made it possible for mining companies to generate their own power.