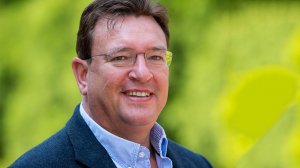 The JSE-listed Metair group has acquired a 25.1% shareholding in Germany-based battery manufacturer and supplier, Akkumulatorenfabrik Moll (Moll), at a cash price of €7.425-million (R111.4-million).

Metair is a global manufacturer, distributor and retailer of energy storage solutions and automotive components.

This investment in Moll is in line with Metair’s globalisation strategy, said the company in a statement released on Tuesday.

The acquisition provides Metair with a presence next to its European customers in Germany and expands Metair’s global reach through access to European and Asian markets.

Additionally, it creates scope for product expansion across the mobility range and across technologies such as electric bikes, three-wheelers, trucks and electric vehicles, noted the company.

Founded in 1945, Moll is a battery supplier to the car and truck industry.

It manufactures a range of batteries at its site in Bad Staffelstein, in Germany, and supplies European car manufacturers such as Audi, Daimler, Porsche, Skoda, Seat, Lamborghini, Liebherr and Volkswagen.

Moll has a distribution network across Europe and Asia through three wholesalers. The company employs around 280 people.

Moll has the capacity to produce 1.4-million batteries a year.

Chaowei Power Holdings acquired a stake in Moll in 2013 and, since then, the companies have partnered on the development of enhanced flooded start-stop batteries (EFB) for supply in China.

Chaowei is a Chinese company listed on the Hong Kong Stock Exchange and is the largest producer of lead-acid electric bike batteries in China, with an annual production capacity of more than 140-million batteries.

It also produces around 300 000 lithium-ion pouch type cells for use in electric bikes.

“This acquisition is an important next step in the delivery of our strategic objectives for the energy storage vertical and builds an incubator for a partnership with Moll and Chaowei,” said Metair MD Theo Loock on Tuesday.

“It also provides Metair with a small, but very critical access point into the Chinese market, laying the platform for future technology transfer and cooperation.”

Metair gains access to the Chinese market through Moll’s 5% shareholding in Chaowei’s greenfield automotive production facilities, in China, which are in the process of being finalised.

This 60 000 m2 manufacturing facility is expected to produce four-million automotive aftermarket batteries by the end of 2018.

A technical aid agreement on the advancement of Moll EFB and EFBPlus technology forms part of the transaction, which will facilitate technology transfer to Metair.

Following the Metair acquisition, the equity shareholding of Moll comprises the Moll-Mohrstedt family at 39.66%; Leadnew Limited, a subsidiary of Chaowei, at 34.46%; Metair at 25.1% and Moll Beteiligungs at 0.78%.