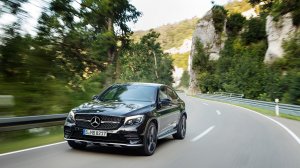 In 2017, Mercedes-AMG celebrates its fiftieth anniversary. The company from Affalterbach, founded by Hans Werner Aufrecht and Erhard Melcher, today acts as the sports car and performance brand for German carmaker Daimler.

The AMG badge has grown rapidly in popularity since 1967, nudged on by Daimler expanding the range in recent years.

In the domestic market, Mercedes-Benz South Africa (MBSA) also saw a jump in AMG sales in 2016, despite South Africa’s total new-vehicle market having declined by 11.4% in 2016 compared with 2015. The premium car segment in South Africa suffered a similar, negative fate.

Govender says consumers who can afford AMG models are “in the top end of market. They are more resilient, with a lot of resources at their disposal. The impact of a negative economy will take longer to take effect on them”.

Another reason for healthy AMG sales in the South African market is a recent, aggressive drive to grow the range.

“The AMG range has been expanded quite significantly as to draw in new customers,” says Govender.

“Almost the entire AMG range is available in South Africa,” he adds.

Consumers in the domestic market can choose between 37 AMG models, with the range set to expand to 40 by the end of 2017.

“Hopefully we can achieve another record sales year in 2017,” says Govender.

Made in SA
MBSA in March announced that it would, in the second half of the year, add three new derivatives to its production line at the company’s East London plant, in the Eastern Cape.

The total investment for the new model introductions will be more than R200-million.

The AMG engines will be fully imported.