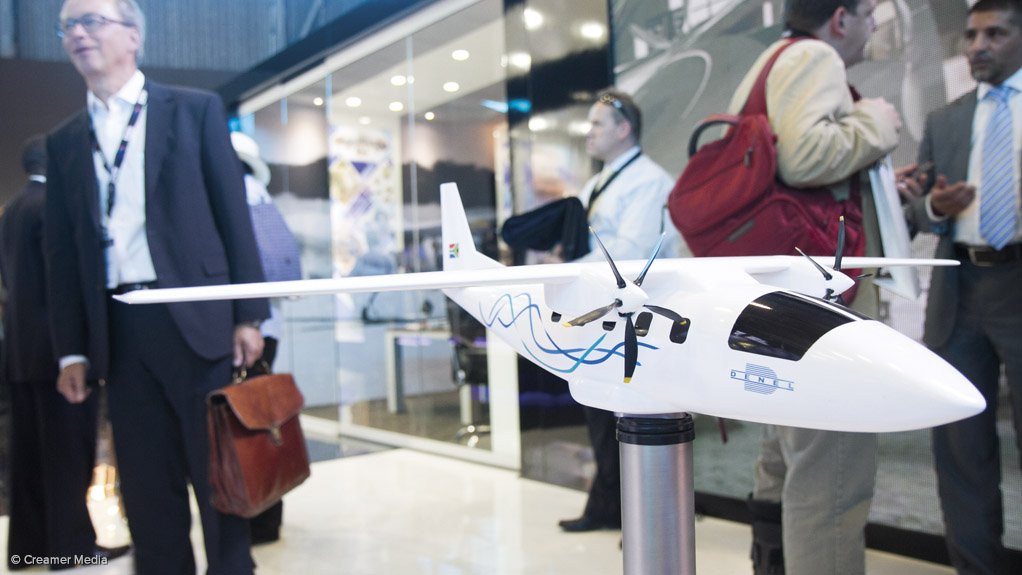 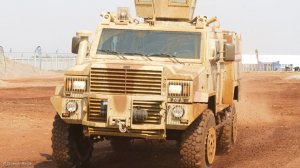 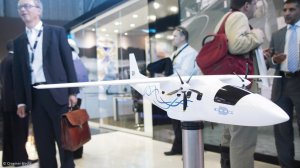 Photo by Duane Daws
RG32M VEHICLE Eight RG32M vehicles will be supplied from Denel to Namibia by March this year
Photo by Duane Daws
EXHIBITION A range of Denel’s technology will be showcased at the IDEX 2017 exhibition in Abu Dhabi, in United Arab Emirates

Last month, international consultancy company Deloitte projected a growth of more than 3% in global defence spending in 2017 after years of declining budgets.

Owing to this, State-owned defence company Denel acting CE Zwelakhe Ntshepe says this growth will be particularly strong in the Middle East and North Africa (MENA), where a number of countries are starting to acquire next- generation military equipment.

In support of this notion, Denel had a strong presence at the International Defence Exhibition and Conference (IDEX 2017) hosted in Abu Dhabi, in the United Arab Emirates (UAE), from February 19 to 23.

“The Middle East is a region that is very familiar with the quality of Denel’s products especially in the fields of artillery and armoured vehicles and we want to build on this reputation by exhibiting our capabilities,” he explains.

Top defence decision-makers and industry leaders from Gulf countries such as the UAE, Oman, Qatar, Kuwait and Saudi Arabia attended the biennial show that takes place at the Abu Dhabi National Exhibition Centre. He says that the Middle East is a vital region for Denel, owing to it earning almost 60% of revenue from exports. Denel Vehicle Systems (DVS) recently started with the delivery of its RG31 Mk5 mine-resistant vehicles to a client in the UAE following on a similar contract to supply the 4 × 4 N35 armoured vehicles.

“Our reputation in the region is well-established based on the quality of landward defence products such as artillery systems, armoured vehicles and mine-resistant vehicles. IDEX 2017 was a great opportunity for Denel to cement our reputation and create interest for other products in our portfolio,” he explains.

He points out that a range of missiles manufactured by Denel Dynamics was on display at the Denel stand. This included the Umkhonto-EIR surface- to-air missile, the A-Darter air-to-air missile and the Ingwe and Mokopa surface target missiles. The Cheetah surface-to-air missile manufactured by Denel Dynamics and specialised developer of large- and medium-calibre ammunition Rheinmetall Defence Munitions (RDM), which offers defence forces comprehensive counter rocket, artillery and mortar capabilities, formed part of the Rheinmetall Air Defence stand.

He points out that the iNkunzi PAW20 is a 20 × 42 mm semiautomatic weapon, both the weapon and the ammunition are manufactured by Denel PMP. The weapon is carried by a single soldier and is highly effective in modern urban warfare conditions at distance up to 800 m.

Denel Land Systems displayed its range of 60 mm mortar systems, variants of the DMG-5 machine gun and its NTW 20 anti-materiel rifle that can be deployed against radar installations, bunkers and high value targets at ranges of more than 1 500 m. Ntshepe says scale models of the Rooivalk combat helicopter and the Oryx medium-sized utility helicopter were also shown at the Denel stand to highlight the company’s capabilities in aviation design, manufacturing, maintenance and repairs.

Last month, Denel reported that it is on track to deliver armoured patrol vehicles and lightweight remote weapon systems to Namibia within the next four months.

The company explains that the contract is substantial and consists of eight RG32M vehicles and four Self Defence Remotely Operated Weapon (SDROW) weapon stations. Denel Vehicle Systems CEO Johan Steyn says that delivery to Namibia was to have been completed by the end of January.

He points out that the RG32M is a mine- resistant light armoured vehicle that is widely used by peacekeeping forces globally. The latest version of the vehicle has been developed by DVS for deployment in Namibia, making use of the experience gained from the vehicle’s deployment in other parts of Africa, Asia, the Middle East and the Balkans.

“It can operate in a variety of roles and offers an ideal balance of protection and mobility. The vehicle transports five crew members with their kit and special purpose equipment. The four side doors and roof-mounted hatches allow easy entry and exit for both normal and emergency use,” Steyn explains.

The SDROW is a lightweight weapon system fitted with a light machine gun. It is designed for easy installation on a variety of vehicles and platforms. The system can be operated remotely by one crew member from under cover, including all weapon functions such as cocking, safety and firing.

Depending on the selected weapon configuration, the SDROW is effective against enemy targets at a range of over 600 m.