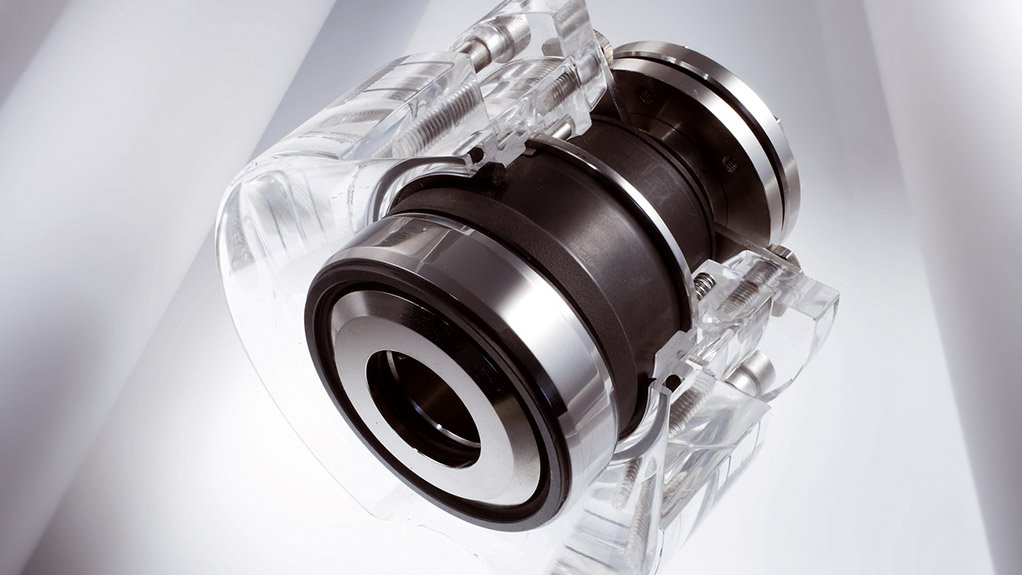 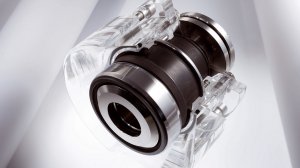 “There has been a significant move from using gland packing as a sealing mechanism in pumps to applying mechanical seals in slurry applications in the last two years.”

In light of this, companies are exploring alternative ways to reduce water consumption and, therefore, EagleBurgmann’s mechanical seals are a unique solution, as they do not require an external water source to ensure seal operation, he tells Engineering News.

“The mechanical seals from the HR slurry seal series are specially designed for use in media with high solids contents without external flushing or product circulation,” Botha points out, highlighting that design features include a rotating seat that is arranged directly on the pump impeller and a spring protective sleeve, which has proven to be highly effective.

“When compared with gland packing and component seals in the industry that can use about 10 ℓ/m, these seals use almost no water . . . reducing water use by about 100%.”

He adds that the seals’ utility costs also include electricity savings of up to 80%.

In addition to quick and easy installation, the seals incorporate a self-cleaning function, as their design allows for heavy, abrasive products or fluids to be dispersed from the seal face. They are easy to operate, reduce downtime during maintenance and increase mean time between failure, owing to the seals’ robustness and reliability, Botha says.

Further, the company has increased its stockholding of the mechanical seals in South Africa by about 80% in the last two years to meet increasing demand, Botha says, highlighting that EagleBurgmann can deliver most of the slurry solutions to customers in less than three weeks.

Seal Longevity However, Botha highlights the significant success of the seals’ longevity, citing two instances where the seals have been in use uninterruptedly for two years, with no maintenance and no external flush connections.

EagleBurgmann Seals SA was required to design a seal about two-and-a-half years ago for a gasification plant at a petrochemical refinery in Secunda, Mpumalanga, where the client required a seal to replace gland packing that caused significant water leakage and resulted in environmental issues.

“The seal will cross the two-year uninterrupted running mark this month, in an environment in which no one has managed to supply a seal to last longer than ten months,” he emphasises.

This success resulted in the company receiving another order from the same client in June this year for two trials, due to start in September.

Botha says, owing to the refinery’s no leakage and no vapour-leakage requirements, EagleBurgmann Seals SA will supply double mechanical seals for the trial applications.

“We also aim to have these seals in operation for two years, but if they function for longer than 12 months, we generally accept that they will be able to last for two years.”

Meanwhile, the company offered another seal solution – four single-design mechanical seals without external flush – to a platinum refinery in Rustenburg, the North West, which has also been running successfully for the last two years.

“The solution has been so successful that we have become the preferred supplier, while the refinery placed the company’s seals as a stock item in its stores and committed to replace the entire plant’s seals with EagleBurgmann seals over the next few years,” Botha says.

It has supplied seals to State-owned power utility Eskom’s power stations and to its flue gas desulphurisation plant, at the Kusile power station, in Mpumalanga, last year, Botha concludes.