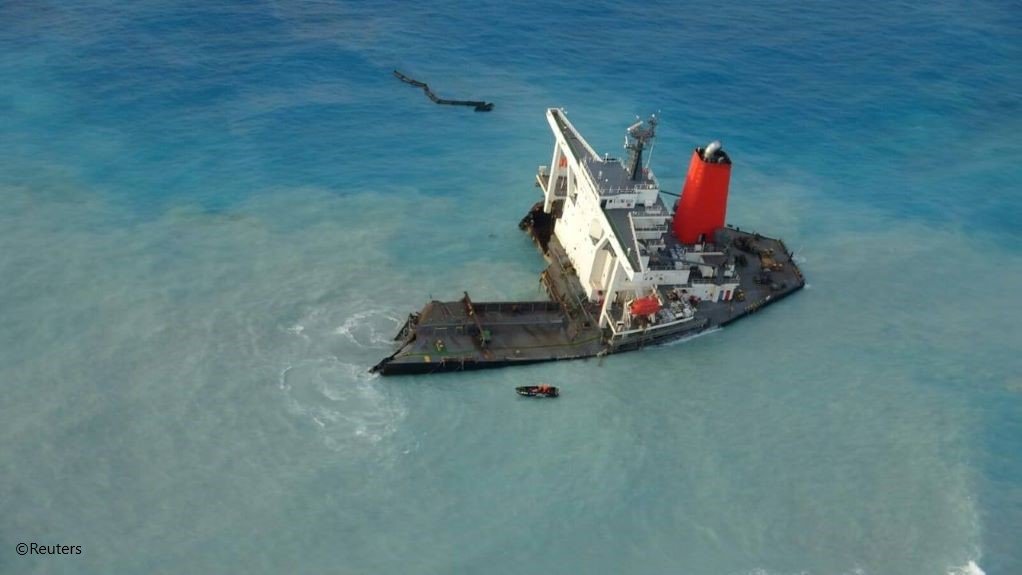 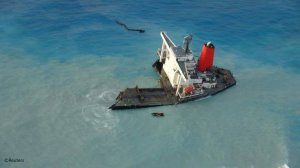 Mauritius said on Thursday it had started to scuttle the Japanese-owned bulk carrier that ran aground off its shores and spilled oil over pristine waters and fragile coral reefs.

The MV Wakashio hit a coral reef off the Indian Ocean island on July 25 and began spilling oil on Aug. 6, prompting the government to announce a state of environmental emergency.

Two of the ship's officers were arrested on Tuesday on charges of endangering safe navigation.

The government's National Crisis Committee said in a statement the exercise had started at around 1200 GMT.

"The ... Crisis Committee has taken note of the progress made with regards to the scuttling exercise of the stem section of the casualty which has reached the identified location as confirmed by the Chief Salvage Master," it said.

On Wednesday, the government said the ship's sinking would be done in a way that would avoid further pollution or interfere with maritime routes.

Scientists say the full extent of the spill was still unfolding but the damage could affect Mauritius and its tourism-dependent economy for decades.