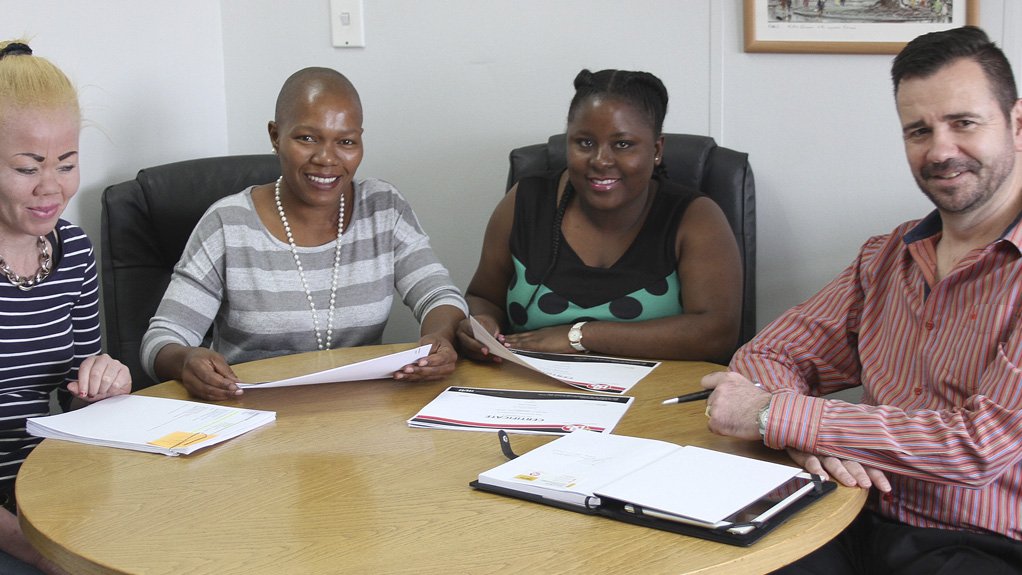 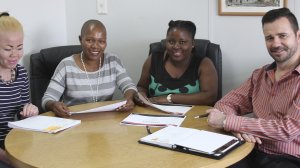 Construction products manufacturer Chryso Southern Africa (SA) Group is completely committed to the transferal of skills, socioeconomic development and transformation within the construction sector in which it operates, says human resources and organisation GM Brian Matthee.

He says Chryso, which has operated in South Africa for the last 20 years, has firmly established itself as a company that has consistently ensured its staff’s welfare and development, irrespective of gender or race. The group – which employs disabled people in production roles – spent over R3.3-million on corporate socioeconomic development last year.

He states, “The South African construction industry has never been a major employer of women and this is why Chryso, and its subsidiary cement additives manufacturer a.b.e. Construction Chemicals, have placed particular emphasis on developing female skills and introducing schoolgirls to career opportunities in construction.” He adds that it is an ongoing process with diverse facets, but with the common goal of transformation, equal opportunities and skills development.

Matthee says 65 a.b.e. employees and about 30 Chryso SA employees will be benefiting from the training initiatives, which are valued at more than R1-million, during 2016.

Both Chryso SA and a.b.e. Construction Chemicals are providing ongoing employment to interns and learners, all drawn from previously disadvantaged backgrounds, the majority being female.

Members of the production staff have successfully completed Chemical Operations (Chem OPS) training provided by the Institute for Quality’s Education Training and Development department, and there are now 14 Chem OPS learners in the a.b.e. factory in Boksburg – of which two are disabled – and another one in the Chryso laboratory in Jet Park.

“This National Qualifications Framework training is being provided as part of Chryso’s commitment to broad-based black economic empowerment. Chem OPS training holds Chemical Industries Education and Training Authority accreditation and opens the door to internal promotion within our LC group, or career opportunities in the wider construction industry,” Matthee adds.

Chryso Group is also providing internships in both its finance and human resources divisions – some as lengthy as 70 weeks – and annually hosts visits by secondary schoolgirls as part of the government’s TechnoGirl ‘job shadowing’ programme.

The group has also established a broad-based empowerment trust, which identifies and assists historically disadvantaged individuals who have fallen on hard times, by providing comprehensive training in the application of a.b.e. home improvement products. Chryso hopes that the training will lead to the trainees establishing their own businesses and becoming “financially mature” so that they can create work for the unemployed in the construction sector.

Voluntary confidential counselling and testing awareness campaigns for HIV/Aids are in force, and a mobile clinic is brought to the group’s operations annually for free general medical check-ups for staff.

A partnership has been entered into with business incubator Raizcorp, which offers business support services and entrepreneurship programmes to South African commercial start-ups. A total of R800 000 was spent last year on training six selected potential entrepreneurs in a range of aspects of their proposed business operations. This training, which involves several of the Chryso Group’s departments, stretches over a year and has led to the establishment of at least one budding construction company.

The group spent over R1.5-million last year on helping previously disadvantaged students finance construction and engineering-related courses at Gauteng universities, two of which have already completed degrees. Additionally, the group spends hundreds of thousands of rands on donations to worthy organisations, such as the South African Medical and Educational Foundation and Girls’ and Boys’ Town.

Matthee concludes that, “all of these wide-ranging initiatives are, we believe, exemplary for the South African construction industry and testify that Chryso SA Group is totally committed to South Africa and its special priorities”.