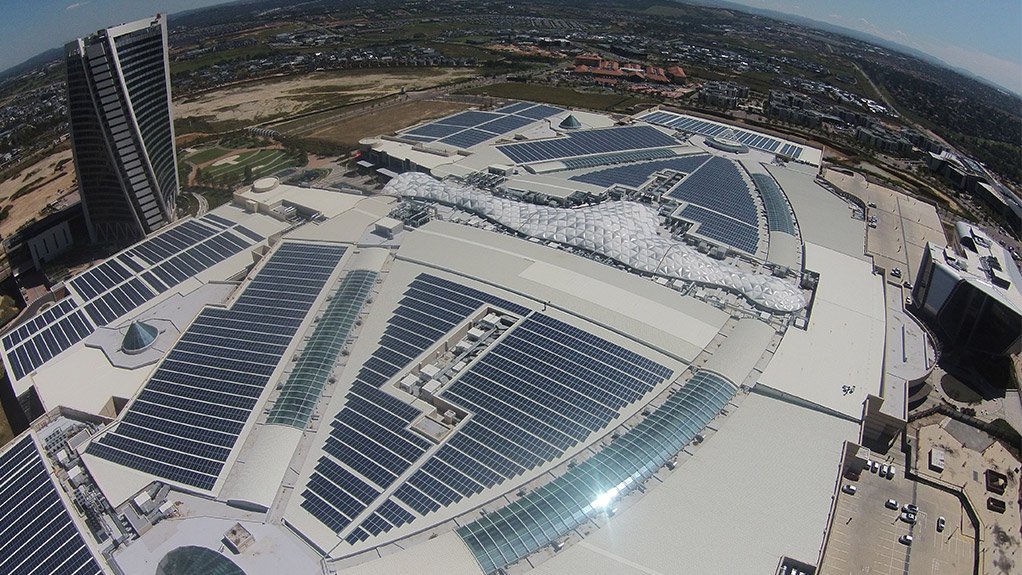 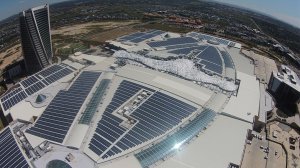 Mall of Africa is set to unveil a world first in integrated renewable energy systems, with the largest rooftop solar photovoltaic (PV) system of its kind in the southern hemisphere and tenth worldwide.

The 4 755 kW installation covers most of the available mall roof space, an area of about 45 000 m² and the energy generated will be used to power the mall’s daily operations.

Located in the heart of Waterfall City, in Johannesburg, Mall of Africa is owned in a joint venture by Attacq (80%) and Atterbury (20%), and is South Africa's largest shopping mall ever built in one phase, offering over 130 000 m2 of retail space.

“In the month that saw South Africa’s government launch an Integrated Resource Plan with a clear prioritisation of renewable energy as the path to our country’s energy security, we are thrilled to be announcing our own innovation in renewable energy generation.

The resulting reduction in traditional electricity consumption will alleviate pressure on the national power grid, allowing for greater available capacity to support the substantial local economic growth currently experienced in the Waterfall area.

In addition to ensuring that the mall reduces its carbon footprint, this project also created temporary employment for 50 people and full-time jobs for two further employees.

Atterbury played an integral role in the installation of the solar PV system. Atterbury MD James Ehlers stated that the company had long ago realised the importance of integrating solar-smart solutions into its buildings, with this system one of many that will be installed across its portfolio.

Solareff CEO Jaco Botha indicated that the system is estimated to be able to produce 7 800 MWh/y.

“Solareff and Attacq successfully worked through the lengthy legal process, together with Nersa and Eskom, to ensure full legal compliance for this solution – the first of its size in South Africa.”

Positive environmental impacts of the solution represent savings of 8 034 t/y of carbon dioxide and 439 436 t/y of coal. It also results in 157 fewer coal delivery trucks on the road a year.