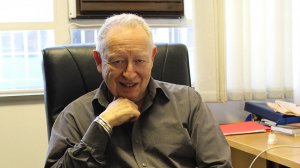 The report evaluates the transparency of corporate reporting by 100 companies operating in South Africa.

It assesses the public disclosure practices of these companies based on their anticorruption programmes (ACP), levels of organisational transparency and country-by-country reporting mechanisms.

This report is part of Transparency International’s series of reports, Transparency in Corporate Reporting, which evaluates disclosure practices of major companies in countries around the world, highlighting how transparency is key to combating corruption and enabling accountability.

To mark the release of the report, the three partner organisations hosted a webinar to present and discuss the findings and recommendations.

The companies included in the report represent all industries and include 61 JSE-listed companies, 11 large privately owned companies, seven State-owned enterprises and 21 foreign multinationals – of which eight have JSE listings.

The focus is on corporate reporting practices and transparency around activities and performance, with a view to measuring the anticorruption standing of key private sector players in the country.

In terms of the ACP, the partners looked at whether companies have anticorruption policies in place and what stakeholders it covers, as well as whether it speaks to the materiality of corruption.

The aspect of organisational transparency related to whether companies are conducting training and communicating their ACP programme, and to which stakeholders, as well as whether companies report on incidents of corruption.

Country-by-country reporting related to financial data and whether companies report on profits made, taxes paid and capital expenditure spent in other countries they operate in.

The average score of the 100 companies across the three themes was 59.5%. Broken down by theme, the companies had an average score of 58.7% for ACP, 89.9% for organisational transparency and 36.2% for country-by-country reporting.

Rand Merchant Bank, City Lodge, Exxaro Resources, FirstRand and Standard Bank were among the highest scoring respondents, averaging a 85.2% score across all themes.

CW executive director David Lewis, together with CW primary researcher Melusi Ncala and CW project associate Tawanda Kaseke, explain that there was a considerable gap between the leading firms and the sample average, indicating that there is much room for improvement for most companies surveyed in relation to their reporting and transparency.

They add that those those companies listed on the JSE, which are regulated by the exchange, fared much better than privately-owned companies that are not subject to regulatory requirements.

This is evident in the 66.3% average scored by JSE-listed companies across all three themes, against the 26.7% scored by private companies.

In contrast, seven State-owned enterprises assessed in the report, as a group, averaged just below the full sample, with an overall score of 58.1%, coming in above foreign-owned companies, which averaged 57.4%.

The worst performing sectors were found to be logistics and transport, information and communications technology and construction.

ODI senior research fellow Stephen Gelb says the aim of this report is to highlight areas for improvement in corporate governance, particularly in assisting the South African private sector to be more rigorous in reporting about its ACP, as well as the implementation thereof.

The report recommends including more detail in anticorruption policies that encompass all stakeholder groups and types of corruption, prohibiting contributions to political organisations and individuals, and defining how the company can help to end corruption.

Indeed, Lewis notes that one of the poorest-scoring questions for the sample of companies was on whether company policy explicitly proscribed contributions to political organisations and individuals.

“The need should be obvious for companies to adopt this position and be seen to have done so, yet many companies still have not.”

The report mentions that the fight against corruption cannot be waged within individual corporations alone, but must extend across a broad scope of stakeholders within and outside the business sector.

Lewis states that reporting on a range of social, environmental and governance issues has become custom, owing to a combination of legislative requirement and peer pressure.

CW intends to do a further study on at least four South African companies and do a deep-dive examination on what makes a company more vulnerable to corruption and why others are less prone to it.

Former JSE CEO Nicky Newton-King says that, instead of trying to overregulate what corporates are required to report on, stakeholders should instead set a precedent of what they expect before, for example, investing in a corporate company or procuring services from a privately-owned company.

She believes corporates and investors have agency to keep their peers and private companies to account to be more transparent about anticompetitive behaviour, which will achieve more desirable outcomes than regulation necessarily could.

IchorCoal CEO and JSE chairperson Nonkululeko Nyembezi-Heita says disclosure, or transparency, is the sanitiser of corporate conduct and is a cornerstone of how the JSE operates – by making sure there are high levels of disclosure so that stakeholders can judge for themselves how corporates are doing.

However, she adds that overregulation has diminished returns and stakeholders should rather seek to promote or demand a culture of ethical leadership among their peers, clients, suppliers and other stakeholders.

“As society demands more ethical conduct from goods and service providers, it will help to effect change and get the ball rolling on reporting and effecting anticorruption activity.”

Business Unity South Africa CEO Cas Coovadia agrees, stating that the pain of being called out by their peers is more severe than regulation for any company and that businesses need to keep each other in check with their behaviour, policies and practices.