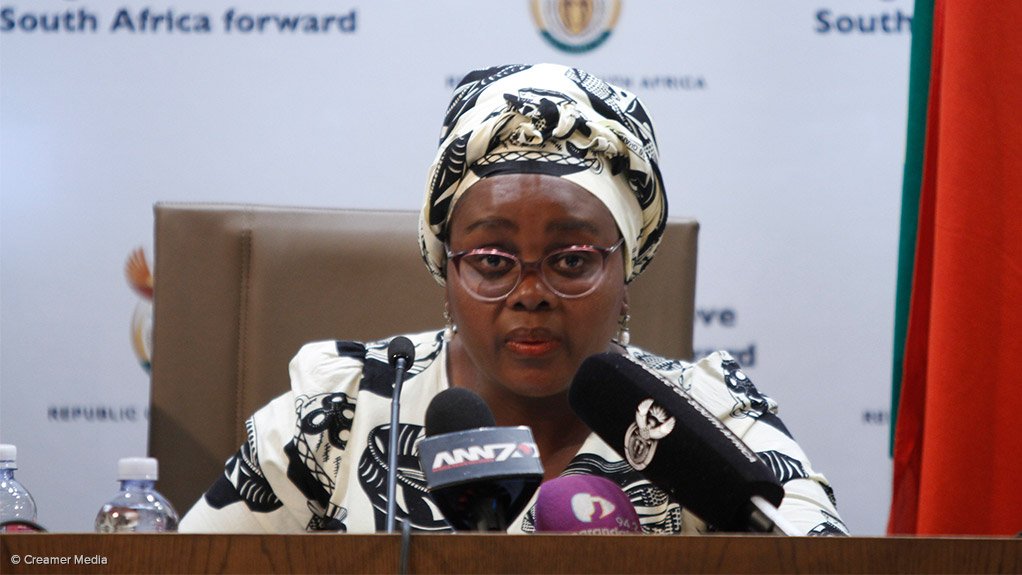 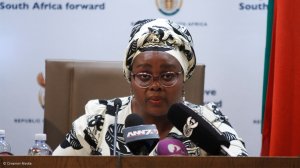 Energy Minister Mmamoloko Kubayi opened the window on Friday for the signing of contracts for 26 renewable-energy independent power producer (IPP) projects that have been on hold since 2015 when Eskom indicated it was no longer willing to enter into further power purchase agreements (PPAs), owing to the utility's return to surplus capacity.

However, the Minister also stipulated that all the projects would be subject to a 77c/kWh tariff cap; a price point that could prove challenging in light of currency, inflation and equipment changes since the projects were procured, as well as the fact that a number of bid quotations for Eskom grid connections had escalated materially over the past two years.

Speaking in Pretoria on Friday, Kubayi also said the 77c/kWh would apply to all the technologies procured during bid windows 3.5 and 4 of the Renewable Energy Independent Power Producer Procurement Programme (REIPPPP), including the outstanding concentrated solar power (CSP) project procured during Bid Window 3.5.

It was unclear how the 100 MW Redstone CSP project could meet the cap, which is below any tariff bid for a CSP project domestically or internationally. However, it is also uncertain whether all the solar photovoltaic (PV) and onshore wind projects would be able to meet the threshold, particularly given turbine technology changes since 2015, the closure of local manufacturing capacity and escalation in both construction and grid-connection costs.

Kubayi said the pricing decision arose as a result of consultations, which had been under way since May, between the Department of Energy (DoE), the National Treasury, the Department of Public Enterprises and Eskom.

She offered no insight into how the 77c/kWh level had been determined, but said it was made in a context of serious fiscal stresses and a desire to protect government’s balance sheet from any failure by Eskom to meet its commitments. The National Treasury has extended guarantees to Eskom for its purchase of electricity from the renewables plants in the event it is unable to recoup the costs through the tariff.

Eskom had submitted a tariff application to the National Energy Regulator of South Africa (Nersa), while the recent Constitutional Court judgment with regard to the Regulatory Clearance Account (RCA) in favour of Nersa “paved the way for Nersa to implement tariff adjustments in line with the approved RCA”.

The IPP Office, which is run jointly by the DoE and National Treasury, had been given a mandate to renegotiate the tariffs bid by the IPP during the two bid windows in question, while a date of October 28 had been set for the signing of the PPAs.

Kubayi added that the decision to sign was “binding” on Eskom, which should “ensure all contracts are in place for signing on 28 October 2017".

“I will meet with all IPP participants in all Bid Windows, to discuss issues of concern from IPPs and for government to give feedback on concerns before the date of signing.”

The commitment to sign did not include the additional projects bid under the so-called expedited round of Bid Window 4, nor the small-scale renewables projects.

In addition, all future procurement of IPP capacity had be placed on hold until after the completion of the Integrated Energy Plan (IEP) and the Integrated Resource Plan (IRP). Kubayi said the DoE was “working around the clock” to finalise the IEP and IRP by February.

She added that, while the REIPPPP has been a success, government was aiming to improve the programme before further bid windows were entertained. She gave particular stress to the need for higher levels of South African and black ownership.

Government expected the majority of the 26 projects to only begin entering production during 2021, which is when Eskom believes there will be a greater balance between supply and demand.

The immediate reaction from the wind and solar PV industries to the Minister’s announcement was cautiously positive.

The South African Wind Energy Association (SAWEA) said it was “very pleased” with confirmation that the outstanding PPAs would be signed by the end of October, while the South Africa Photovoltaic Industry Association (SAPVIA) said the announcement would bring much needed investment, while securing current jobs and manufacturing investments in the sector.

“Minister Kubayi’s announcement sends an important signal, particularly to those who recognise the contribution that renewable power is able to make to South Africa’s economic growth,” SAWEA CEO Brenda Martin said in a statement.

Martin said the delayed projects represented a combined value of R58-billion in investment and would create over 15 000 jobs.

However, SAWEA was concerned about the imposition of a condition that the tariffs for the unsigned projects be renegotiated to under 77c/kWh. "This condition, which requires tariff negotiating, is illegal in the REIPPPP rules."

SAWEA was, thus, looking to the Minster for guidance as to how this condition would be imposed and and had requested an urgent meeting with her office this week.

SAPVIA said that, while the delays had endangered long-term investor confidence, the announcement sent a “positive signal to the market that the government is committed to ensuring renewable energy plays its part in the future energy mix in a manner that ensures economic transformation of the sector”.