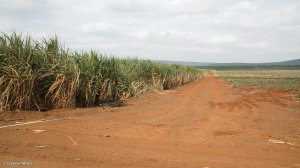 Photo by Creamer Media
PRESERVING NATURE Local communities, representatives of the Tanzania government and the TFCG decided that the Magombera Forest be declared a nature forest reserve

Following the declaration to establish the Magombera Nature Forest Reserve, Kilombero Sugar Company on whose land part of the reserve has been established, extends its appreciation to the government of Tanzania and the many other stakeholders involved in this successful outcome.

The Magombera Forest is an important place for local communities who depend on the adjacent land for rice and sugar farming. Without the invaluable ecological services provided by the adjacent forest, this important agricultural region would be under serious threat from floods and soil erosion.

The Magombera Nature Forest Reserve is set to break boundaries in forest conservation in Tanzania, by ensuring that tourist entrance fees will go both to local communities and to the government’s managing authority.

Kilombero MD Guy Williams says the formal establishment of the reserve has followed discussions over many years, culminating in the negotiations in 2016 between Kilombero, local communities, representatives of the Tanzania government and the Tanzanian Forest Conservation Group (TFCG). It was decided that the land would be declared as a nature forest reserve (a protected area), under the management of TFCG whose responsibilities include the continued protection of the reserve and the promotion of its conservation value.

“As part of the Illovo Sugar Africa group, and in combination with its environmental commitments towards environmental resource protection, we are extremely pleased with the outcome and wish government and the TFCG every success in the managing and promotion of this ecologically valuable land,” says Williams.

Recognising that local and international conservationists regarded the Magombera Forest as a threatened area of tropical lowland forest, high in biodiversity value with unique flora and fauna, Kilombero has never used that area of its land for large-scale agriculture.

“Given that the forest is home to many endangered species and to other plants and animals not found anywhere else in the world, and the fact that its continued existence was under threat from poachers and illegal tree cutters who used the wood to make charcoal, we decided to play our part by agreeing to relinquish a section of our estate to allow it to become part of the globally unique Magombera forest ecosystem,” he says.

Williams notes the 2 615.3 ha reserve – originally known as the Magombera Forest – incorporates about 1 226 ha of land that formed part of Kilombero’s Msolwa Estate, occupied by Kilombero and leased from government for sugar cane agriculture.

The conservation value of the Magombera Forest first became known in the 1970s, but received international news attention through the scientific finding of a new chameleon species. The Kinyongia magomberae is a discovery, which, through global news coverage, became a major incentive for increased donor support and interest in the protection of the forest, along with endangered populations of Udzungwa red colobus monkeys, Verdcourt’s Polyalthia tree and the large-leaved Memecylon tree, among others.

The continued existence of the forest was given impetus in 2007 by Flamingo Land, through the establishment of the Udzungwa Forest Project in partnership with the University of York and the TFCG.