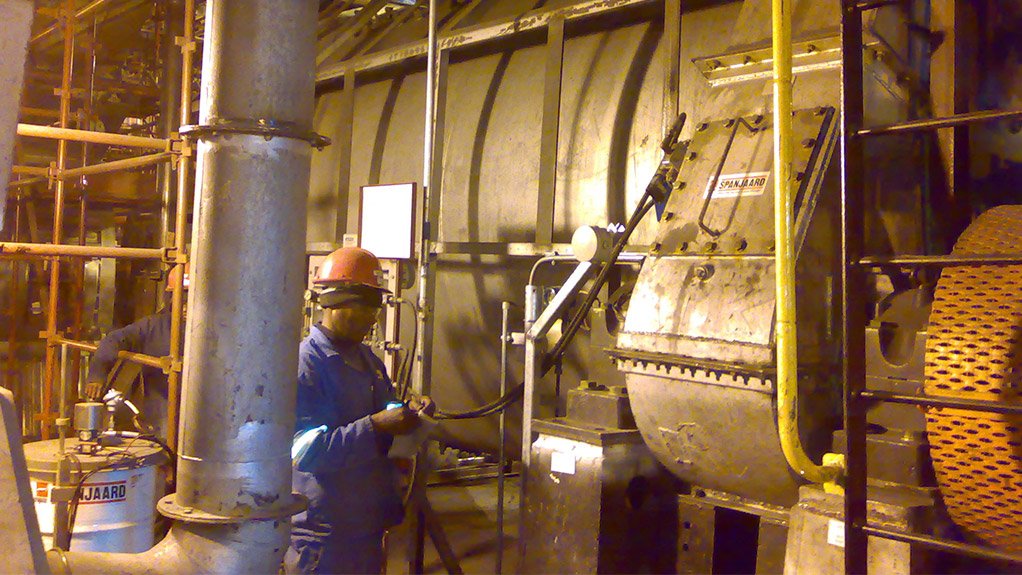 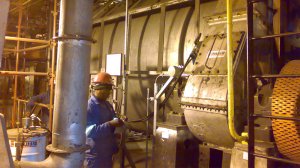 Spanjaard’s niche products include its semi-synthetic Wire Rope Dressing 1345 and RB2-X Grease, both of which have been available on the South African and international market for several years.

The company distributes its products to more than 25 countries worldwide.

Spanjaard claims that the Wire Rope Dressing 1345 is the company’s top-of-the-range wire rope dressing. Director Graham Cort says it is also probably the product for which the company is best known in the mining and engineering industries, adding that it is sold extensively to several mines in South Africa, as well as to mines in other African countries.

“The advantage of our wire rope dressing is that it is not bitumen based, which many competing products are,” he says, noting that certain bitumen-based products require heat before they can be applied, which results in health and safety hazards.

Cort further explains that the Wire Rope Dressing 1345 can penetrate wire ropes to their core. “We have mining clients whose employees cut wire ropes on a regular basis – as part of safety inspection procedures to determine rope integrity – and, through this process, we have discovered that our product has seeped right to the core of wire ropes, ensuring that they are well lubricated and protected against corrosion.”

Cort says bitumen-based wire rope dressings only coat the outer layer of wire ropes, which often results in moisture being trapped inside the rope.

Meanwhile, Spanjaard has developed a purpose-built conical funnel to assist in applying the wire rope dressing. “At the end of last year, we supplied one to a mine in Burkina Faso,” boasts Cort.

RB2-X Grease is a specialised version of Spanjaard’s RB2 Grease; it contains extra molybdenum disulphide to handle high-load or shock conditions. It is also suitable for use in extra-heavy-duty mining and construction vehicles, particularly those that operate in dusty or wet conditions.

Spanjaard MD Elista Nepgen describes this grease as being ideal for clients who have several different greasing applications and who require a single cost-effective grease product that can save storage space or simplify greasing tasks.

Spanjaard’s LGR-T Gear Oil has thixotropic properties, which results in the oil forming a gel when static and liquefying when kinetic energy is applied. This enables the oil to seal off leaks.

This product is commonly applied in old gearboxes that are in a state of disrepair, but which are still required to operate before they can be repaired, refurbished or replaced. It is used specifically in ageing, worn gearboxes with leaking seals. This application might also be useful in cases where a client cannot afford the downtime or cost to maintain old gearboxes.

However, it can also be used in smaller applications, such as in hand-held power tools like drills and angle grinders.

Local Development Although the formulae and composition of Spanjaard’s Wire Rope Dressing 1345 and RB2-X Grease have remained relatively unchanged since they were first introduced to the market in 1975 and 1991, respectively, Spanjaard’s research and development department, in Wynberg, regularly reviews products to ensure that the company keeps up with the changing demands of industry. Drivers for formulation changes include changes in legislation, new technologies of end-users and improved performance additives, among others.

Meanwhile, Cort tells Engineering News that an increasing number of South African expat- riates currently working at mines in other African countries are recommending Spanjaard products to Africa-based mines, owing to their experience with the products at mines in South Africa.